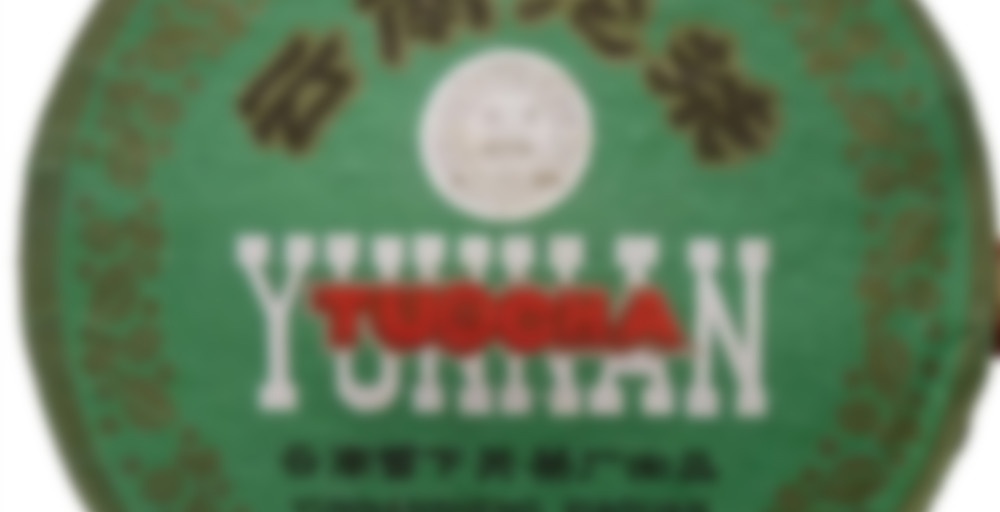 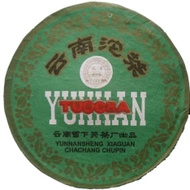 Xiaguan TF has been produced Jiaji Tuocha since 1951. Early used "CNNP"brand, after 1991 start to use “pine crane” trademark. Paper box Tuocha is superior to paper bag Tuocha in quality. Old green paper box Tuocha become the most popular product and much sought after. 2003 was a generally good year, full flavor and well-chosen maocha. After 8 years good storage, this tea can be very enjoyable to drink now, also can keep for a few more years. The tea produces a pure liquor with a full-bodied flavour and a flowery character that becomes more pronounced with every infusion.

I started the morning off with this one and am thus far, not in love. I don’t hate it, but it’s nothing to write home about. there’s a bit of a smoky, sweetness to this and the after taste on my tongue is weird lol

Send it to mrmo for some proper storage..

haha i wish! this was a sample so no more in my cupboard but if you think it’s worth another shot i’ll try it out again in the future!

I once thought that Sheng was feminine in comparison to its counterpart Shu; I stand corrected. This is a powerful brew! I opened the wrapper to reveal a dull green and jade Tou Cha. With pick in hand, I began separating a generous amount. A small and faint aroma of grass and shale emitted from the bird’s nest. I brewed in my yixing with boiling water. The wet leaves emit the scent of smoke, bitter greens and a sweet undertone. I washed the leaves. By the second steeping I was drunk. This brew has an intense overwhelming menthol flavor. It dominated with sharp and bitter with slight astringency. I could only hint at the sweet undertone after drinking and allowing my mouth to relax. I thought maybe that the sharp would die down and the flavor would plateau, but I was wrong. The intensity of this never died down. I assumed it to be slightly deepened, considering its twelve years old. I also came to expect a slightly lower quality considering price. I’m not sure if this Sheng is good or not, I couldn’t muster the strength to steep after round seven. If you enjoy an incredibly powerful sheng then this is for you. Also, as a last note, I do enjoy the box it comes in. I think it would come in handy for storage.

High quality tuocha, I don’t know any better Xiaguan Jia Ji than this (made after 2000). Very balanced and complex, much more interesting than usual Xiaguan smoke.