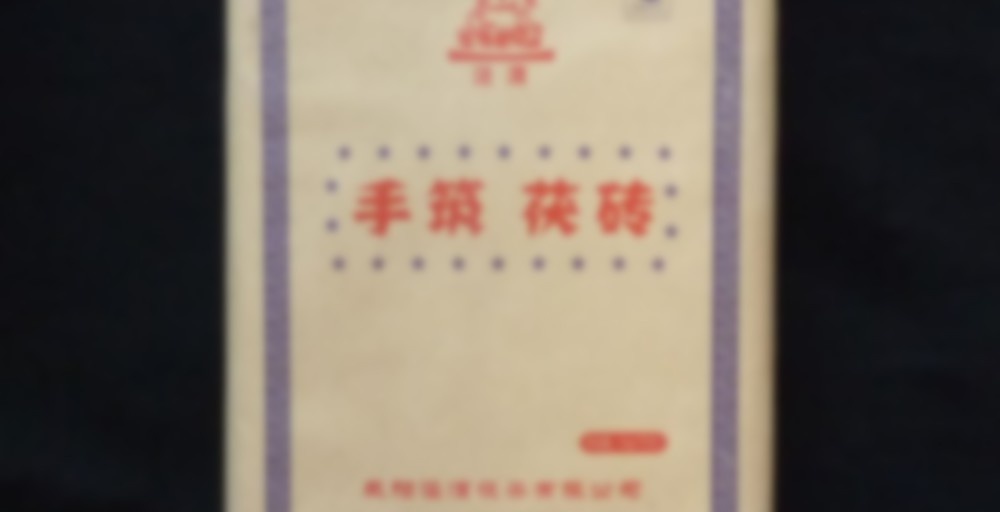 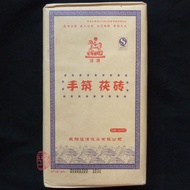 Hei Cha (dark teas) in Shaanxi province have very long history and tradition. Since 1368 (Ming Dynasty), Shaanxi merchants started to make dark tea bricks in Xianyang. They took dry raw material from Hunan province and transported to Xianyang by ship and houses. Process of Fu brick includes three elements : first, the water from Jing River is alkaline and it’s good for processing. Secondly, Xianyang is located in the arid and semiarid zones. Thirdly, there were many skilled workers at that time.

In 1953, government moved the Fu Cha factory from Xianyang to Yiyang in order to save transportation expense. So Fu Cha began to develop and flourish in Hunan province.

In order to make use of the abandoned and wasted high-quality summer and autumn tea material in Southern Shaanxi tea zone and recover 600-years traditional tea production technology, the “Jingwei Fu Brick Tea” project, a traditional tea production technology restored and developed by the company, was constructed in Xianyang Jingwei New District in April 2009,. The project, with a floor area of 33.5 mu, an investment of 0.12 billion yuan and an annual productivity of 5,000 ton, is expected to increase the income of local tea farmers by 80 million yuan each year after being put into production.

This 1kg brick is made from 2010 selected organic material and stored one year in the factory before go out. It is entirely made by hand and its craft is very complicated and exquisite. After special processing, fermentation and storage, reproduce “golden flowers” in the tea! This is very prized and interesting tea. People have called it the golden flowers “Jin Hua”. The Aspergillus Cristatus is the dominant germ in the Fuzhuan, contributing to the special quality of the tea.

Brewed tea have orange clean color and strong flavour. Sweet and mellow taste, never bitter with long floral aftertaste. This tea is flavoured by the “golden flower” – golden flower give some of original sweet scented for this tea. The taste is richer and multiple.

The quality of this Fu Brick is the same with last year’s products which were fully sold out.

Leaf Quality:
I opened the sample bag to find a generous sample of this Fu Zhuan. Immediately, I could see that there were “Jin Hua” or “Golden Flowers” covering the surface of the sample. As I carefully separated the layers, I found the Golden Flowers to be everywhere, inside and outside. Most of the brick was comprised of leaves, however there were a few stems. The dark leaves smelled sweet. After brewing, the leaves smelled like baking flour but remained sweet and floral.

Brewed Tea:
The brew was a light golden brown. Some of the Golden Flowers managed to float on top. The tea smelled sweet, a bit musty, and floral. It tasted sweet, floral, and had a lingering aftertaste of sweet mushroom. This tea proved to be very delicate.
Second Steeping
This brew was sweet and floral. In the second sip, I noticed a bit of “zing” similar to the sensation of tasting a lemon peel. This same “zing” quality I noticed in another tea that had the “Golden Flowers”. I could also taste the baking flour note more in the finish. There was a slight aftertaste of sweet mushroom. The aftertaste actually reminded me of a ripened pu-erh.
Third Steeping
This brew was very floral. The sweetness remained the same from the second brew, and balanced out the almost grassy aftertaste. There was also a spiciness to this brew, almost like cinnamon. Each sip brought on new flavors.

What a great tea to end the year with. The aftertaste changed with each brew, and new flavors were unlocked with each sip.

I decided to try a new tea on my last Chawangshop order. This is a hei cha with golden flowers. Frankly I don’t know how to describe this tea, it is very unusual. It brews a light golden brown. The soup is not thick like ripe pu erh, but the leaves look like shu, with lots of tiny gold dots everywhere, and a number of stems. The flowers, I assume, impart a very unique taste that I can’t put my finger on. It is an easy going tea, though I’m not sure if I like it. My wife enjoyed it. It’s only a couple bucks to sample so if you are curious, give it a try if you place an order with them!