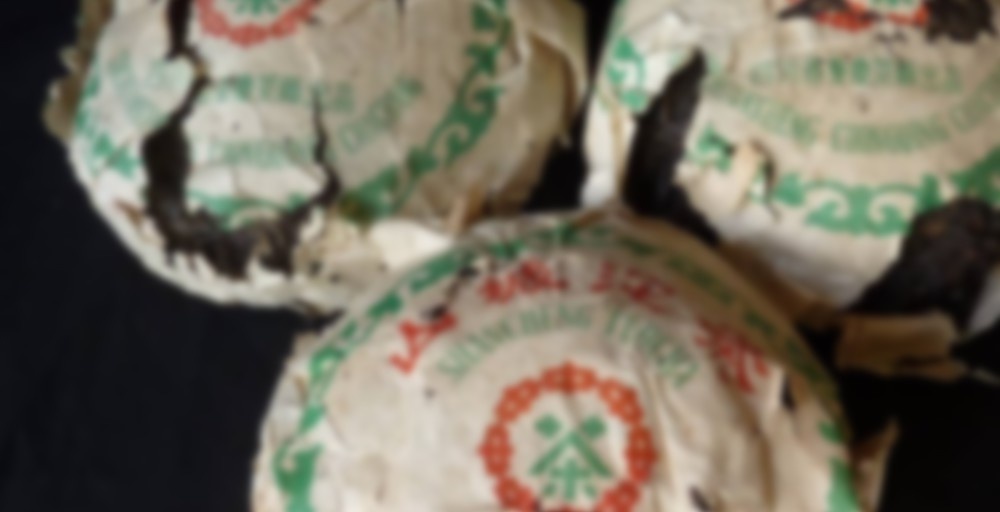 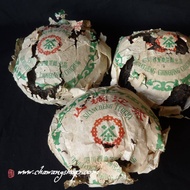 This beautiful aged tea is one of the most remarkable and unique dark tea products. Chongqing Tuo Cha (named after the city of Chongqing, Sichuan prov.) is famous product with long history and cultural tradition (since 1953), and exported to many countries. By the 1970s, the annual sales of Shancheng Tuo Cha has reached more than 8000 tons, several times larger quantity than the Xiaguan Tuo Cha production. On August 1983, This product was awarded the gold medal at the 22nd session of the World Food selection meeting in Roma; In 1985 won silver medal of National China quality product.

This tea is composed of selected material which come from 14 tea areas in Sichuan province, made by traditional manner and modern methods (hong qing, shai qing and chao qing) and pressed into tuo cha form. This tea was stored in Chongqing where is hot but not humid place until 2003, later moved into Guangdong good storage by tea collector. No signs of mold or other negative weirdnesses which could make the tea a pain to drink! The wrapping paper was yellow and became very brittle with age. The tea are broken and very easy to be crushed. There is not a complete tuo at all. This is the reason why the tea is very cheap for its age and quality. We recommend you buy sample first. We offer 8g sample with similar price like whole tea! For buy sample click here.

This is my first review of the year 2013. This is a dark tea, but it’s not a pu-erh. It will be interesting to see how the age has effected this tea.

Leaf Quality:
The leaves were pressed together and were easily separated from each other. Most of the leaves were dark brown, however some looked a dirty green. The tea smelled slightly sweet, and had the earthiness of a ripened pu-erh. The brewed leaves smelled leathery and earthy. They expanded, showing some leaves were quite long and others shorter.

Brewed Tea:
I “rinsed” the tea once, but decided to keep that water in a separate cup. The rinsed brew was a light golden-red color; the first brew was a deep red. The tea was very aromatic. It was mossy, woody, sweet, and fruity. After each sip came a slight earthy aftertaste.
Second Steeping
This steeping was smooth and sweet. The earthy aftertaste was still present, and the moss and wood notes held strong. The brew was very clear, which was unexpected given the storage conditions of the tuo cha.
Third Steeping
In this steeping, the tea had mellowed down a bit. I noticed a more floral aftertaste, and a fruit-like quality different from the previous brews. It wasn’t as smooth as the second steeping, but it retained all the mossy and woody notes as before.
Fourth Steeping
The color of this brew was gold. The earthiness was prevalent, with woody and mossy notes following. The tea was again silky smooth and floral. I liked this steeping the best.

Good lord, a tea this old must have been expensive! I mean, my parents were still in high school when that was picked. o_o

When I saw the year, I knew I needed to try this. I was going to buy the more expensive full tuo cha, however they recommended trying a sample first. So I just tried the sample, which isn’t nearly as expensive as the full thing thank goodness.