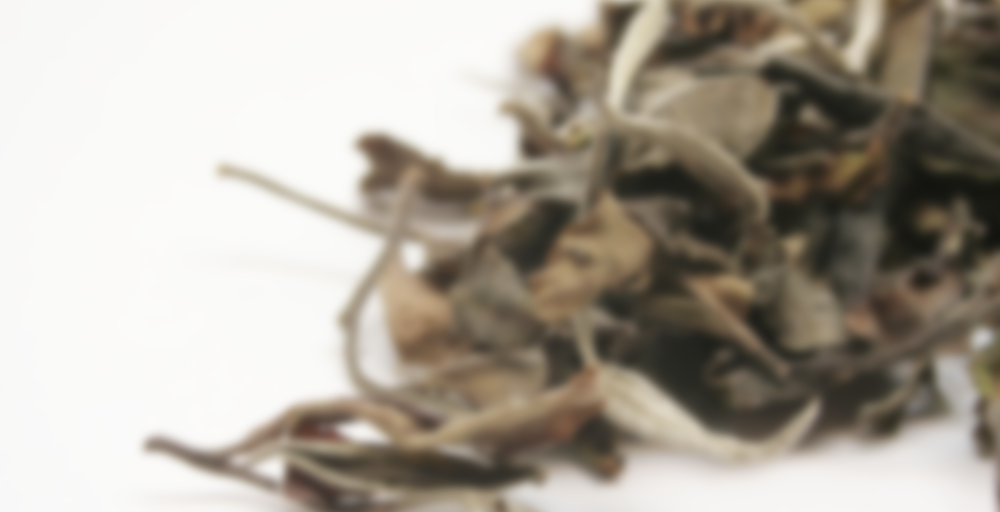 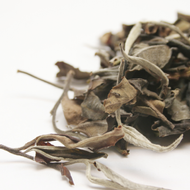 by Chicago Tea Garden
83
You

Taste: Lightly toasted and sweet, with the most delicate hint of cherry.

Behind the Leaf: This tea is made up of fleshy, silver-colored budsets covered with tiny white hairs or “down” as well as the two leaves below the bud; collectively known as the “budset.” This tea is sometimes sold as a white tea, and sometimes sold as a green tea due to the unique processing method these leaves undergo: they are withered by moonlight. Because of their delicate nature, these leaves should be steeped in water that is 150-160F for 1-2 minutes.

Can you tell I recently received a Chicago Tea Garden order? Cause I did! And I got samples! This is another sample I picked up. I’m not typically a fan of white tea but if CTG offers it, I’m probably going to try it. After all, the one strong exception to my general un-fanish stance towards white tea is CTG Silver Needle so why not, right?

I feel a bit like I’m raking leaves in the fall as I weight out the tea to put in my pot. The leaves are big, chunky, light, crispy and fairly unruly. They keep trying to jump off of the scale. For some reason, these leaves (and the leaves of bai mu dan) kind of freak me out. They look a little too unintentional for a food or beverage. Instead I want to pile them up and jump in them, like I did when I lived where fall actually existed.

These leaves don’t really smell of fall-chore leaves to me, though. Mostly the leaves are just faintly musty with perhaps a little tinge of sweet. The sweetness comes out more while I am steeping the leaves, but once the tea is poured into the cup, the smell (any smell) is very faint. It’s perhaps vegetal, grain-ish, sweet and musty… though it’s hard to tell due to the faintness.

The taste is very delicate but my reaction to the first sip was surprise and delight. Normally white teas are a bit too boiled-vegetable-water for me. This, however, is predominately a cross between floral nectar and honey. It’s delicate and light, yes, but there seems to be a richness to the sweet flavor of it, a darkness or heaviness that belies typical (sweet & light) floral thoughts, perhaps even a caramelization? Caramelized gardenia, perhaps? (Gardenias always strike me as a sweet but non-floral-ish type of flower.) Underneath that is a slight vegetal note that is more steamed edamame than boiled green beans and an end note of warmth that brings to mind the feel of ginger, if not quite the taste.

As it cools, the vegetal note pokes out more, but again, it isn’t boiled-until-they-are-olive-green-and-soggy vegetable water but something a hint fresher and more vibrant. Slurping still brings out the sweet gardenia nectar notes and I like that. The spicy warmth is still there but milder, hitting mostly in the middle of my tongue and the back of my throat. Perhaps it is now more of a cinnamon warmth than a ginger warmth.

This is not a fast-sipping tea. It’s delicate and light, but there’s a lot of nuances so I feel the need to slowly and almost meditatively sip. Drinking quickly feels a bit sacrilegious. Which is weird since I don’t really like white tea, but there you go.

I can’t help but wonder how this tea would be if I increased the leaves significantly, steeping it more in line with what I do for Japanese greens with five or even six grams per six ounce cup. I have a feeling it would be kind of amazing…

With that thought in mind, I did the second steep with only four ounces of water (160°/1:30). The smell is stronger – more warm rye bread with butter; sweet, grain-ish, silky. The taste is the same, but different. It’s a bit stronger and more intense and somehow that seems to make the notes combine together to create a fuller taste but also become more distinctive and easier to identify separately.

It’s still sweet but instead of a heavy, dark sweetness, it’s more of a butter-cream sweet. The previous heavy darkness has strengthened and turned into a more separate grain-like note (like a not super-dark rye). Slurping brings out sweet nectar (slightly lighter tasting than the first steep) and each sip still ends with a chaser of spice-like warmth. There is virtually zero vegetal taste in this cup, at least not that I can pick out. Perhaps it has joined with the grain note for added depth?

This steep makes me think less of caramelized gardenia nectar with edamame and more of… cinnamon sugar toast with sweet cream butter. This cup feels less meditative and more nom. And poof, it is gone.

The third steep (4oz/160°/2min), made significantly after the first two, seems radically different. The flavor is predominately green now, with an almost-bite to it (that I think comes from the leafy greens flavor combined with the ginger-ish warmth) that makes me think of collard greens. Slurping still brings out sweetness, but now it is more of a normal clover honey than anything nectary. I don’t pick up any grain notes though that darker note could be coupling with the green note (and spice feel) to give me collard greens as they are a rather dark and heavy green. There’s also a sticky dryness at the end of the sip now – not astringency in the way that leads to bitterness but rather something that makes all the saliva in my mouth disappear for a few seconds. Honestly, this steep is kind of weird and I don’t think I’d go for this tea if this were the consistent taste, but as weird as it is, I still find it pretty interesting. And this is long enough and dinner is nigh so I think I’m going to stop there.

Bottom line: I don’t love this as much as CTG’s Silver Needles, but I do think I will be ordering this at least once, at the very least because it’s so interesting. A sample is simple not enough to allow me to play with it like I want to.

(Once again, sorry about the massive tasting note. Brevity and I don’t get along. If you read this far, you have earned my admiration for your fortitude. And a cookie.)

On the other hand if you were to just write ‘I drank this today. It was good’, I would report your account to Jason on suspicion of having been hacked… :p

I am always hard pressed to write more than a paragraph so I admire you!

Ninavampi, Stop on by and I’ll make you a whole batch! :D
Ang, Ha! Yes, that would not be very me-like. But my goal for the next log is to be brief. It might be difficult!
Amy oh, I tend to write like I talk, which means lots of babble! :)

One thing I like about this tea, I confess, is that it’s a great bargain. The leaves are enormous but lightweight, so when you order 50 grams of this tea, you get what seems to be a very good quantity. It brews up with a medium yellow liquor that is mild and slightly roasty, slightly sweet — kind of similar to a Pai Mu Dan type of white tea, but not as robust and grassy. The flavor profile is subtle, but not delicate, and the aftertaste is clean and refreshing. Overall, a very good white tea, one that I’ve now purchased twice.

A tea bargain is certainly on aspect to like a tea! I love bargains!

When dry, the large leaves not only take up a huge amount of room, but they also smell like they just fell off of a tree in October. It’s interesting, and I’m in the mood for adventure.

165/5.5 minutes… I got caught up making Nutella covered crackers for my children and forgot about my tea steeping on the counter. Turns out to be a good mistake, I think.

I was thinking this would be a very light and delicate cup, but the color is pretty intense for a white. It’s a deep golden color. The scent is slightly vegetal and toasted now. Just a touch of autumn leaf aroma. The taste is slightly spicy with a peppery/cinnamon taste and toasty, but not a hearty toasted flavor. The tea lingers for a bit, changing to an ever so sweet flavor, but not fruity as the website’s description indicates. I’m guessing that’s because I left it steeping for three minutes longer than recommended. I really like this as it’s quite unusual and I love the idea of these teas being dried by moonlight. It adds to the mystique.

Got this sample of the 2004 Yue Guang Bai aka Moonlight White, from the tea shop, and, when the moon hits my eye, like a big pizza pie, it’s gaiwan time.
First impression, beautiful mix of green and white leaves. Second impression, nice color, very fruity and sweet, strong ‘hui tian’. The package says mysterious infusion, but I miss out on that one, the sweetness makes it a rather easy and in-your-face drink. On the other hand, quite amazing, one would say they’ve really put some sweet stuff in it. This diversity makes me love tea so much. Next!

A very delicious tea with a dark and woody, slightly fruity (not vegetative), flavor. I have found that dark-golden whites and greens are often attended by a slightly acrid or rancid aftertaste, and this tea evades that shortcoming completely, even with high steeping times. Above all, both dark and delicate—a very enjoyable combination.