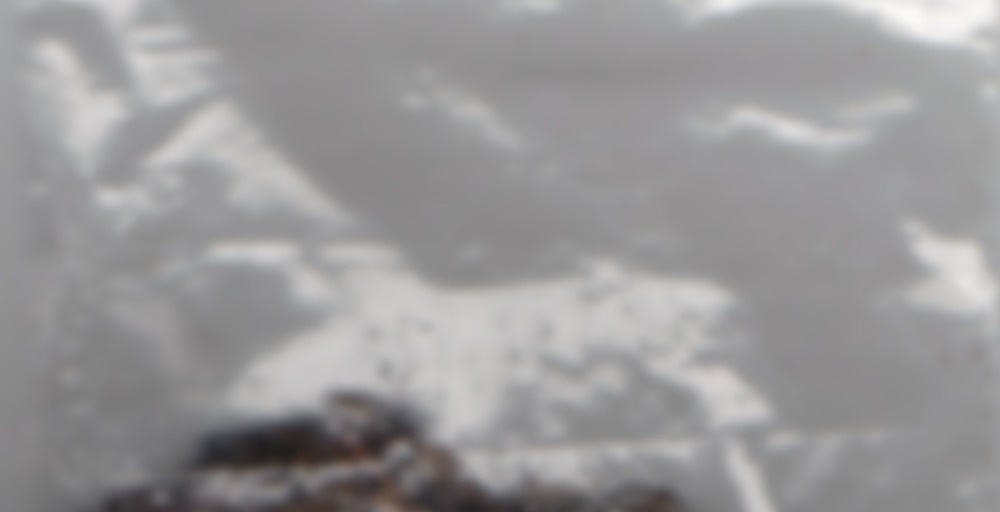 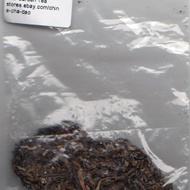 This sampler I received is a small crusty and partial cake like leaves tightly woven together. Its smell is of musty earth. I broke off about half of this and placed it at the bottom of the cup and poured the boiling water (200oF) into the cup and left to steep for five minutes.

In removing the lid, I can definitely smell its musty-earthy scented aroma in the cup and the color is a golden green. At first tasting I could not help but taste something like minerals in raw form: zinc or copper even, which is both thick and smooth to the palette with a rich flavor making me think of raw pineapple.

I do not think this is correct, yet that is what I smell or thinking of the smell…raw pineapple and it is heaven to me.

As this is a 2011 Menghai, which means “cooked” pu-erh tea, and since it is cooked, this is referred to as shou (cooked green tea), post-fermentation and good to drink at once.

The way one comes to know a pu-erh is to think of it much like wine vintage.

Classification: Year, and region of production; In that this Menghai Dayi is 2011, Yunnan, China.

Cup’s characteristic: Earthy and musty aroma rich in minerals like zinc, and copper.

Boiling 3 min, 0 sec
Yours I Like This
8 likes
4 comments
Edit

I could be imagining what I have experienced of this tea but description is as real as I tasted and the images conjured when I drank it.

I have been told that I hallucinate but truly drinking this tea made me think of pineapples and minerals like zinc…perhaps I lack minerals in my nutritional needs.
I am making excuse for this review, in that it was researched by me and I drink it.

Try again with a much shorter steep time 10 – 45 seconds. Seriously. I used 30. You should be able to resteep 10-15 times. Use cooler water as well. I have picked up a coppery note on some of these samples especially in about the 8 steep.

Correction I only got about 8 steeps out of this but I used only about 1/5 of the sample.

You are kind Kansas, Misouri.

I finished the last bit of this tea just this afternoon and there is definite sensing of sulfur and coppery elements. I still can’t stop thinking and smelling pineapple when I drink this tea. I cannot even say when last I came in contact with a pineapple but it is there.

Another lovely tea! again with the lightness… but I am now wondering how much better this would be with a proper Gawain or Asian style teapot?
So the tea… (yep, I stopped yammering on!)
When the cup was hot, I got the slightest bit of smokiness, more on the inhale than in the flavour, or maybe both but it was so quick that I barely caught it.
The base is nice and round with a hint of sweetness and a bit of a sweeter, drying finish. Now that the cup is cooling, I can see that it’s sort of a clay-like dry sensation… Did you ever eat clay as a kid? well I did it as an adult! not very bright huh. (it was a Bentonite cleanse- you don’t wanna know!)
Now, I wouldn’t say this is earthy, though you could say that clay is earth. It’s just that, well, I’ve always associated pu-erh with more of a dirt taste.
Would I buy this? I think so. I like it. I don’t love it, and again I’m still dealing with this dang bug. I have atleast two more spoonfuls left (I’d say cups but that would confuse those who resteep) so maybe it will grow on me. Of course, if this does even part of what that aforementioned cleanse was supposed to do, then heck yah I’d buy it. I wonder… hmmm. xShrugsx
Overall, I like this much more than the tea I sampled the other day though, so yay for that!
More big thanks to Jerry Ma for sending me this sample!!

Oh and for the record, I am shocked that I really am enjoying these teas. I’ve had some iffy experiences with pu-erhs and these samples have really turned my opinion around! :)

Edit: Second steep is just as good!! A little more intense on the clay when it cools.

You should be able to get at least 4 or 5 solid infusions out of most any puerh — don’t be afraid to pour some more water on those leaves! :) If you don’t have a Gaiwan/Yixing pot, just make sure you’re using porcelain. I found out firsthand it’s not good to mix an already seasoned (or Green) tea pot with your pu! Blecch!

I’ve been meaning to buy some Dayi 7542 since I got Jerry’s puerh samples a couple months back — he has so many good teas to try! Glad to hear you liked it :)

Go for it!!! these teas are amazing. I made it all the way to 6 steeps(or 5? I lost count) and it was still going strong. Only my need for sleep that bade me to stop!

The leaf was a little hard to break off. I don’t have the proper tools for the job. Used about 2g of leaf (1 spoonful). Water heated to less than boiling (no fish eyes). 10 second wash swirling the leaf in the water and poured off. Kind of botched the first steep. I poured the wash in my drinking cup, so I was in a bit of a panic finding another cup. My first steep was maybe 45 seconds. The liquor was pale yellow green and quite clear. The aroma in the pot was a bit scary. It had that puerh smell towards the fishy side. Weird but did not have a bad aroma once poured. Must have left with the wash. The wet leaf is made up of a small broken pieces. I don’t think I did this chipping it off the cake. First sip is very light and pleasant. Not at all what I expected. The earthy taste is there but subdued. It became a bit more pronounced as the cup cooled. This is very easy to drink but for my taste lacked the character of the Nan Nuo I’ve tried. I won’t record all my steeps this go around but I did 5 today and I imagine it will go that many more. Each cup today was pretty much the same as the last. Smooth and even.

Update – Day 2. Sadly, the leaves did not survive the night well. The broken pieces of leaf deteriorated into even smaller pieces. I thought this tea would go ten cups but I only got two additional cups out of it – for a two day total of 7 – but today’s cups were weak and bland. I did notice today that my mug is not 10oz as I thought but 12oz. So I got 84oz out of the 2g of leaf. Really only 60 of it were proper strength. Still that’s impressive.

I received this one from Batrachoid. I’m really trying to like this one but so far is not happening. There’s is a touch of Oolong and darjeeling in it, but I’m thinking green pu-erh is not for me. It was bitter to me…lacked the smoothness that I like from black pu-erh. By the end of the of the cup I felt like scratching my tongue like Tom Hanks in Big. I am normally not one to rate a tea low but this one just isn’t doing it for me.

Good as usual. I own the ‘09 and ’10 production. The ’11 production is also pretty good. I can’t really comment of the tea now since it’s so new. So I am putting them away to age for now. Will check on them in next spring to see what kind of progress they’ve made.