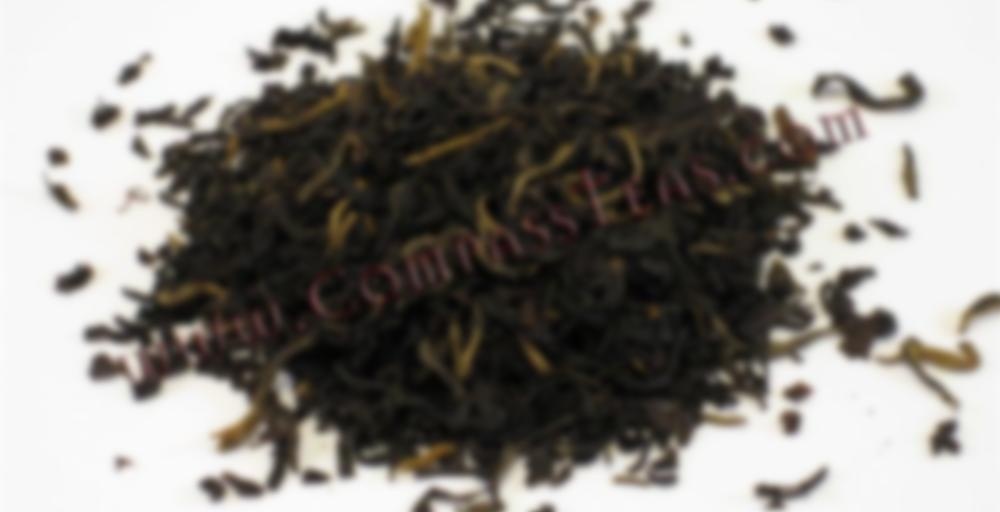 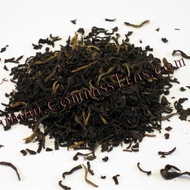 by Compass Teas
78
You

Banana Pancakes tea is so yum ~ and sure to be a favorite! Low in fat & calories, but full of Rockin’ Breakfast-In-Bed flavor

Thank you for this tea, Jackie T! I think I should have stuck with my initial thought to steep it for 3 minutes because 3 1/2 was a bit astringent.

This is definitely banana, not really cakey at all but still definitely feels like a caffeinated kick. It does have yerba mate in there too so that’ll help.

The banana flavor is pretty subtle, and a little sweet. I left a bit in my cup and now it’s cooled off. At first it diddn’t taste like banana at all but it’s very sweet in the aftertaste, and almost tastes more like pancakes this way.

Evangelist, we all understand because we all do it! Are we Tea Nerds?

I think so. It didn’t even stem out of something related to tea, it was about my etsy shop. She was surprised I didn’t sell tea due to how much I love it and it went from there haha.

I made the last of the sample JoonSusanna sent me and this tea is incredibly underwhelming. More than anything, I get a mediocre black tea base. If I search very, VERY hard, I can mildly detect a hint of banana but it is a lot of work to pick up a very subtle note. There is also a bit of thickness that might represent the pancakes. All in all, I was not impressed but I am glad I got to try it. You never know what a tea will be like unless you try it out first and with that in mind, thank you JoonSusanna for sending a sample my way :)

3 minutes was a tad much to steep if I were going to have this plain. To be fair, the recommendation was for 2 minutes but I just can’t seem to fathom that would be enough with a black tea. I need to have more faith I suppose :).

Luckily, I wanted this with milk and sugar for breakfast so the fact that it was quite strong was not a problem – in fact it was probably a good thing because the flavor didn’t get overrun by the additives. I didn’t realize that this had some yerba mate in it until I was scooping the leaves into the Breville, though. I don’t think I’ve got a sensitivity to mate, but this will surely let me know one way or the other!

The smell is very much the same from dry to steeped leaf, and the subsequent liquor. There is mostly banana and kind of a hint of something bready underneath. It did remind me of the smell of 52Teas Pancake Breakfast, so I guess that association probably is due to some maple scent as well. I don’t get banana pancakes, but I do get banana, and then a stack of pancakes, if that makes sense?

Tastewise this reminds me of Hot Buttered Banana bread, from 52Teas – bread notes, banana, and honey. The honey note changes periodically to seem like it might want to be maple syrup – and when that happens it transitions from banana bread to syrup laden pancakes. I’m fine with whichever, honestly, and I like that it’s being so indecisive because that makes for an interesting cup!

Hands down the best part about this tea is that it’s going to be my substitute for the Hot Buttered Banana Bread I’ve been rationing. I’m so glad I was able to find something like this!!!

I was so excited to try this today. The dry leaves smell like a banana cream pie, but the fragrance definitely lessens once brewed. I was afraid that would mean there wasn’t much flavor, but luckily I was wrong. It’s not a strong flavor, more like someone dipped dried bananas in your Assam tea for a bit…not that anyone does that. It’s a deliciously subtle flavor with a kick of caffeine, definitely going to drink it every morning during the work week. I got it during their 50% off Cyber Sale, I think it’s regular price now, but I’d say it’s worth it!

Decided to use up close to the last of this one as an iced tea. It worked out fairly well, hint of banana and decent base. Husband thought he tasted prunes(?) but maybe that was the mate?