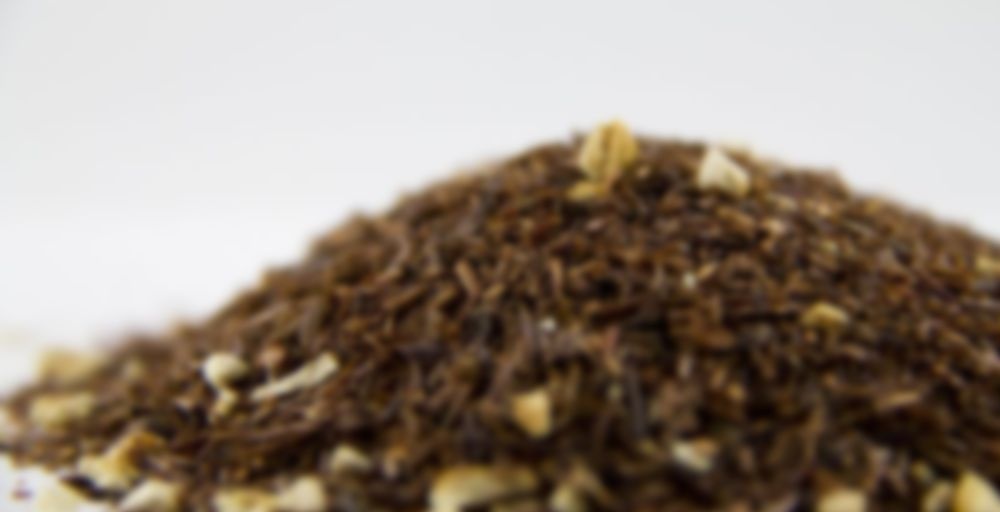 by Cornelia Bean
68
You

Having let this sit on my shelf for months, I finally gave it another shot. This time I sweetened it and went for a minute and a half steep. I think sometimes I just can’t win with teas, the flavour was a lot less rooibos-y, but this time I managed to oversweeten. It is a good tea, don’t get me wrong, but I can’t seem to brew out the orange and clove I am smelling without doing something else to ruin the cup. Maybe this one needs to sit on the shelf again for a while until I get some stroke of brilliance.

This is one of the many teas that came out of the Great Canadian Travelling Teabox when it made its stop at my house. It’s currently miserably cold outside – 27 celcius with the windchill (that’s about -17 for you Americans) so I wanted to try something warming and spicy.

It certainly smells spicy, though the flavours I taste are mostly orange and sweet cinnamon. It’s not bad for a red rooibos and I find the base actually works fairly well with those two flavours in particular. I wouldn’t pay money for it but that’s just my personal preferences as I’m not a huge red rooibos fan.

This is weird. It smells like it should be fantastic, with citrus peel notes and lots of spices. The smell really is evocative of sitting by a fire all cozy and bundled up. And there’s lots of cinnamon, clove and nutmeg flavour. But at the start of the sip there’s also this odd taste that’s kind of dry and minerally, almost woody but not in the way that rooibos often is. My partner said it tasted like chard and I can see that – the iron notes of it.

So I dunno, very weird.

This tea smells sooo good when you open the package. A beautiful mixture of orange and spice. However, when I brewed it last night, I let it steep for far too long (I was in the basement dealing with laundry). Despite this, it was still pretty good, though adding a bit of honey didn’t do much to change the flavour.

One thing I’ve noticed about red rooibos is that it seems that there are two kinds of rooibos tastes. Some teas have rooibos that tastes woody and medicininal – this seems to be the majority. However, sometimes I’ve had rooibos that tastes somewhat citrusy and peppery – there’s a watery bite in the background that reminds me of watermelon rind.

I can smell the difference when it’s steeping, and this particular tea definitely seemed to smell like the second kind of red rooibos, which is the kind I prefer. I wish there were a way to find out what rooibos it would be before I tasted it, though, so I could avoid the woody kind.

Understand your woody vs. peppery observation—I’ve had both, too.