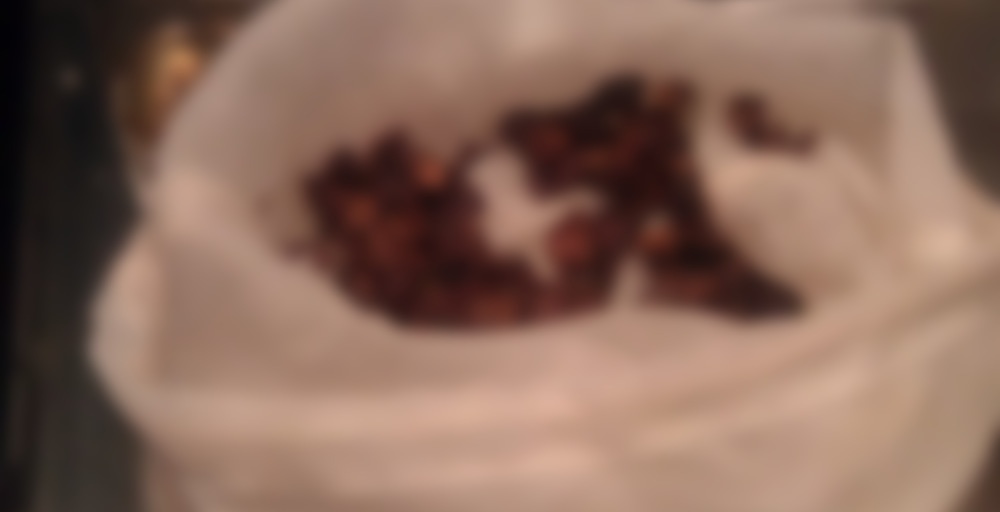 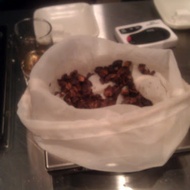 by Counter Culture Coffee
79
You

Impossible to find and extremely rare to taste, don’t confuse this with the laxative cascara sagrada tea. Here’s an edited description from a 2008 review of this tea (the photo was taken at Blue Bottle Coffee in Chelsea, NYC in early 2012, where the tea is served minimalistically alongside a bourbon-infused marshmallow as an amuse-bouche):
This is dried coffee cherry, and can be prepared as an infusion like tea.

Although unfamiliar to most Westerners, this is an ancient beverage in Yemen — it may have even pre-dated the actual roasting and brewing of coffee beans. There, and in a few other countries where it is prepared, it’s known as qishar (or qishr, quishar, quishr, keshir, etc.). In Yemen qishar is often made with ginger, sugar, and cinnamon (although many recipes you’ll find will substitute the coffee “husks” with ground coffee).

If anybody in the New World was going to produce and market qishar to the specialty coffee world, it was going to be Aida Battle, proprietor of Finca Mauritania. She’s committed to quality, sustainability, and innovation.

Coffee beans are hulled from the fruit, or the cherries. Normally coffee pulp and skins — from either wet or dry processing — are composted and used for fertilizer. In this case, the dried cherry is used for cascara.

Aida produced around 225 pounds of cascara from her Finca Mauritania harvest. (In 2008) You can order cascara from James Hoffman‘s Square Mile Coffee Roasters in the UK, and from Counter Culture Coffee.

Qishar is not very uniform, with hunks of hulls and crusty pulp, and that it looks dry and flaky. The Finca Mauritania cascara looks much like tree bark, was a rich reddish-brown color, and had a pliable texture.

This bark-like appearance no doubt gave this product its name, as “cascara” refers to tree bark in Spanish. This coffee cascara should not be confused with cascara sagrada, the dried bark of the California buckthorn tree, Rhamnus purshiana. Nearly all Rhamnus have phytochemicals that act as laxatives, and Rhamnus purshiana has long been used as an herbal laxative. Be forewarned that at least in North America, if you Google “cascara” you get lots of hits on the constipation cure, not the coffee tea!

This is easily one of the best fruit infusions I have ever had, and not just because it’s incredibly expensive, rare, and virtually non-existent in my country (the US). Unfortunately, the quantity you are served at Blue Bottle Coffee siphon bar in Chelsea/Meatpacking District of NYC is far too little: I would say about 3 to 4 ounces alongside a bourbon-infused marshmallow (which is also fantastic).

The first thing you notice is the aroma is intoxicating: like cherry raisins and papaya and tobacco husks. Then the taste, bitter and sweet at the same time, but also fruity and playful. Some say apple chips, others say licorice, but I stick with dried fruits like cherries and cranberries.

Served unsweetened, it is perfect as is and it should be steeped for a minimum of 6 minutes, though 8-10 is preferred. WHile it does not serve the same caffeinating quality of coffee, it certainly packs a robust fruit flavor with earth undertones and even some orange rootiness the longer it steeps. The color is gorgeous and is not to be denied.

Good luck finding it though as there are only three companies on record who even sell it and I’ve only found one coffee bar in the NY metro area that serves in miniature glasses.