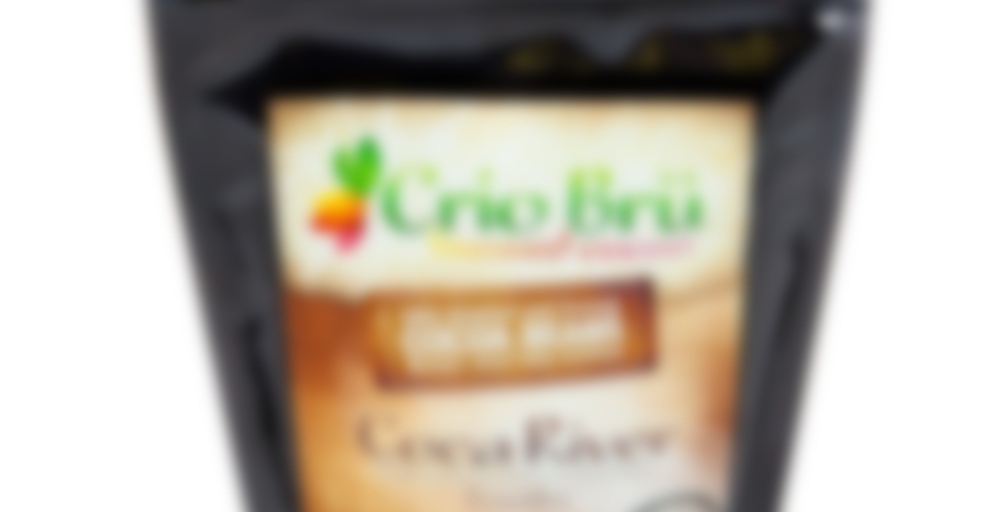 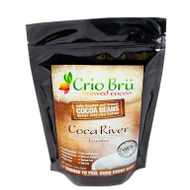 Rising on the flanks of equatorial volcanoes, the Coca River winds through an emerald paradise in southern Ecuador until it feeds into the mighty Amazon. A village close to the Coca River, in a valley called Vilcabamba, is famous for the longevity of its people, many living more than a century. Nurtured in the black soil of this valley and the rich humidity of the cloud-covered rainforest, the Ecuadorian cacao bean produces the chocolatiest Crio Brü. This smooth, sweet and nourishing drink is accented by a perfumed floral scent and lovely floral tones, including a dominant green banana note, blueberries and jasmine.

Thanks VariaTEA for the sample! I’ve been having these Crio Bru blends later at night to kind of wind down to and because they’re caffeine free but since I started the morning with a large brew of something caffeinated and another hot cup of mate I figured I needed something caffeine free to sort of juxtapose between the two.

This was really good; the chocolate taste was strong and very clear. I want to say it was a little less “thick” tasting and less creamy than some of the other blends – but not in a way that lessened the richness of it. It was just different and had a little bit of contrast. As for the “natural notes” present in this one – I absolutely did not get any blackberry (which seems very weird to have naturally occur in chocolate/cocoa) and I didn’t think too much about the green banana when I was having it but doing so now I can kinda see how what I was tasting could be compared to that flavour, it is a little bit of a stretch though.

Both Courtney and VariaTEA have written notes on this so far and have mentioned some bitterness; but contrary to their experience I did not find this to have any bitterness to it. I did, however, think there was a little bit of natural oilyness to it though, which I don’t think either of them brought up or experienced.

So I decided to do a side-by-side taste test of of my Crio Bru’s to see if I actually detected a difference. To choose, I just blindly reached into the box and grabbed two and it turned out I grabbed Coca River and Cavalla. That means I am doing the same comparison as Courtney coincidentally and my findings are essentially the same. This one is definitely the more bitter of the two cups. Not overly bitter as in it’s not drinkable but bitter enough that I know I don’t want to restock when the sample is finished. Essentially this is like drinking melted bittersweet chocolate. Not horrible but not the best either.

That’s how I felt too. It’s not terribly bitter, but I would restock on others first.

I have come to the conclusion that I’m not huge on Coca River. My first steep last night had what I thought was a hint of bitterness that wasn’t in the Crio Brüs I’ve been drinking copious amounts of. So this evening, I decided to do a comparison between Cavalla and Coca River and the bitterness is unmistakeable. Much easier to definitively notice it next to the pure creamy deliciousness of Cavalla.

Good to know that I picked a good one, randomly off the grocery store shelf. :D