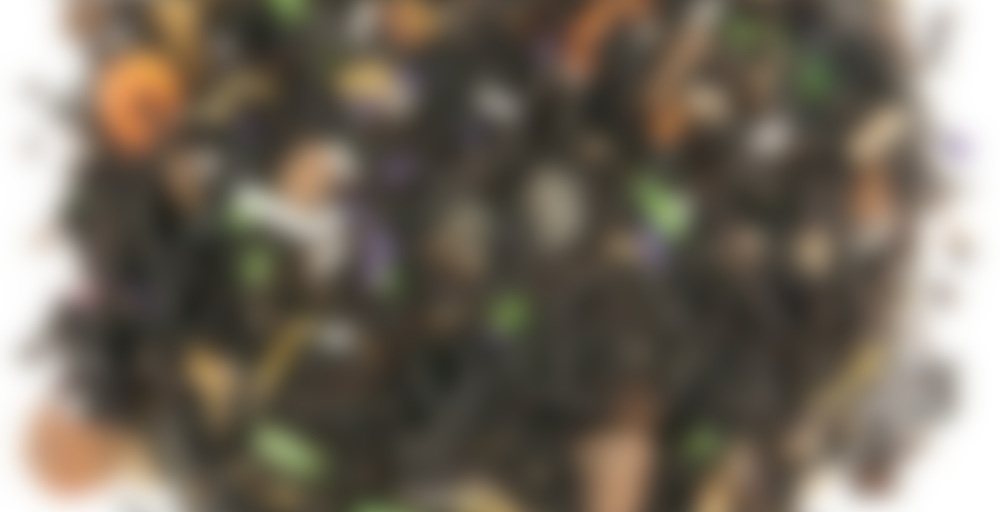 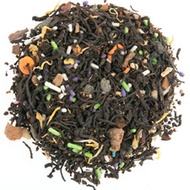 by Culinary Teas
62
You

So, what goes into a tea named after the terrifying tale of Ichabod Crane and the Headless Horseman? Pumpkin, of course. (The story goes that the horseman had the head of a pumpkin.) Add to this a select blend of herbs and spices, chai mix, cinnamon and ginger pieces. The taste of Sleepy Hollow Pumpkin Chai, it goes without saying, is to die for!

Sipdown! 803. Pretty tasty today – I think I had been craving chai but didn’t know it! Why did I rate this so poorly previously?! I don’t care for the sprinkles, nor is there anything in the way of pumpkin flavour, but it’s a decent chai.

sample sipdown! Thanks kittenna :) This is a pretty decent chai tea. But it’s not pumpkin. It’s got a bunch of ginger in it that makes this an interesting blend and slightly different from some of the other chais that i like, but it’s tasty. Dropped the rating slightly though because pumpkin this is not. :)

Speaking of Sleepy Hollow, have you seen the show? LOL

YES! haha i started watching it…still undecided but i’ll give it a few more episodes lol

It’s a little cheesy, but there are points of interest :)

haha yeah we’ll see how it plays out. I am all for bad tv as well… ian doesn’t watch much tv so i watch 2-3 episodes of shows and decide if they’re worth his time. if they’re not up there, then i get to watch them when i want..and i get more tv time in since i ride public transit every day.

Haha, I’ve watched the first couple of episodes but I couldn’t take the cheesiness. Don’t think I’ll be watching this Monday’s ep. Guess it’s just not my type of show. :)

i’ve only seen the one so far and i’m leaning towards middle of my watch pile, but we’ll see how the second episode goes heh

There are so many other great shows out there, but I only watch TV at Tony’s, so we’ll see if he decides to keep watching it. LOL

I was raised on front row Godzilla matinees. My cheese acceptance factor is pretty high. I just turn off the brain and go with it. Not great TV but nothing competing in the time slot I like better.

You’ll loose your head over Sleepy Hollow Pumpkin Chai Tea! However, please don’t carry your head around with you after you loose it because nobody wants to see that. It’s just gross and there are infinitely better ways to get attention.

This pumpkin chai is really tasty and not overly spicy as far as chai(s) go, and that’s a-okay with me because Sleepy Hollow Pumpkin Chai is anything but light on flavor. I infused 1 tsp. of tea in 6 oz. of almond milk and this made for a wonderful afternoon treat.

My only quibble is that my sample had no trace of those kickass, colorful sprinkles pictured in the photo above. I deserve sprinkles! Fortunately, the lack of sprinkles did nothing to affect the flavor of this yummy blend despite the injury to my inner child.

it’s also unsanitary… carrying around your severed head. I’m sorry your sample didn’t have sprinkles. Mine did… but there were not quite as many as the photo might suggest. Maybe sprinkles are like pounds… the camera adds a few.

Ha, loved your opening! This sounds like a yummy one to try out.

Well, this tea arrived just in time, didn’t it? A perfect Halloween tea. I am drinking this with just a bit of turbinado sugar right now, and it is really good, but I think it might be better with a bit of steamed milk to make a chai latte.

The pumpkin flavor is well-pronounced in this blend. The chai spices are strong too, but, they do not overpower the pumpkin flavor. It is really a very well-balanced blend.

So, I’ve now had two cups of this … first with just the sugar to enhance the spices, and now, I’m drinking a chai latte! OH YUM! Pure awesomeness in my mug right now. It tastes like pumpkin pie filling topped with whipped cream that has been blended with my chai tea. So very good!

Here’s a link to my art blog… I just posted photos of my daughter’s halloween costume: http://eccentricpastiche.blogspot.com/2011/10/altered-ballet-dress.html

THAT IS A W E S O M E !!!! What a lucky duck your daughter is to have such a talented mom.

Wow, what a costume! I hadn’t thought of a zombie ballerina before. My son is broken leg zombie. LOL! Ruined his shoes dragging his foot around last year so he kept the shoes just for zombie walks.

Sooo cute!!! Zombie ballerina! Very unique; you’re right no one else will have anything like it. I think it’s better than anything you could have bought in a store too. But on another note, I love the name of this tea. :)

Thanks Liberteas for a packet of this one!

Dry Aroma:
As my grandfather used to say…“Makes the nose hairs DANCE”. The chai spices are INTENSE!!!!!

It’s quite interesting to look at! Lots of ingredients! I didn’t see any green sprinkles but I have orange and black character sugar-sprinkles.

This infuses to a very odd color…a black cloudy DARK color…I’m thinking the cloudy is due to the spices AND the sprinkle-candies.

Once infused the aroma does change quite a bit! It’s a pumpkin-candy-spice-earthy-mixture of aromas!

My first sip – I had no idea what to expect! Glad I didn’t assume or prejudge!

The spices are the first thing (and the last thing) I taste and they are strong but not as CRAZY INTENSE as the dry aroma led me to believe they were going to be. Appreciated! Then…comes the pumpkin! It’s a squashy-meaty type pumpkin like in soup or stuffed squash – very natural tasting…not sweet per-say but almost malty or maybe velvety would be a better word. In the middle of the sip I could taste the candy-notes but it fades away and the spice and pumpkin pop back into play! This is very interesting. Pretty strong but I like that! I recognize the fact that a lot of creativeness went into this one! It’s a fun one, indeed!

Pretty tasty! I wasn’t sure what the aftertaste would be like but after almost a whole cup it’s quite nice…nothing funky lingers…perhaps some of the spices like ginger…but the aftertaste is much better than I expected.

I love the idea of making “nose hairs dance” I think I will smile all morning thinking of that! : )

LOL – My grandfather used to say that if something was super spicy OR if it was tremendously cold outside!!! hahahaha!

Ok this tea is wicked cute, I love the sprinkles. It’s not too spicy, but I don’t taste a lot of pumpkin. I think in comparison to DAVIDs Pumpkin Chai this is more chai and DAVIDs is more pumpkin. I truly think that chai lovers will enjoy this tea, and I bought 3oz of it so I’m up for swaps haha. It didn’t wow me but I definitely don’t dislike it.

I like this one blended with Culinary’s Pumpkin Cream, balances out the chai/pumpkin nicely! Maybe it would work the same with the Davids blend if it’s more pumpkiny?

Value: Culinary flavor-added tea’s are generally very reasonably priced: this one is $8.15 / 4 OZ (on their website it’s listed under Chai and not under Flavored Tea ), which puts it at about $2 / OZ (and even less with any discounts and/or if you buy it in larger quantities).

Overall: Haven’t done the third steeping yet, but I still wanted to log this. This afternoon my wife requested a Chai, and so I complied, reaching for this tea (to continue with the foray into finishing off the flavor-added Culinary Tea Teas—this is our fifth of thirteen). Although it doesn’t stand out as any better than any other chai, and neither of us could taste any pumpkin (my wife loves pumpkin), we both liked it. So, since it’s not a ‘thumbs down’ we may choose to get some on our next order from Culinary Teas.

So I didn’t do so well with 52teas Caramel Pumpkin Cheesecake, so I pulled out another pumpkin tea from the wonder sample box that JackieT sent me.

Sorry I like this one even less, all I get is clove. Way too much clove for my taste, it just overwhelms everything else. There could be pumpkin in there somewhere, but too spicy, not balanced for my tastes.

Thanks for the sample Jackie.

This is also a very interesting blend. The ingredients list rooibos (though I don’t see any), apple, rosehip, and almond in addition to the black tea and chai spices. I can tell there’s going to be a lot going on here. However, pumpkin is mysteriously absent from the ingredients on the bag. Perhaps it’s in the “natural flavors.”

Steeped this on the stove in three parts water to one part milk, with 1.5tsp per cup and a heaping tsp of turbinado sugar.

This has a vegetal rich pumpkiny flavor and aroma that stands out against the warm spices. I don’t detect any rooibos or hibiscus. The pumpkin isn’t as pronounced as something like DavidsTea Pumpkin Chai, but I wasn’t really a fan of that so this is perfect for me. This doesn’t quite taste like a slice of pumpkin pie or anything, but it’s warm and flavorful and stands up to milk and sugar.

I added a little bit of a chocolate soy milk protein shake to sweeten it/enhance the flavor. I think the soymilk works really well it adds a lot of creaminess, some sweetness, and enhances the spices. The previous brews of this were very unpleasant. I get hints of cola from the spices in this cup. This cup was pretty yum.