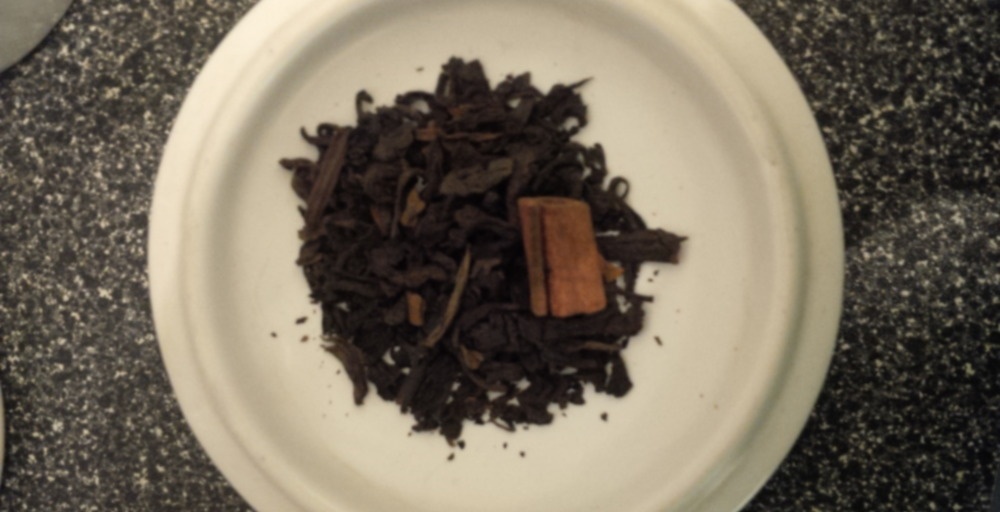 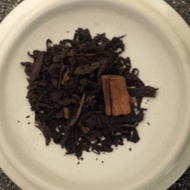 by Cuppa'T Specialty Teas
75
You

I’ve not been in the mood for Pu Erh lately but I can always drink cinnamon based teas, and as this one was fairly chosen at random I will try this tea next. I don’t think I’ve tried a cinnamon based Pu Erh before so this will be a new experience.

I’m happy to say that this is cinnamon bark and not the ground spice, the spice is nice but too much in a blend makes it dry and bitty…not good. But with this I can see the Pu Erh and medium to small pieces of bark amongst the leaves, and it smells sooo good. Like cinnamon candy. :)

The strong cinnamon scent matches the flavour, it’s wonderfully cinnamon heavy which is both sweet and spicy, also rather thick. I can also taste the Pu Erh a little, I think the earthiness of it works well with the cinnamon. I also think that the Pu Erh base helps to keep it lighter, while it’s think it could easily be thicker (for example if it had a black tea base it might be too thick).

I really like this blend, it’s rather basic but very tasty and something I would recommend to my fellow cinnamon lovers. I could actually drink quite a bit of this tea, it’s yummy. Reminds me of a few Della Terra heavy cinnamon based teas.

Any of you who have been following me for a while and reading my notes will know that I have certain “difficulties” with pu’erh.

I just can’t find a pu’erh that I like. It all tastes fishy or mushroomy to me. I have found some highly flavoured pu’erhs that I can drink. I feel like I really need to buy some expensive stuff and try it out to know for sure because I have only tried relatively cheap and generic pu’erh. But I don’t want to spend lots of money on something I am pretty much guaranteed not to like. Tea drama all around.

This tea smells like cinnamon candies, mmmmmm cinnamon, uuuggghhh pu’erh!?! It smelled delicious, it is a flavoured loose tea, so I thought I would try it.

After brewing, immediately as I took the strainer out of my cup, I got a quick whiff of mushrooms. Proceed with caution.

The smell of the brewed tea is not terrible, strongly cinnamon but also earthy, not mushroomy though. A little less caution now.

The tea tastes like cinnamon, not as sweet as it smells. The pu’erh tea is strong under the cinnamon but it is more earthy tasting. So no fish. No mushrooms. I do feel like I am getting a taste of dirt every once in a while. More like fresh, moist potting soil. (No, I don’t eat potting soil, but if you are a gardener you will know what I mean). The liquor feels very thick. It tastes strong.

This one is kind of reminding me of cinnamon coffee for some reason. Overall not too bad. I think I can drink this one. I just have to keep telling myself that not all pu’erh is evil.

Not all puerhs is evil :)

Have you tried a quick rinse with pu’erh? That has worked for me on a couple that I found too “mushroom”

I have tried rinsing, although I don’t usually do that with flavoured pu. I have also tried diff steep temps and time, gonfu vs western style, trying more than one steep. I just can’t get it figured out. I think I just don’t like pu’erh. But I never get the same flavour profiles that other members on steepster get, so that makes me think I am doing something wrong. Ha ha.