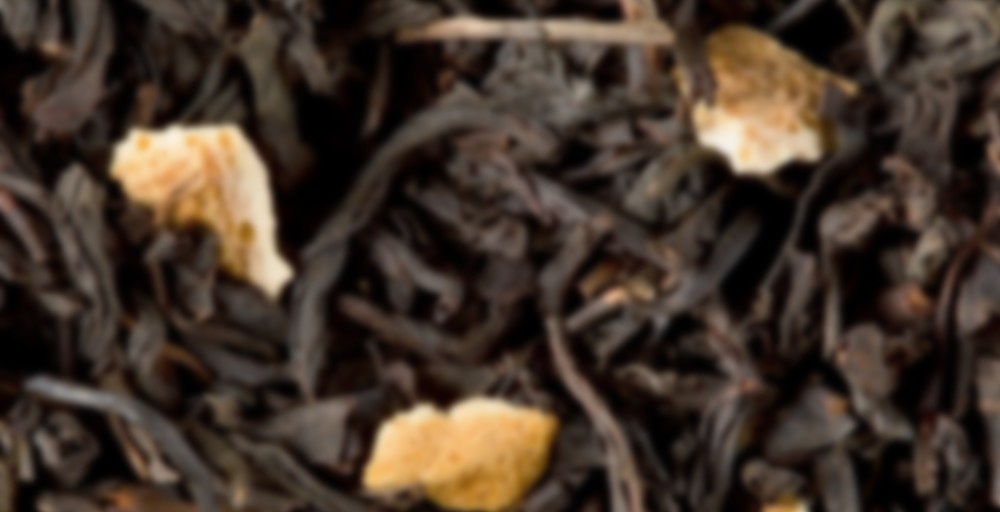 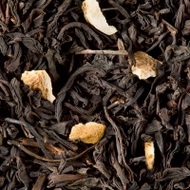 by Dammann Freres
78
You

A lively and rich tea combining a blend of black teas with the flavors of cinnamon, lemon, apple and caramel. A delicious and sweet cup of tea that unfolds like a poem.

Caramel, Apple, then Lemon…light on the cinnamon…VERY light on the Cinnamon…it works VERY well tho!!!!

You don’t get a chunky or gritty cuppa when adding cinnamon?

I didn’t add cinnamon…they had cinnamon flavoring within the blend, I guess

Cofftea: If you want to add cinnemon, you could just through it in the looseleaf right before you steep. This way it wont chunk up at the top :P

I think this is a perfect late afternoon tea. It’s very gentle with a strong perfume scent. There’s a lot of whimsy in how this cup feels to me. It would probably also be fun for a fine linen and bone china kind of tea party.

The floral perfumed notes come out less in the final cup (but still a dominant flavor), but leave the steeped leaf smelling strongly like potpourri in my steeper. I really like the burnt sugar/caramel elements here.

From MissB. I could NOT find this tea this morning, and then I thought: ACCENTS! So here we are.

This is so delicious. I couldn’t tell what the flavour was, besides fruity. It’s so good. I’m steeping it again now that I’m home from work.

The remainder that’s cold in my mug from this morning is still good, honestly. The resteep is fantastic. The flavours are more muted, but it’s still delicious fruity black tea.

I have SOOOO much of this, if you’d like more. Had to grab 100g minimum, and then another 200g for CelebriTEA for her portion of the 12 Days of Christmas swap. It’s really good, however I’m sure I can part with an ounce or two. :P

Well, Steepster does not link The and Thé when searching…

Doulton’s Shakespeare: A Tasting Note in 5 Acts
Act I scene 8

“What’s in a name? That which we call a rose
By any other name would smell as sweet.”
Romeo and Juliet Act II scene 2

Recently I’ve spent some time contemplating pricier “hoity-toitier” teas vs. their more reasonable counterparts. I was never one to be swayed by trends in my school years. I never wanted to purchase the jeans for their brand. So, why do I suddenly covet these more expensive teas? Am I being lulled into a tea popularity contest? And the conclusion I’ve come to is that I think that I’m being true to myself. I think that if a “hoity-toity” tea didn’t taste good to me, then I’d admit it to myself and others. And likewise, if I found a tea that I love that everyone else despised then I’d feel confident in my declaration of love.

All of that is to get to my notes on this remarkable tea. This is my second French tea and I am in love. I am just astounded by the magic that is created with these teas: I open the packet and am completely overwhelmed with potpourri! Yet when it steeps and then I drink it, it has become the most wonderfully complex cup of yum. The only thought on fragrance of the dry leaves was that I thought that it must have anise in it. It is an anise-based potpourri.

Oh, but the joy in this cup! There are all these flavors working harmoniously together so that they become greater than their parts. I can’t even tell you what those parts are until I read the description and then things crystalized in my mouth. And I’m pretty sure that I’m not being swayed by the description. I didn’t have to convince myself of a single one: they’re all there and I’m in awe of how well they work together. Oh, and this tea is smooth like silk. No dryness or astringency to be found. The cinnamon does start to make its presence known more as the cup cools. But it’s still delightful. And to clarify: there is no anise in here. What I believe my mind did was confuse good cinnamon with anise. Strange, but true.

I think that I now understand “afternoon” teas. This one is too genteel for my mornings. But for the afternoon? Perfect. The thought of having this tea later on in the day would help me get through even the roughest workdays.

So this became Romeo and Juliet for me. It is heart-achingly romantic with so many beautiful moments. But then I only have enough tea left for one more pot, and thus my heart breaks. It is so tragic! TG

I so agree …love it

This morning I felt like giving myself a treat, so I decided to depart from my morning habit of attempting to drink up some of my starter teas before my tastebuds are fully awake and drink something new and likely to be quite nice. So I reached into my box ’o goodies from the French buying co-op that Doulton organized and picked this out.

The name of this one is so romantic. Makes me think of sidewalk cafes; lofts on the West Bank; misunderstood, tortured souls bursting with angst. In other words, being in my 20s and an American in Paris. ;-) Or maybe Rimbaud and Verlaine.

All of the flavored Dammann Freres teas smell divine when you open them up. Like walking into a pastry shop. They look rich and dark and beautiful. Steeped, this one smells like apples with a touch of cinnamon and caramel. There’s a lemony high note that seems ornamental rather than necessary to the substance, like a grace note.

What a nice way to start the day. Apple pie fans should like this one. It’s tea, but it’s also apple pie flavor, and the flavor emanates organically from the tea rather than feeling pasted on or dropped in. It’s not overly strong, nor is it too subtle. It’s mostly apple and cinnamon, but like the best apple pastries, it is well balanced between the two flavors.

I got this tea mostly so I could compare caramels. I’d thought I shouldn’t give up on caramel flavoring after my bad Necessiteas caramel apple experience so I decided to try a number of caramel flavored teas to get a sense of the possibilities. This isn’t really a caramel tea. The caramel is around the edges giving the flavor a depth, rather than a sweetness. But it is still a very nice apple pastry tea.

I had two cups, so I could stay in Paris just a little longer.

Ooh-ooh-ooh! This tea’s in the Shakespeare box and I’m dying to try it! I’m really trying to practice self control and hold off on this and a few others to spread out the ones I’m pretty sure I’ll love. We’ll see how long that’ll last ;)

I know, it’s hard. I have so many untasted teas that sound terrific, and a bunch of hangers on that I know would just start to gather dust if I didn’t keep up with the waste not want not program.

When I won Doulton’s Dragon Ball giveaway, she also sent me some other samples! How generous! From the selection that she sent, it looks as though Doulton purposely sent me teas that she thought I would like. Either that or she’s psychic! Thank you, Doulton!

This was my first experience with Dammann Freres. It sounds like a really wonderful tea; I love apples, lemons, and caramel. The strongest smell I got while steeping was the cinnamon. I’m not nuts about cinnamon, but smells can be deceiving. I should probably mention that I took this without milk or sugar.

This is quite different than anything I’ve had before. First I taste the lemon, then the apple. I’m not getting much caramel. Thankfully, the cinnamon is just on the back end, and very lightly so. I didn’t think I liked cinnamon teas, but the cinnamon that is present in this works very well. If it wasn’t there, there would be this big void at the end of the sip.

Thank you so much MissB! But this one is not for me. The leaves look like black tea to me. I don’t see any other ingredients. The black tea is on the lighter side and the flavor seems weird to me. It’s like licorice or something, but this isn’t supposed to be licorice at all. No caramel apple for me, that I can see. I don’t even think I’ll resteep this one (rare for me!) Ah well, I can’t love everything.

I’m going to have to give this one another try, as I did not enjoy it too much. I may have not steeped it long enough to really get all the flavors and it tasted more like I may have accidentally mistaken potpourri for tea. Okay maybe not that bad like that spiced apple stuff from Teavana.

Not like I didn’t drink it all anyway, but it could have been better. I wasn’t getting much of anything other than the spice and I think maybe the fruit flavors weren’t coming out like they should have and that was the problem to my taste buds.

Thank you Miss B,

I love this tea, and I much appreciate your efforts to help me
secure it for the 12 Days of Tea~
it is aromatic as potpourri and very delightful…

this inspires a dreamy sense…. ahhh…
…to relax with this tea and some lemon cookies ;~}
a beautifully blended floral with sweet apple and cinnamon
I too taste the burnt sugar and I adore it…perfectly crafted tea

I just wish it had gotten there faster! So glad though that you got something you really enjoy though, and that focused on your day. :)

Felt like going beyond my normal routine so I went to find my box of French teas; picked one out at random; poets tea won out. Nice to revisit this one. Yields a nice blend of flavors – apple, cinnamon, caramel and lemon. Not too sweet but pleasantly enjoyable for its flavor blend. I appreciated the diversion from my usual straight blacks and puerhs.