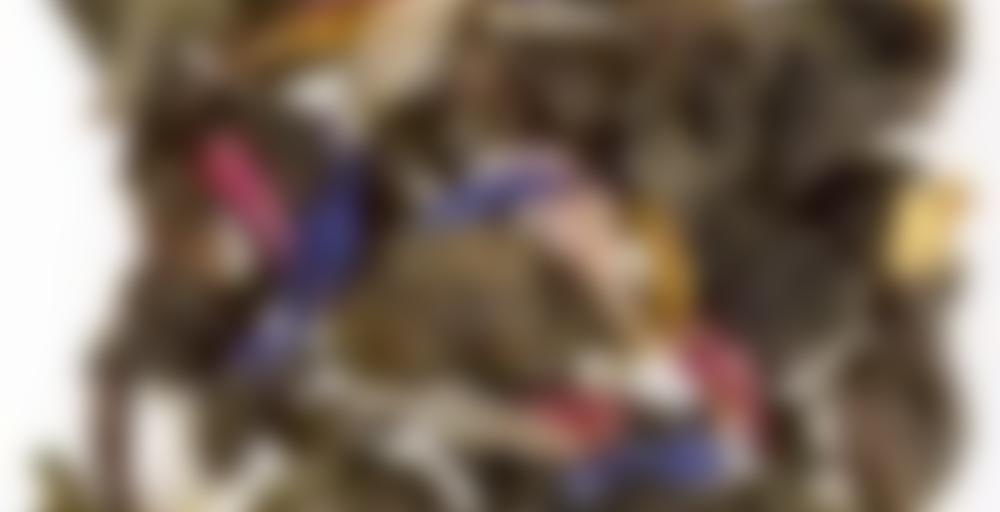 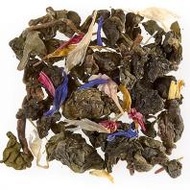 by Dammann Freres
82
You

I haven’t had a great deal of success finding something I love in the flavored oolong category. The GM Sugar Caramel Oolong was a winner, but the others I’ve tried have ranged from meh to ok.

This one creates a worthy first impression. It’s visually enchanting, with the colorful flower petals among the curly or balled up oolong leaves. It smells wonderful. I get the coconut, the chocolate and some pineapple fragrance. And something that smells a little like tomato. The cereal is even there, though exactly what it is is lost on me.

The tea is a light yellow color and clear, very much what I’d expect from a green oolong. It has that flowery, buttery, green oolong smell, too. The flavoring agents don’t present themselves much in the aroma of the steeped tea, which could be either a good thing or a bad thing.

I think it is turning out to be a good thing. And I think I may be turning into a bit of an oolong purist, as I am finding myself to be with green tea with a few exceptions. This may be one of them. I can taste chocolate and coconut in the oolong, which is actually going pretty well with the butter. I get a hint of pineapple, but it’s only a hint, which I think is a good thing.

Compared to my Toasted Nut Brulee experience of last night, this is a nice performance by a flavored oolong. The flavors work with the tea, rather than against it. They don’t fight with it, trying to cover it up.

I’m thinking the Sugar Caramel is still in the front position, but this is up there.

I’m not following the Dammann Freres steeping instructions, by the way. I’m doing my usual oolong in a cup steeping method. First steep 2 minutes, add a minute per additional steep.

Second steep: 3 minutes. Not surprisingly, given what I’ve come to experience with Dammann Freres teas, the blend does what it’s supposed to do (at least what I think it’s supposed to do). The flavor doesn’t all wash away with the first steep. The second has a nice chocolate/coconut note and I do still get a suggestion of pineapple in the aftertaste. And through this, there is also a buttery, sweet, floral tea flavor.

Third steep. 4 minutes. Still doing what it’s supposed to do. It’s as though the tea has been impregnated with the flavor; it’s actually part of the tea, rather than something added to it on the surface that washes away with multiple steeps.

Fourth steep. 5 minutes. The non-tea flavorings finally faded here, and the oolong itself is starting to as well, but a very good run! And the leaves have gone from something reminiscent of ball bearings to a rather amazing length. I’m eyeballing it rather than measuring it, but I’d say one of them is close to 3 inches long.

Another success story from the Dammann Freres sample-fest organized by Doulton.

Next up, a stroll through the Tuileries. I wish!

This is such a unique tea. Some things you might expect to go together: pineapple and coconut (ok), cereals and chocolate (sure), a variety of florals (yeah [but tomato blossom?]), but then put all of them together on a green oolong? Weird. But it works. When you drink it, it’s impossible to really pinpoint what it tastes like. Nevertheless, I like it, and it’s my kind of tea.

That is a bizarre combination and yet one that sounds very appealing to me too (except wtf tomato blossom).

I wonder if savory garden scents and flavors are going to be over-the-top trendy for a while. Lots of co-workers are into Scentsy stuff and they have a “Tomato Vine” … uh, not a candle, what do you call them? smelly thing, I guess … that was indeed, spot on for aroma.

And this tea sounds so interesting, but “cereals” means it’s a no for me. Darnit! :)

There’s an Australian gin that’s made with bush tomato. I want to put it in all the red snappers (aka bloody marys with gin instead of vodka) ever but that’s about it. :|

I really like this tea. It’s unusual and lovely and everyone I’ve served it to has liked it. Plus I love that is has the weirdest list of ingredients I’ve seen so far. I need to actually make it again to write a proper review, but I’m updating my Steepster cupboard listing and wanted to make sure that I mention that this one is lovely. Also, I think the first time I made it I was watching Moonrise Kingdom, so now it reminds me of that movie.