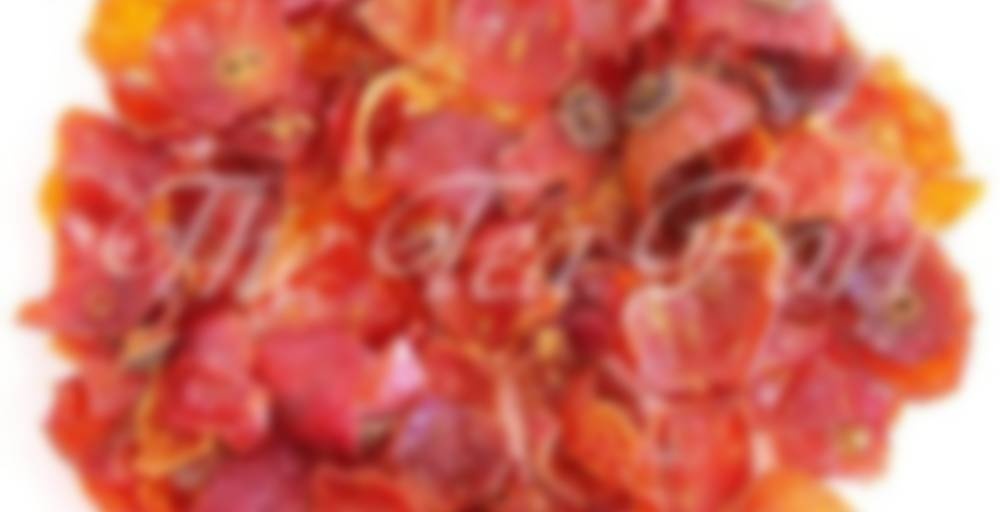 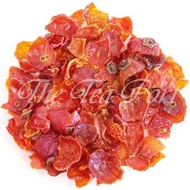 Rose hip tea with honey was recommended in Bancke’s Herbal of 1525 for the feeble, sick and choleric person. Even though the reason for the health benefit of the beverage was not discovered until recently, it is now known that one ounce of concentrated rose hip contains about as much Vitamin C as a dozen or two oranges. During World War II, rose hip jelly was an important substitute for citrus fruits while international shipping lanes were disrupted. It has also been determined that rose hips provide B-complex vitamins A, D, and E, are high in organic iron and calcium, and contain measurable amounts of potassium, sulphur, silica, and zinc, as well as fructose and tannins.

In Germany, rose hip tea or Hagenblut is a national institution. The pink infusion is a common and popular tea and is sold everywhere. The red berries (rose hips) appear on the otherwise naked branches of the bushes in the autumn. Sweetbriar often grows along country roads and can form impenetrable thickets where birds love to nest. The plant’s botanical name is Rosa Canina, meaning “dog rose”. The name came about in antiquity, when the roots and berries were thought to cure rabies. The bush flowers in May and June and after the bloom dies, the rose hips form and are collected. Collection occurs when they are ripe, generally after the first autumn frosts – but one has to get there before the birds, as they to love the red berries. Rose hips are mainly used for infusions but as noted previously they also make a delicious red/orange colored jam or jelly.

The infusion is considered to be a stimulant, a diuretic, and a good treatment for diarrhea. It also reinforces immunity to infectious diseases as it is high in Vitamin C. Some sources state that this herb is a good blood purifier and considered helpful against all infections, especially those affecting the bladder or kidney. This herb also eases stress, battles coughs, colds, and the flu and is very nourishing to the skin. A rose hip based drink is especially appreciated in winter when fatigue and colds often strike. The bitterness of rose hip is diminished in a hot drink. Acidity varies according to the variety of sweetbriar the produces the hips. Wild rose hips are generally more flavorful than the hips of any domestic rose plants.

Tea uses – Rose hips are commonly used as a base for herb and fruit infusions. When blended with hibiscus petals and various other dried fruits the resulting drink is lively, fruity and Vitamin C healthy. If you are using rose hips in a tea and you intend to add milk to the tea, keep the ratio of rose hips to tea low as rose hips can curdle milk.