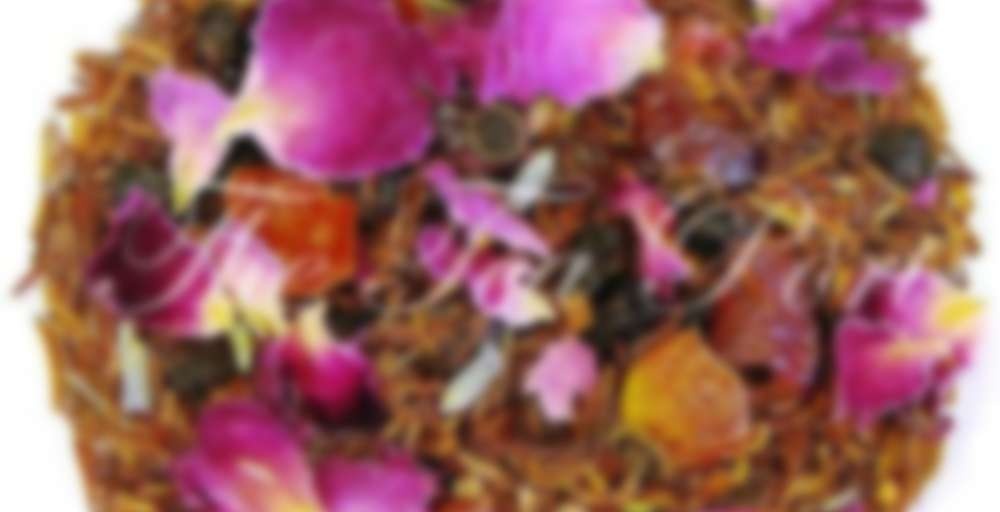 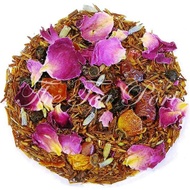 Inspired by the “joie de vivre” of France, this rooibos replicates the experiences of a walk in Provence. Fresh lavender and dried berries create an intoxicating aroma that’s hard to resist! Naturally caffeine free.

Another one from MissB! I’m trying the T&C teas as fast as I can, but there’s only so much black tea I can take at once. And I’d like to get to MirandaGou’s swap teas, too… Perhaps over the weekend I’ll go on a spree, since I’m hoping to get the box traveling along soon.

This one smells like…granola bars? An odd thing to say about a tea, but it smells like a berry granola bar. This brews up surprisingly dark for a rooibos. It almost looks like black tea brewed! The granola bar smell is still there after steeping, but I think that’s the berries mixing with the lavender.

I definitely taste the berries up front, and then the florals are more of an aftertaste. The rooibos adds to the florals and gives them some depth, which I sometimes feel is lacking in rooibos blends. It makes for an interesting sip. This is taking a little time to grow on me, but it is growing on me.