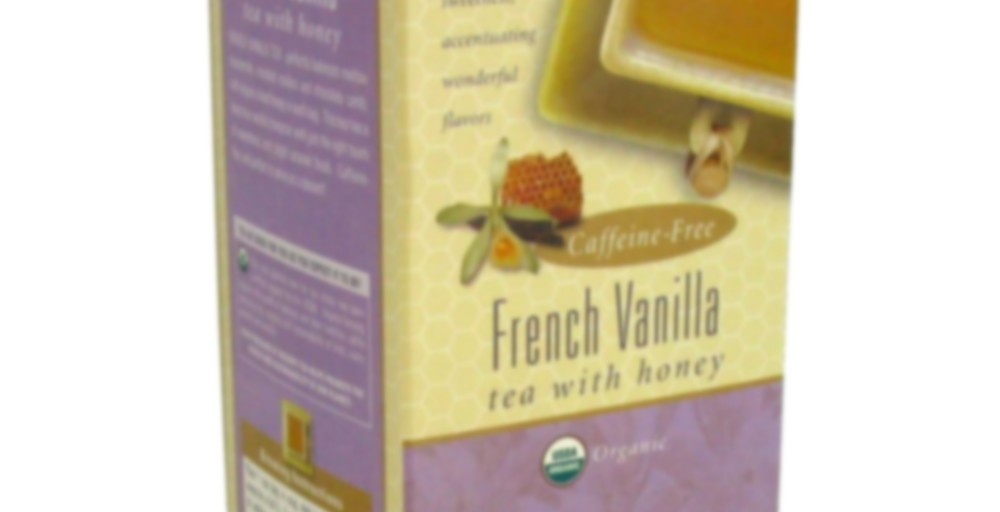 by Davidson's Organics
73
You

French Vanilla tea perfectly balances mellow chamomile, rounded rooibos and chocolatey carob, with organic dried honey in each bag. This tea has a deep true vanilla character with just the right touch of sweetness and slight caramel finish. Caffeine free, and perfect to serve as a dessert!

Oh my goodness. I didn’t realize this was a chamomile tea. I totally thought it was rooibos. My cousin in Oregon sent me tea last summer from a tea store up there. I hadn’t had much tea up until then. She sent me a few random RoT tea bags, and a couple tea bags of this tea. I totally fell in love. Thought this was the best vanilla tea ever.
Then a couple months later, I bought a pack of 100 tea bags of it because I loved it so much, and it was a way better deal than anything else I found.
But after entering the tea world, I got wrapped up in trying other teas, and kinda forgot about this one.
Not trying it again today. The chamomile totally caught me off guard. Totally oversteeped it too which made the chamomile have more of the sour bite to it. xD
I remember why I liked it though. It’s super sweet. It’s not a subtle vanilla at all, it’s very in your face.
But since I oversteeped it, it just tasted like super sour chamomile and a crap load of sugar in my mug. xD Anyway, I will definitely not over-steep it next time. And I’ll remember it’s chamomile. xD
On the bright side, the chamomile did relax my muscles some. And it’s been a horrible day, so chamomile is much needed for today!

ewww accidental chamomile :P I like chamomile, but only when I am expecting it! I am glad it helped though!

Haha yeah! Well now I know for next time. Then I’m sure it will be more enjoyable!