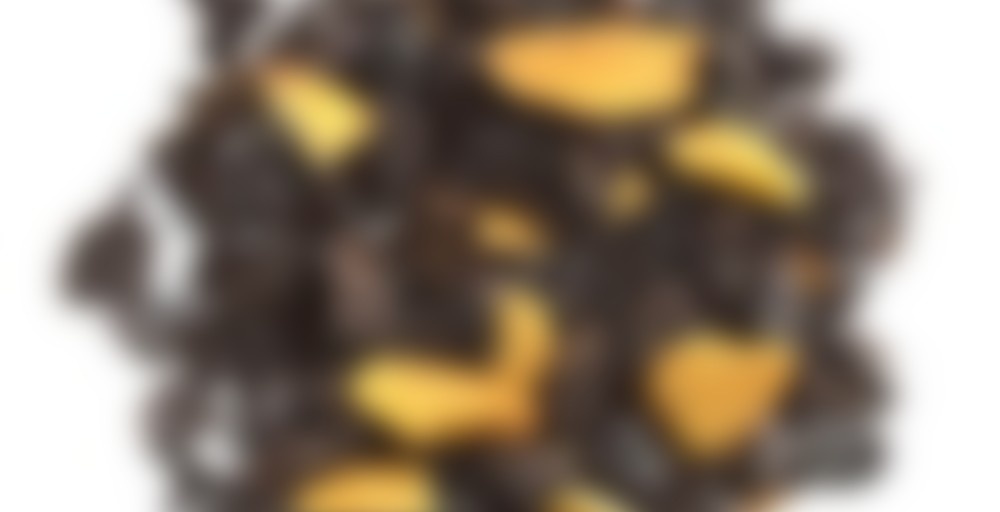 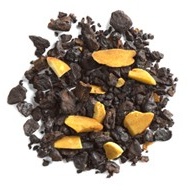 Want to give up caffeine? Then make like a European and try this roasted chicory root tea. It’s rich, dark and satisfying, with hints of almond and vanilla. Just replace some of your ground coffee or black tea with it when you’re brewing or steeping – you’ll barely notice the difference. Then up the amount each day. It’s a deliciously painless solution, especially with milk and sugar. Caffeine-free.

This is last cup I’m having of this tea as the rest is going off to a new home with Will Work For Tea. This tea is clearly made for coffee lovers among us – of which I’m not – so I think that colours my opinion of this blend somewhat. Still with a bunch of sugar and milk it’s not half bad and has a nice slightly-burned, malty flavour. Subtle it sure ain’t, though.

Smells amazing in the tin. Like coffee and caramel and chocolate and vanilla. MMMmmm.
Steeped in hot cocoa. MOCHA DELICIOUSNESS! There’s a hint of almonds that makes it sort of reminiscent of amaretto. This. is. so. good.
(I’m a huge coffee fan in addition to tea.)

“Chicory is well known for its toxicity to internal parasites. Chicory (especially the flower) was used as a treatment in Germany, and is recorded in many books as an ancient German treatment for everyday ailments. It is variously used as a tonic and as a treatment for gallstones, gastro-enteritis, sinus problems and cuts and bruises. (Howard M. 1987). Chicory contains inulin, which may help humans with weight loss, constipation, improving bowel function, and general health. In rats, it may increase calcium absorption and bone mineral density.”

Cool! Love yummy things that are also good for you. :)

It do taste good? Hum… Mocha and Amaretto. Sounds delicious and I didn’t know why but… I’ve never tried it and NEVER think to actually… Well, try it. Maybe I will with that review!

Coming from a coffee lover it’s awesome. I could see how prepared wrong it might be bitter or not so good though.

It smells delicious, but that’s about it. It steeped really bitter, and I did try multiple ways : with agave, without, as a latte, pure, and all ways I found it bitter and didn’t like it. I found it tasted burnt. I ended up using the rest to marinate chicken, attempting to give it a smoky flavor. It was OK but as a marinade didn’t really flavor much.

This tastes lovely on its own, and even better in coffee. Roasty, dark chickory, warm vanilla, and nuts really boost the body on cheap coffee – and make proper coffee taste fantastic.