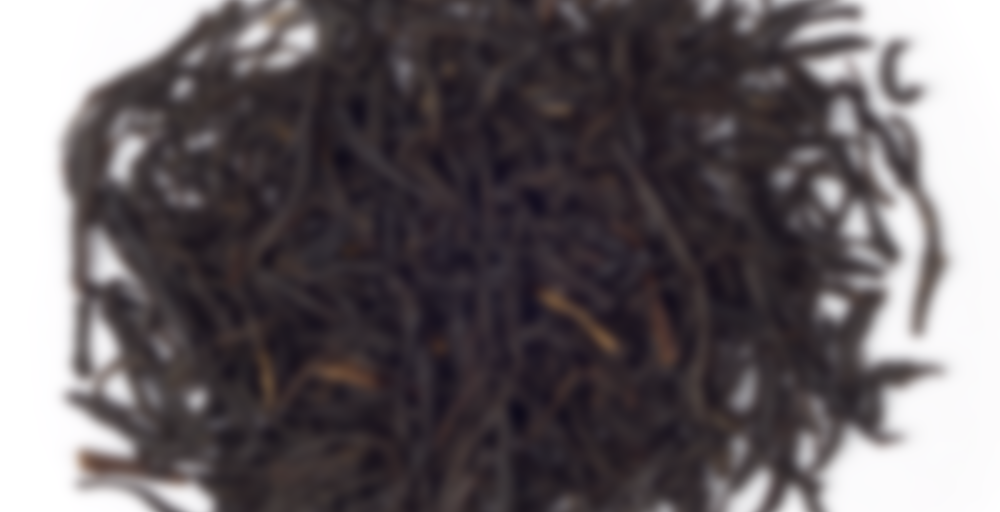 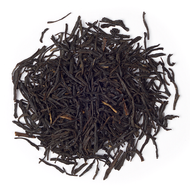 Take our word for it – you’re going to fall for this tea. It’s really something special. Unlike most black teas, these leaves are lightly steamed during processing – a step usually reserved for Japanese green teas like Sencha or Gyokuro. The result is so delicious, we can’t figure out why we don’t see it more often. It’s aromatic and rich yet surprisingly refreshing, with hints of ripe fruit and dark honey. Go ahead and get acquainted…we think it’s going to be love.

OMG! OMG! OMG! Roasty tangy unsweetened nut butter-esqe Fujian amazingness! Emphasis on the roasty! Stone fruit on the end of the sip. Everything I hoped for, and more (and it’s organic!). I’m thrilled. I want 12794902840928490 pounds of this.

Do you at least have enough on hand to get you through the blizzard? :)

gmathis – I have 50g – I was pretty confident I would like this one seeing it’s Fujian, but I didn’t know how much!

Ze_Teamaker – if the three OMGs didn’t give it away ;)

ashmanra – I’m going to have to rip open my box to you and include this. It’s like the Emperor/Gong Fu Black/all the roasty goodies!

I am beginning to think there isn’t a Fujian I don’t absolutely adore.

I’m liking this a bit more this time around. It smells malty, grassy, and very much like honey. The base reminds me a bit of an Assam – maybe because of the sweetness is comparable to the fruity notes, or maybe I just have Assam’s on the brain.

When I sip it I get a lot of grass. Honeyed grass. The rest is hard to describe but one reviewer mentions muscatel and yes, I get that too. Not too much thankfully!

If you would have told me a year ago that I would drink “honeyed grass” and think it was excellent I probably would have raised an eyebrow at you. And then I would have thought you were a weirdo because that’s a random thing to say to someone. But I’m surprised. I really do like this one.

Thanks to Sil for picking some of this up for me quite a while back. It’s one that I was dying to try, but that my local DT didn’t carry.

I thought that 5 min would be excessive to infuse this tea, so I gave it 3. I think that 5 would have been fine… but… I don’t think I really care for this tea, haha. There’s an overwhelming dried grass-y note in here that I’m not finding appealing, and although I’m picking up some dark chocolatey tones at the end of this sip which are not too bad… I am getting major dried grass. Like, stale dried grass. Idek. I really don’t think I’m fond of this. And it shouldn’t be a storage issue, as this tea was simply in its original zip bag, and certainly shouldn’t be too old.

I’ll try this at 5 minutes next time to see how it goes, and if that doesn’t work, I guess the rest will go in a giveaway pile. I’m sure there are other people who would enjoy this much more than me. (Interestingly, I’m getting kind of a dark honey note in here as well… and the flavour is growing on me, although I still don’t particularly care for it… I don’t think…)

i bought it and then didn’t touch it! so old shouldn’t be a factor heh

Have you tried this one? Are you interested in trying it? And yeah, I know you didn’t (or assumed you didn’t).

curious…if its qualified as gyokuro…is it still later harvest stage shaded before plucking to promote chlorophyll development? and then process through oxidation? I would be interested to learn

I actually quite enjoy this one even if I take issue of their use of the word “gyokuro.” :)

yeah..I wasn’t even taking issue with use of the term gyokuro…just wondering if it was true to the name in its finishing process

Interesting. Darjeeling meets… Keemum? there is a distinct muscatel note, rising into an astringent note, all hanging in a keemum/hay shadow.
I got three good steeps out of the bag, and my last was the best.
Can’t say I’m in love with it as I prefer my teas a little naturally sweeter/malty but it was an experience worth having. I’m considering picking it up for the travelling tea box I got in the mail today! SQUEEEEE!!!

Sheesh. The employees at my local DT hadn’t even heard of this one. I hate being more knowledgeable (by FAR) than the employees… one new guy there was… clearly new, and knew virtually nothing…

Ohmygoodness, I KNOW right?! So many times I’ve gone in and they don’t even know about rinsing or first/second flushes. Le sighs.
Sorry to hear your location doesn’t have it yet :(

Finally read the tea description. Dang, I was hoping it was a Japanese “kocha”.

Geoffrey: ahhh sorry bout that! DT brought out a bunch of new teas,might be worth checking out.

Don’t have much time to write notes lately. :( just coming here to say that this tea is awesome! I picked some up along with the gifts I was buying. :)

This was a surprise tea included in a box from JacquelineM, who has introduced me to some of my favorite teas!

The aroma of this black tea has deep notes of toasted bread and unsweetened cocoa. The flavor reminds me of a lighter Emperor’s Red but is less chocolate-y, and it also brings to mind a light version of Fengqing Black Dragon Pearls from Teavivre.

This is a classic Chinese black tea and one that would be good to have on hand for mornings or afternoon tea. Though sharing some traits with a breakfast Keemun, I feel it is gentler than some.
It is easy to drink without milk or sugar, but I suspect it would take both very well if you were so inclined.

Liquor: An appealing scotch colour, very clear and aromatic with ripe fruit notes and a garden fresh tea aroma of caramel and honey.

Flavour: The overriding notes are delicate yet rich, with a prominent flavour of caramel and freshly manufactured tea leaves – it’s rich, sweet and laden with hints of a delicate medium coloured honey and ripe fruit.

Absolutely love Gyokuro and will look forward to trying this one soon.

Me too, Cassie! It looks delightful!

I ordered that goofy davids tea shirt and while I was at it, I added this to my order. I’d been curious about it for awhile. I accidentally over steeped it but it didn’t get too bitter. This is a really sweet cup of tea. With a nice roasty flavor. I’m finding I really enjoy most fujian teas. This one is no exception.

Hoping I can try this soon, myself.

Gyokuro Black has opened my eyes and made me realize that I’ve been making a tremendous mistake. For months, I’ve been drinking my black dessert teas with milk, and I kept thinking to myself, “Why does everything taste the same, and not very good?” I noticed that dessert teas I once loved all of a sudden had a weird cloying artificial note to them. And it made me question why the h-e-double-hockey-sticks I ever liked X tea.

Then along came Gyokuro black. I steeped this up and tried a cup hot. Eh, it’s a little too earthy for me. It’s decent, but there’s something dark about it. But at the same time, the slight maltiness in the background makes me appreciate this. So then I wondered how this would taste with milk. Sometimes I love a plain black tea with cream and sugar, so milk should be a good thing here.

I added the milk, took a sip, and thought to myself how this tea possibly tastes artificial all of a sudden. Rancid almost? THEN IT FINALLY DAWNED ON ME. We’re not talking about ordinary cow’s milk here, folks. We’re talking about coconut almond milk. The same milk I swoon over when I have it with my morning cereal, or in a cold matcha latte. It’s the coconut almond milk that’s been ruining every hot tea it touches! Then I did some research and found out that people have been finding the same issue with pure coconut milk in tea or coffee. Perhaps the oils go rancid due to a chemical reaction between the heat and components in the tea/coffee. So voilà. Thank you very much, coconut almond milk, for turning my back on some of my beloved dessert teas.

I’m enjoying this tea with 2% milk now, and it’s much better. Reminiscent of that comforting feeling I normally experience when sipping on black tea with cream and sugar.

Moral of the story: coconut milk is nasty in hot tea. Additionally, Gyokuro black is decent with cow’s milk, but underwhelming on its very own.

Second infusion retains the smoothness and slight creaminess. Black tea tones are a bit faded but blend together very well.