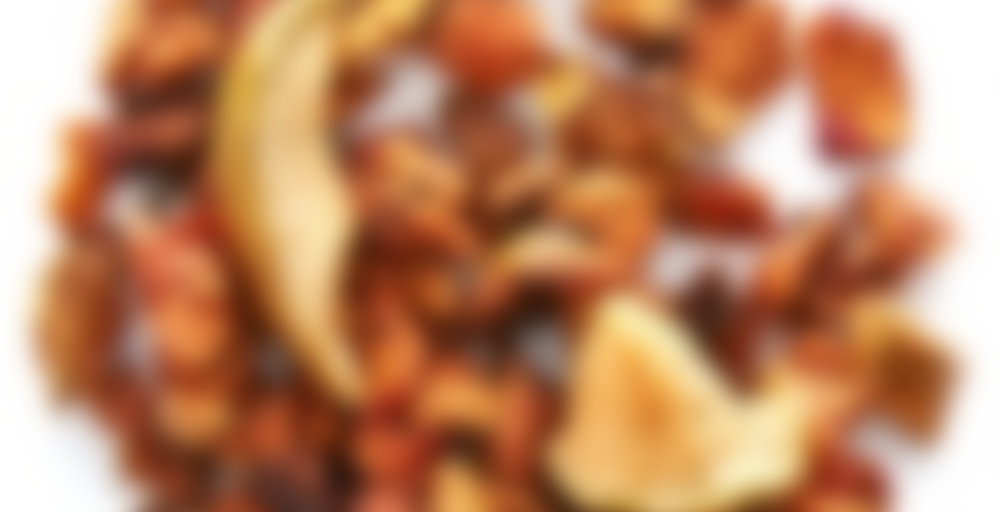 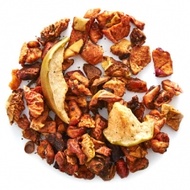 We love a classic martini as much as the next secret agent. But every once in a while – no judgment please – we just want a really good appletini, extra sour. We made an infusion so mouthpuckeringly satisfying, even Bond would approve. It’s packed with juicy apple, blackberry leaves and a dash of beetroot, so it steeps an eye-catching red. With its fresh and tangy green apple zip, it’s the ultimate summer cocktail.

Very good, can drink many cups. Another reviewer nailed it -“tastes like green apple Jolly Rancher”.

Sipdown, cold brew style. This got even more sour when prepared this way versus iced. Kind of wish it tasted the way to dry leaf, if you will, smells, which is like those sour gummy worms. Now I want a handful! This winds up even more sour than actual Granny Smith apples or Crabapples, and as someone who loves sour foods, even this is a little too much for me.

After my disappointment with the Electric Lemonade, I was a little hesitant on my expectations for the Sour Appletini. But I was pleasantly surprised with it. Would I buy it again? Maybe not, at this point I am still a little on the fence.

Dry the leaves have a tangy sour aroma which made my mouth tingle (in a good way). It brews a lovely rose colour and produces a sour apple aroma. Taste wise, I pick up more of a tangy sour flavour with no distinct flavour tones of apples or other items that one would expect. Eventually the sour flavour disappeared and felt like I was drinking more of rose coloured water.

Hopefully my next brew will produce more flavours.

I don’t like the blackberry Leaf here. If you’re going to be sour than be sour because the sweet leaf throws everything off.

Took me a while to actually review this on here, but this tea is pretty good, to me it just tastes like a green apple jolly rancher. It’s quite refreshing, but that’s pretty much all I taste. By all means, it is definitely better than Sour Watermelon in my opinion. This is much sweeter instead of just sour, and I enjoy the apple taste much more.

Boy, is this ever sour. Sour apple flavor definitely sums it up and I am not a fan of it.

This was the tea I was most intrigued by in the Cocktail Collection. It’s truly a sour apple tea, and that’s a flavour I had never experienced in tea before. As an iced tea it’s quite nice, but there’s something off about the flavour, and I think that sour apple is a flavour that should really be reserved for candy. It’s very refreshing, with a full-bodied apple flavour and a very pleasant sourness (thank you for leaving hibiscus out of this one!), but not something that I could see myself drinking very often. Definitely a cool novelty tea though!

What follows is some personal musings on DAVIDsTEA from a business standpoint, the tea review ends here if that’s all you care about!

Lately it feels as though DAVIDsTEA has really been pounding out the new releases, and while I love having new teas to try, it also feels as though the quality of their releases has gone down. I’ve heard rumours that the new CEO, Joel Silver, is planning on bringing out fewer releases (about one per month versus one almost every two weeks), and I’m looking forward to where he brings this company. I don’t think that their previous model of fast expansion and constant new releases sat well with consumers; I believe it gave off a sense of greed for a company that had historically built a very personal relationship with its customers.

I’ve seen many people complain of changing business practices and sales tactics within the company, and to that I say it is a business, and they do need to make money. In the beginning, loose tea was a very niche product, and as its popularity has grown, it’s harder to make the sales. People rarely need to buy high-priced items such as a steeper or a travel mug, and those initial sales are easily the most profitable for the company. The vast majority of people who shop at DAVIDsTEA are not tea addicted, and I’ve found that many people who are total tea addicts have moved onto different companies after initially falling in love with loose leaf tea through DAVIDsTEA. They are no longer trying to break into the market, they’re now trying to grow and expand with the market, and that requires a totally different approach. Being an exciting new novelty is one thing, but creating an enduring, prosperous business is completely different. While I am not saying that DAVIDsTEA will be going out of business any time soon, I do believe they need to change their approach as more and more people are turning away from the company.

Fuck me this is sour! Like, I knew it was sour and I went hunting for it because I was craving that sourness but it really knocked me off my ass – it’s been so long since I last had it and it packs one hell of a tart green apple punch. The power of acidified apples, man…