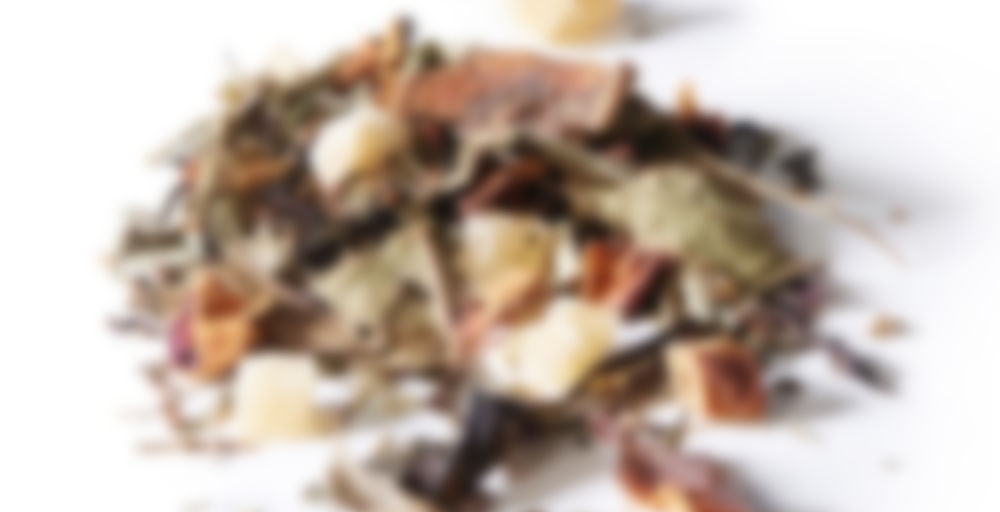 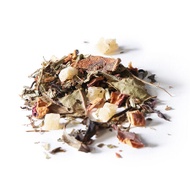 There’s happiness in every sip. This fragrant and revitalizing green tea blends cinnamon, rose, and St John’s Wort, an herb celebrated for its mood boosting and antidepressant properties. Combined with calming hawthorn, uplifting lemon balm and soothing vervain, this happy-go-lucky infusion is a refreshing way to put that pep back in your step.

Mellow notes of fragrant rose & cinnamon, with a refreshing mouthfeel and an aromatic finish.

Time for some non-advent tasting notes!

This is a brand new tea on the website – I think it’s web exclusive, but if I’m being completely honest I actually forget. This is a tea that was developed prior to my starting at the SSC and I’ve only had it like twice; I don’t really know much of the background on it apart from the fact it’s meant to be a bit of a mood boosting tea. On that note though, I want to emphasize that this blend has St. John’s wort in it which is known to interfere with medications. In particular, it can interfere quite badly with antidepressants! There’s actually a decent amount of it in this blend, and I think the label for the tea actually has a warning on it because of this! So just be aware of that!!

Pretty mellow and mild, I don’t think you could describe anything flavour wise here as “strong” and be accurate in that word choice. It’s sort of cinnamon-y and warming, and I get the idea of that nice cozy vibe sort of being nice for a tea that’s kind of meant to cheer you up. Aside from that very soft cinnamon note it’s also a bit floral. It’s meant to be rose, but it doesn’t taste particularly distinctly rosey from what I remember (it’s been a few months though) and is more just a general floral vibe. I don’t find anything about the profile unpleasant, but I also think it’s a little bit boring.

Also, I loathe the tea name. Something about it really just gets under my skin and makes me cringe…