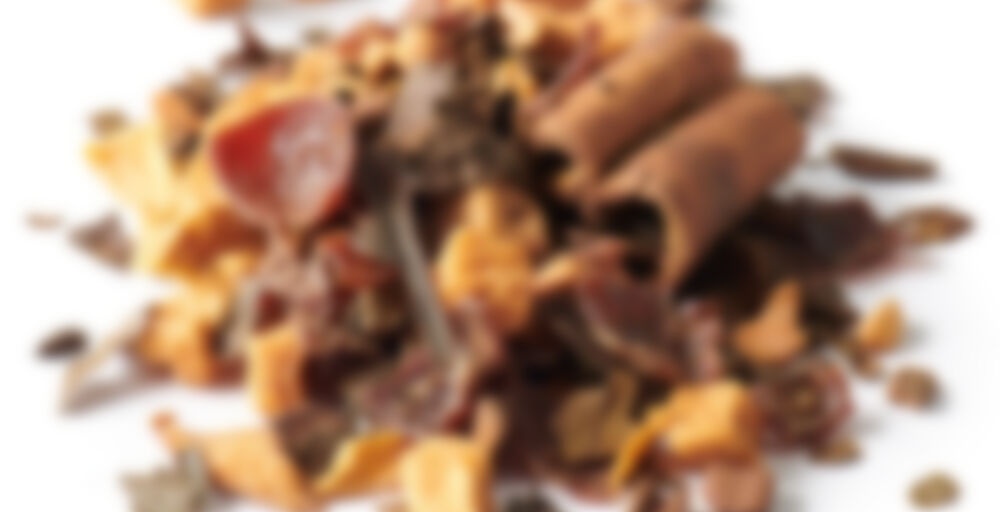 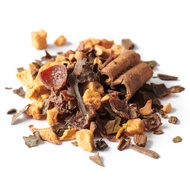 How it tastes
Notes of big red cinnamon dominate to deliver heat & sweetness over a smooth custard-like texture.

A lot of heart goes into crafting our blends. From the ingredients we choose to how we support our growers & our impact on the planet– we’re always looking for ways to do better. Case in point: This cinnamon flavoured tea features leaves leftover from coffee harvesting, which in turns helps provide a more stable income for farmers. The tea is spicy & sweet with cinnamon layered over a smooth custard-like flavour & texture. It’s a heart-warming blend we hope can help break the poverty cycle in coffee communities.

Coffee leaf tea provides a steady income flow for coffee workers, who typically have an income for just three months of the year. Unlike the beans, coffee leaves are processed on-site, allowing coffee workers to pick up a new skill.

Made with lucuma, a South American fruit that helps give this tea its custardy flavour & texture.

Too sweet and spicy for me. Yes I know that sounds crazy but it does taste just like cinnamon hearts and i just realized I dont like them

…and yes, I do mean new tea. I know that many years back DT carried a pu’erh blend called Cinnamon Heart but this is a totally different tea, and not intended to be a replacement/recreation of that blend. It’s its own thing.

This is a herbal tea, but it does have a low caffeine amount because it incorporates coffee leaf! This is the second time that DT has worked with coffee leaf – the first was Superfood Splash, from the summer of 2018 I believe? I remember it launched with the “Splash” collection and I was SUPER excited when it came out because it was a collab between DT and Wize Monkey, which is a Canadian based tea company focusing on coffee leaf that I love. If you’re not familiar with coffee leaf, it’s an herbal ingredient that repurposed a part of the coffee plant that has historically been considered a waste product. Aside from the environmental benefit of using a discard product, coffee leaf tea production has had an incredibly positive economic benefit for the people of Nicaragua! Coffee is only harvest three months of the year, leaving the farmers and workers who harvest it unemployed for the rest of the year – but harvesting coffee leaf and processing it on site gives them work and income for the remaining months of the year! Even if it’s not in the form of this tea, if you’ve not checked out coffee leaf before you totally should because it tastes good but it also does good! It’s very cool!

I love the idea of incorporating this sustainability messaging into a Valentine’s Day tea! It’s cheesy, but it’s a fun way to love the earth a little more while also embracing what has become, commercially speaking, the “season of love”.

The tea taste very cinnamon forward and sweet, which does make sense because the cinnamon heart candies that it’s inspired by are… cinnamon forward and sweet. I think, if it were any other season, I would probably groan a little bit about there being another “red hot cinnamon” flavoured tea because I think DT has sort of exhausted that flavour as of late, but it does feel really seasonally appropriate and I like the switch up from something really fruity or really floral for V-Day, which was the angle the last few years.

Aside from that sweet cinnamon note, I do taste a few other things. The first would be a light nuttiness from the coffee leaf, which has a sort of nutty and grassy flavour a bit like a green tea or a slightly roasted yerba mate. The second is the lucuma, which is a bit woody and a bit creamy and sweet with, in a strange but pleasant way, almost maple-ish flavours? It gives an interesting and nuanced undertone to this strong and upfront cinnamon note.

While I am not fan of celebrating Valentine’s Day, I am pretty much sure I would like this tea :)