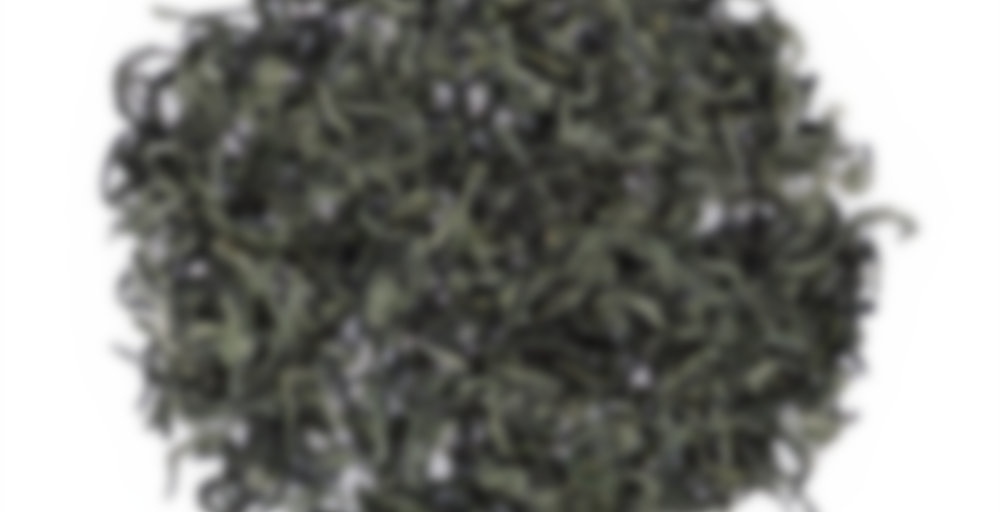 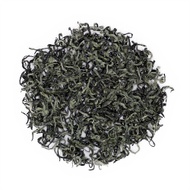 by Dazzle Deer
75
You

碧螺春
Bi Luo Chun is known as one of the top green teas in Chinese history. Once it was called 吓煞人香 (Xia Sha Ren Xiang, lit. frightening fragrant) by local people to describe its strong fruity aroma. The dry Bi Luo Chun tea leaf is covered with white hair and curls like a snail, which is where the Luo (螺, snail) in its name comes from. Bi Luo Chun is a very delicate tea. Since the tea buds and leaves are very young, the water temperature should never exceed 185 ℉/85 ℃ when brewing, and 上投法 (Shang Tou Fa, lit. top throw, throwing tea on top of the hot water instead of pouring water on the tea) is always recommended for Bi Luo Chun. With a fruity and floral aroma, the tea liquor delivers a mellow and long-lasting sweet taste.

Sampler Sipdown September! Felt in a green tea mood, and I won’t have time to gong fu until the weekend, so I’m just going to western brew this Dazzle Deer sampler of Bi Luo Chun in a big ol’ mug because I want some Bi Luo Chun now.

I’m still getting that beany flavor I get from Bi Luo Chuns, though this one is a bit lighter than some of the other ones I’ve tried, having a bit more of a grassier clean green taste in the background. I’m also not getting any spice notes like I’ve found in other Bi Luo Chuns, and without that anise/pepper flavor, the somewhat meaty taste my palate sometimes reads from that beany/spice flavor as bacon is instead reading more like seafood, shrimp or scallop. It’s lightly vegetal, with a slight sweet pea flavor toward the end of the sip. This is probably one of the least impressive Bi Luo Chun of the ones I’ve tried. It’s also from a different harvest year, as I believe the other two I tried were 2018, and this one was a 2017, so maybe the lack of spice notes has to do with either age or harvest date. I definitely preferred the ones with the hints of anise or pepper, though. This was still a relaxing green tea and a nice accompaniment to my vegetable soup for dinner, just lackluster in comparison with similar teas I’ve had fairly recently.

Small, furry, twisted green and silver leaves. Dry aroma is nutty and vegetal. Brews a very light yellow-green. The taste is very mild without being weak. Strong chestnut note, edamame, sugarcane, and a pineapple fruityness. Great lingering flavor and aroma in the mouth. A nice tea!