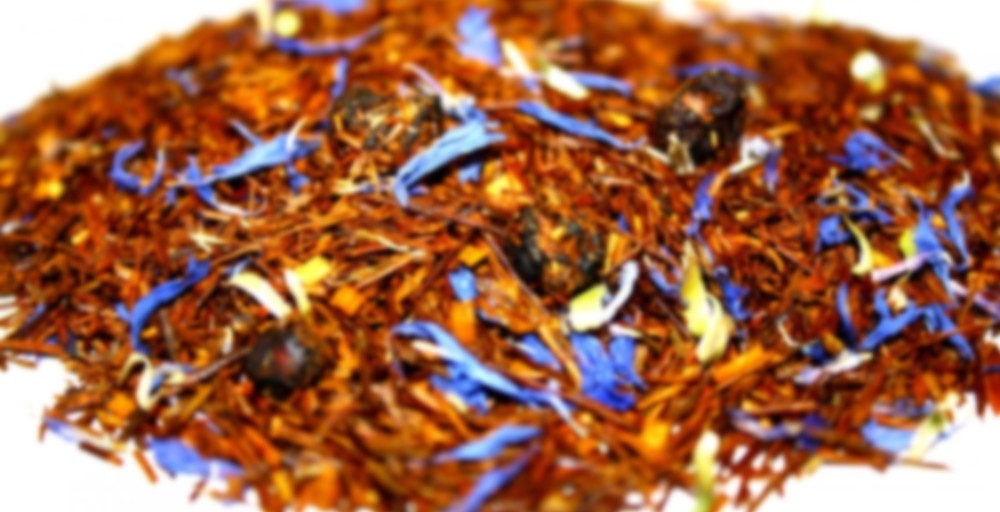 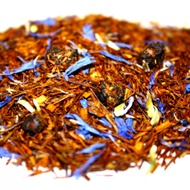 by Della Terra Teas
69
You

When it’s your afternoon, indulge yourself in our blueberry afternoon. Its wonderful fruit taste with real dried blueberries will have you wishing it were always afternoon.

This is the second sample I tried from the Fruity try me pack. Sadly, I was a little disappointed with this tea. The blueberry taste isn’t as obvious as I like, and there is something about the freshly brewed smell that kind of reminds me of the Playdoh I used to play with when I was little. I used to love playing with Playdoh when I was little, but I don’t want my tea to smell like it.

I had high expectations for this tea because I absolutely adore David’s Tea blueberry jam, and although I wasn’t anticipating an exact match, I was hoping for a similar intensity of the blueberry taste. It didn’t deliver. Oh well, can’t win them all. This tea is not bad, but it won’t be joining Lemon Chiffon on my Della Terra Teas repurchase list – there are so many other teas that I enjoy so much more.

More like Blueberry Evening? I bought this as a nice chill-out before bed tea. I wish it tasted more like blueberry though! I really enjoyed Blueberry Jam from DT, but didn’t like the crazy amount of sweetness. I was hoping this would pop, yet be a soothing rooibos.

Oh well. I have lots of Lime Chiffon left!

Also, I brewed this 5 hours ago and threw it in my old timolino so that I wouldn’t wake everyone up when I want my bedtime tea. It’s still piping hot and I’m just pouring it into my little 4oz bubble cup so that it stays hot. Maybe that’s not the most efficient way to do it, but I’m happy!

Their Blueberry Creme (?) is guite delicious, but sadly does apparently contain black tea. However, I don’t think it has very much in it.

I love the blueberry creme!!

Guess I should give that one a shot! I like creamy fruit teas better. :P (Also, I like ordering from DTT)

Oops, I did it again. I opened the new packet and stuck my nose in. Really bad idea with this blend, the fragrance of which immediately reminded me of cough syrup. Yuck. Undeterred, I doled out a bit into my infuser.

The dry leaf in the infuser smells less like cough syrup than it does when you inhale the entire packet at once, but there’s still a pretty strong chemical component which I found pretty unpleasant. Thankfully, it’s mostly absent from the brew’s fragrance.

I’m pretty sure this is my first blueberry tea. Its flavour redeems it greatly, as the chemical nature of the fragrance is absent from the flavour and you’re left with a creamy tasting blueberry tea. The one thing that I learned is that I quite like this flavour, so I’m looking forward to trying other blueberry blends. But this one? Well, even if it were the only one, it still wouldn’t be my favourite, but it’s a pleasant enough introduction to the flavour profile.

My resolve to drink a full, unsweetened/unadulterated cup of any tea of which I have more than just a cup or two has already broken down and I’m back to taking just a few unsweetened sips before adding whatever I want to make it yummier. While I’ll probably still try to give it a go with straight tea, it doesn’t make sense with flavoured blends. Why fully enjoy five of six cups when I can fully enjoy six of six, amirite? =)

So. Blueberry Afternoon is fine unsweetened. Contrary to my expectations, I didn’t detect any tartness at all. I mean, I figured the “creamy” bit would offset most of the natural blueberry tartness, but I still expected a little, and I was happy to be wrong. And then I sweetened it and was even happier. =)

This was supposed to be a bluberry rooibos? Sarcasm aside, you can barely taste the blueberry when hot, warm, or cold. I tried.

You’ve tried their Blueberry Creme, right? I really liked that one, but didn’t ever bother picking this one up (I like cream in my fruit teas, haha).

Blueberry Creme was delish, good to know about this one since I’m not really a rooibos girl!

Catching up on my tea log – sorry for the flood, everyone!

The smell of blueberries was very strong in the dry tea, but lost a little of its potency in the cup. It still tasted very much like blueberries though, and went down very smoothly indeed. I found the blueberry taste a little artificial, hence the lower rating. I should note that my husband, who is not a tea drinker, really enjoyed this tea.

This was okay. I expected worse, from the other reviews. The blueberry isn’t the strongest flavour ever, but I can tell it’s there. It’s mostly rooibos in the sip, with the blueberry coming through in the aftertaste. It pops a lot more with sugar added, too. There are other teas I’d rather drink, but I certainly wouldn’t begrudge having another cup of this. It’s nice.

Thank you Janelle for the sample.

I made this tea last night and was going to have it before going to bed. I ended up being too tired, so I drank it this morning over ice. I liked this tea quite a bit, and I didn’t even need to add sweetener. It was a yummy iced tea.

Thank you TraceyC for such a generous sample of this delicious blueberry tea. Della Terra does rooibos well it seems and this is one I would consider restocking. Luckily, I don’t need to worry about that right now because I have at least a few more cups left and I am sure I will enjoy every last one of them.

In other news, DAVIDs now has COLORED mason jars!! And, they are cheaper than the original. DO WANT! Although, I would probably get killed if I buy anymore mugs.

Yours I Like This
17 likes
2 comments
Edit
keychange
Delete

but no steeping basket! :(