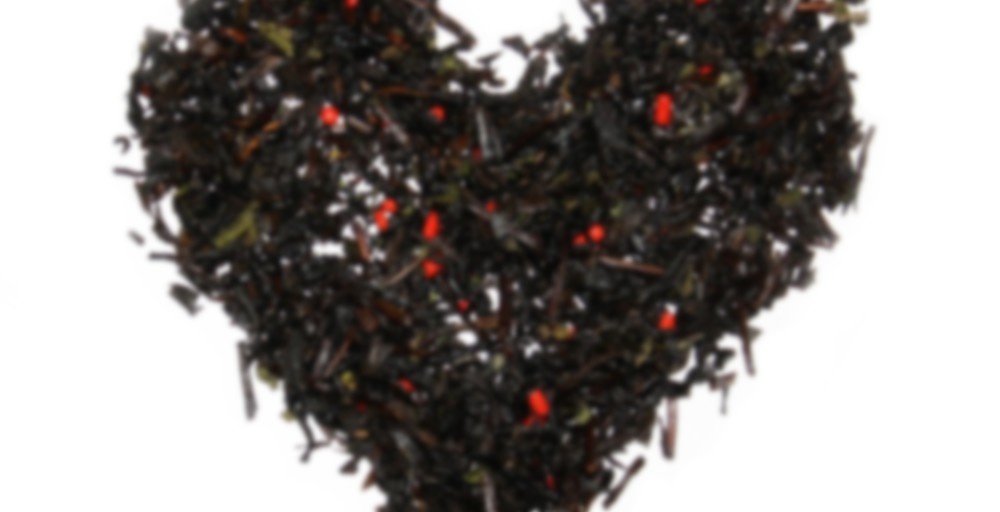 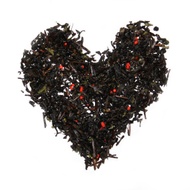 by Della Terra Teas
80
You

Love tea but loathe Valentine’s Day? Nothing wrong with that, just make sure you have some of our Anti V-day Treat there for you when it’s time to ignore all the cards, candies, kisses and roses! We have taken the best vanilla tea with delicious mint for this one! So, turn on the tv, sit back and enjoy your Anti Valentine’s Day Treat!

I had a cup of this tonight and i am now decuboarding it to add it to my swap pile. Again, not because i hate the tea but because i have outgrown it. I like the addition of the vanilla with the mint, but i’m growing tired of Della terra’s incessant need to add coloured crap to all their blends. my infusers says…NO MORE! so into the swap box it goes!

You give me morning giggles!! NO MORE!!!! I agree with the sprinkles and all the “stuff” NO MORE!

Their blends stand on their own…get the extra shit out of there . Makes a mess of things and adds nothing! Grrrrr

This tea smelled pretty delicious in the infuser both before and after adding water. Sweet, vanilla-y mint. Yum! Much like Santa’s Secret from DavidsTea, if my memory serves.

I think the flavour is much the same as well, although I’m definitely feeling that there’s more vanilla in here… which for me, is a good thing! Overall, quite a tasty tea! Not sure why it’s anti v-day though, haha.

ETA: Second infusion is surprisingly tasty! Still vanilla mint, and strong enough to be quite enjoyable. HOWEVER, there is a strange sour note poking out here… I’m not sure if it’s my tastebuds, oversteeping, or what exactly, but I might just leave the rest of this cup until morning…

So the sentiment might be a bit negative but it is still acknowledging valentine’s day and thus fits the bill.

I actually quite like the combination of mint and vanilla in this one. It is smooth and sweet and has the perfect amount of mint to round out the flavor. Yum!

Everytime I see the name of this tea, it always makes me think of the movie V for Vendetta and not anything to do with Valentines Day. Ha ha.

LOL Oh, that was one amazing movie

2nd to last cup of this and I forgot it for like, 15 minutes while I played Fallen London. /o\ THIS TEA IS VERY FORGIVING THOUGH! It’s still good! Of course, K just showed up with a coffee…

I’m not dumping it though. It’s so good. I will miss this tea.

It is! It’s a cool story. It is kinda slow in the beginning but idk, I’m still playing, so….

This tea reminds me of several other blends that Della Terra sells, but the most recent one it reminds me of is Candy Cane, which I just finished up a few weeks ago. I think this has more vanilla in it, which is likely why I didn’t enjoy it as much. I could also do without the sprinkles, they don’t reall add anything to the blend, just a splash of color to the dry leaf. Probably not a reorder for me, but still enjoyable.

Finishing the last of this sample that I received in a trade from yappychappy (thank you!).

I wanted to try Anti V-Day to see if it was Della Terra’s Candy Cane tea made over for another holiday. By now I guess everyone knows that it is. This is fine with me because I loved Candy Cane, so remakes make me smile. The tea is an excellent mix of mint and vanilla with a good black tea base. Out of all the DT teas I’ve tried this on resteeps the best. Just one more reason to love this tea!

This is pretty much the Shamrock black tea without the chocolate. It has a nice minty scent. The flavour is a smooth, creamy mint. If you have a good vanilla/ mint blend, chocolate isn’t always needed.

Smelled amazing when I opened the pouch. Very strong vanilla scent, and sugary. Disappointingly, I found it very weak. I could barely detect the vanilla, and even with a spoonful of sugar didn’t taste the other flavors. I even steeped it longer than recommended hoping that might make a difference. A shame. I was looking forward to this.

Not giving this a rating because I’m not sure how old the sample from the TTB was. My reaction seems to be in the minority.

Why do we have to make this about Valentine’s day? Why can’t I just enjoy this tea year round? Let’s not put such labels on good tea. Tastes like an Andes mint. The red sprinkles leaves a red ring around my mug.

This is a Della Terra blend I’ve been curious about for years, but since I’ve had Minty Cow (or whatever equivalent DT had on hand at the moment) stocked just about as long it’s seemed redundant to purchase this when it’s so similar. I was very happy to see it in my swap package from her, though!

I cold brewed it because I remember discovering near the end of my tin of Minty Cow just how great it is cold brewed – and this isn’t any different. My first thought after the initial sips was “this tastes just like marshmallow fluff”, and that’s because the vanilla is really, really strong. I’m loving it! The chocolate is really rich too; creamy milk chocolate for sure. The peppermint is crisp and provides a very refreshing finish to the drink. Overall, it’s like some of the best peppermint bark I’ve ever had – which I guess it more of a Christmas thing than Valentines but this is Anti V-Day Treat.

It’s a shame Della Terra has currently closed up shop; I think I like this better than the Minty Cow I had at one point…

Side Story: One of the cool things about working at a grocery store is that there’s constantly food in our staffroom for everyone to eat – usually it’s platters of fresh cut fruit or vegetables, or cheese/meat trays from the Deli but sometimes they bring up donuts or stuff like that. Once they brought up like 50 candy apples that they couldn’t sell because the sugar crust (or whatever it’s called) hadn’t been tinted correctly.

Well, yesterday I came up for break and there were literally 40 boxes of cookies. Someone had screwed up the order and they had more than they could sell before the expiration date so they put half of them on sale and then brought the other half upstairs for staff. It’s a shame they tasted gross though (some kind of weird vanilla bean flavoured crispy cookie), I’d have loved to bring some cookies home…