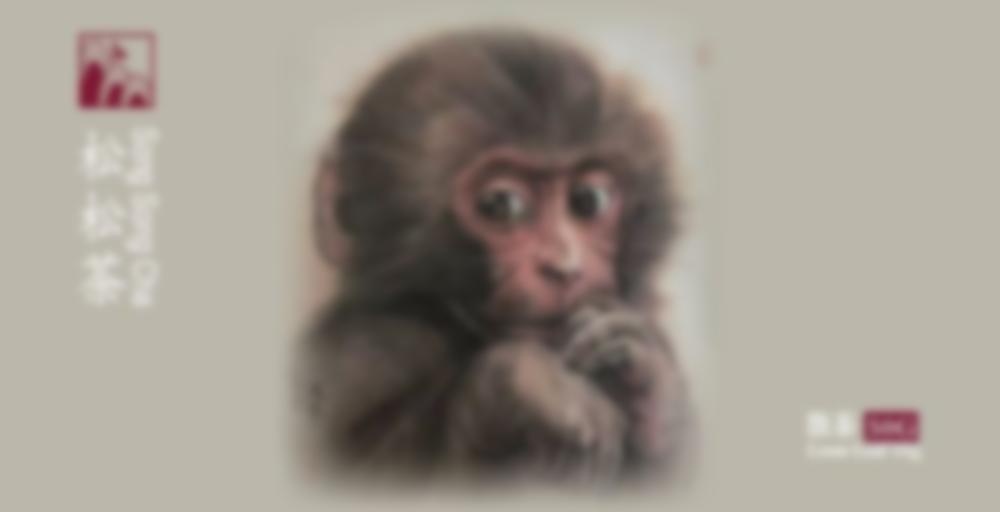 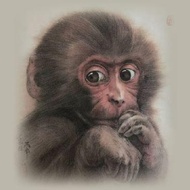 Song Song Cha brings a deep malty sweetness of mature, ancient tree ripe Pu-erh. It is smooth, thick and comfortable throughout the body, leaving you with lasting warmth and positive memories of this tea.

I received a sample of this with a free tin of black tea I received from Denong for answering a survey (had to pay for international shipping though, which at USPS rates was equivalent to the price of the tea itself). The sample bag read 3g (woo…), but when I weighed it, my scale said 2.8g, some of it pure dust. Only thing worse than receiving a sample of less than 5g is not even receiving the amount stated on the label. Fortunately Bitterleaf Teas was recently giving away 50ml gaiwans to those who ordered dancong, so I at least had a vessel suitable for such an amount.

The Song Song Cha starts off surprisingly strong right off the bat with a massive body in the early steeps. I don’t know if the silver played any part in this, but the tea is very flavorful for a shu. The flavors are very clean and crisp, being conveyed without anything obscuring them. The tea has a very prominent camphor note running through it, accompanied by cooling as you’d expect along with herbaceous notes.

As we transition from the early steeps to the middle ones, we sadly lose the body but gain some sweetness, one that I’d label as a berry sweetness. The taste becomes extremely clean — and frankly cleansing — like the purest of spring waters. The tea is devoid of any dankness or earthiness and simply tastes like the cleanest, purest of waters, with fresh, herbaceous notes to it accompanied by slight berry sweetness. The overall presentation is fairly subtle and over-brewing just ruins the experience — I know because I tried. The clarity this tea has in its mid-steeps is unrivaled. One infusion had a slightly oceanic vibe to it and this together with the other notes conjured up the image of enjoying aromatherapy in Greece, somewhere by the mediterranean.

Unfortunately as we enter the late steeps, growing dryness starts to get introduced and infusion ten actually caused a persisting burning sensation in my mouth, which made me want to end the session there.

Overall the Song Song Cha is an extremely clean tasting shu for its age. Coupled with the camphor and herbaceous notes it very much makes me think of a dry stored ripe from the ‘90s. Now in my book that is not exactly a compliment. While I’m not a fan of dank or overly earthy teas, ultra clean shus are also a bit of a turnoff for me. My personal preference tends to veer toward younger, light to medium fermented teas with preferably some bitterness to them when pushed a little. Somewhere in the age between 2-10 years. Too much older than that and we start risking the tea becoming a bit too clean for me. Of course that’s just a generalization and obviously simply my personal preference. I don’t mind some earthiness as long as it’s not excessive.

The tea has good strength, but the roughness toward the end impacted the longevity. I’m not sure if you could brew past that, but I wasn’t willing to find out. All in all an interesting tea to try. Fans of ultra clean shus with herbaceous or medicinal notes might find something of interest here, but otherwise I wouldn’t go out of my way to seek it out. I realize now I haven’t checked the price point so let me go do that.

Oh. So this tea is $85 for 50g. Don’t know if that makes this the most expensive ripe I’ve ever had, but it’s certainly up there. At that price, I certainly can’t recommend this tea. Drinking it, I did not get the impression it was an ultra-premium ripe at all. It was certainly thick in the early steeps, but at anything past 30¢/g I’d be looking for a luxurious, rewarding mouthfeel, incredible aromatics and a long-lasting finish. This tea did not offer that. It’s good, clean, well processed, but not even close to being worth that kind of price.