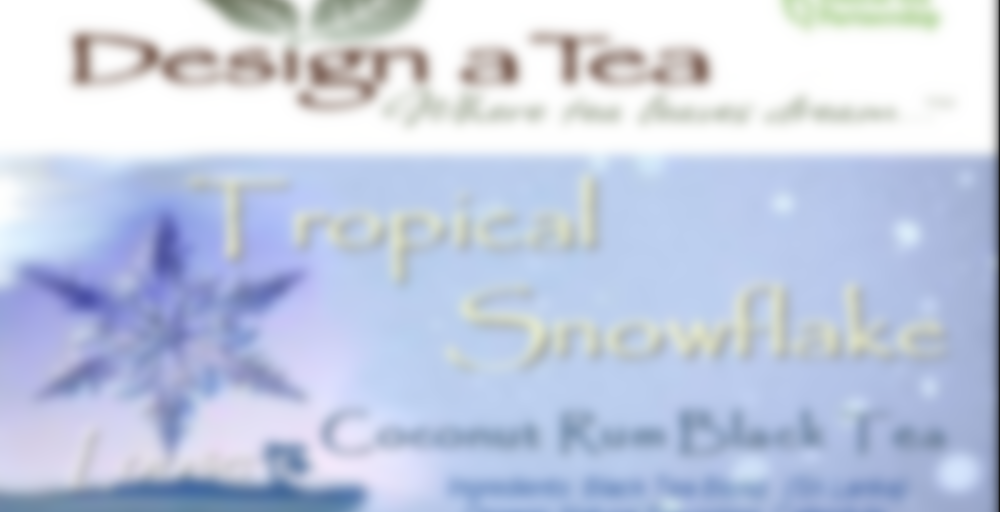 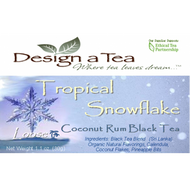 From Design a Tea

A nice tropical blend of natural coconut and rum flavoring with a Sri Lanka blend of quality Black Teas.

About Design a Tea View company

Tea of the morning. I received me Design-a- Tea order a couple of days ago, and they were kind enough to add some samples to my box. This one is coconut rum, and while it probably would have been best to save this for an afternoon tea I’ve been craving coconut lately, so I went ahead and steep it. The rum flavor is pretty strong. It’s fairly equal to the coconut flavor, but because rum is such a strong flavor it seems to dominate at times. As the tea cools a bit the coconut steps to the front more. This I like. The flavors are great. and the base tea is smooth and not astringent. I’m thinking this would be outstanding cold brewed. I’d also be tempted to make a tea cocktail with this one. It has lots of possibilities.

So this was an extra sample added in to the set of teas I made for myself! That’s really cool that they added in something extra and, just based on what it was, I feel like they really took a look at the flavours I had used in my samples and tried to pick something I’d like.

Steeped up, this had the same smooth but in the background black base as my Cranberry Rum blend did, but differently the Rum in this blend was much stronger and in your face as was the coconut which equaled the rum in intensity. That made for a very flavourful and aromatic cup enriched by sweet, supple fruit notes. Whether they were strongly apricot is a little harder to pinpoint. I’d say I was reminded of a cross between Tim Horton’s Peach Juice and Apricot Jam. It worked though, and kept things fun and tasty.

However I have to say that if and when I need an Apricot fix I am likely going to turn to Tea Desire’s White Angel which, like this blend, has a lot of rich creamy coconut in addition to a more flavourful apricot – just TD’s kinda showcases the coconut and apricot flavours more equally. Which is a good thing.

Still this was an enjoyable extra sample! Definitely worth trying.