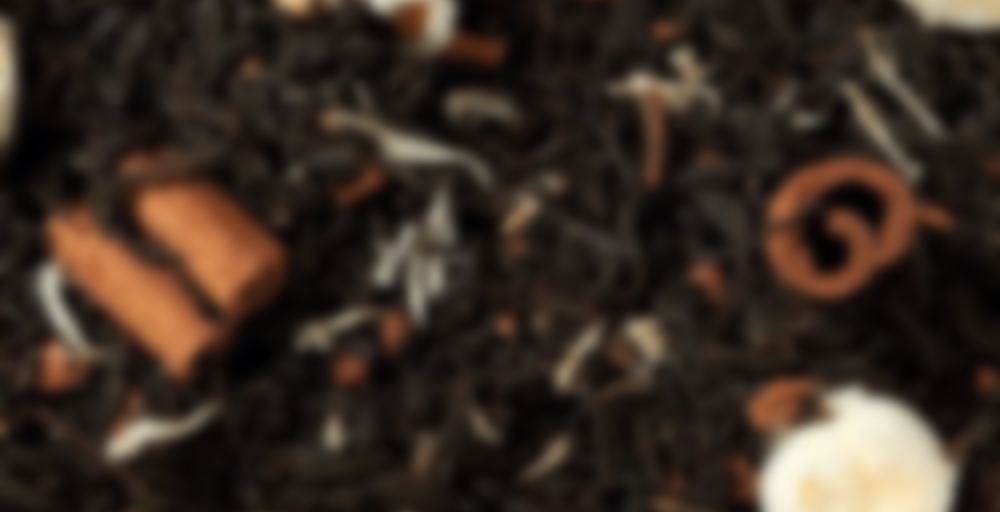 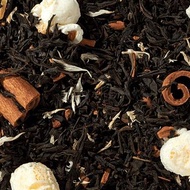 by Dethlefsen & Balk
78
You

We were fascinated by the popular Canadian tradition of making Maple Taffys. Heated maple syrup is poured onto a layer of snow, which rapidly cools the syrup and thickens it. The result: a wonderful delicacy, which melts on your tongue! Of course, we have added real, dehydrated maple syrup and a hint of cinnamon to our creation. This sweet delicacy will also surely put you into the mood for a snowball fight thanks to the added white popcorn snowballs in this blend.

Old review; I’m just moving it because I discovered (Nancy Drewing out a completely different tea, mind) that Tealyra had wholesourced this from Dethlefsen & Balk. Yes, all the other reviews are under “Maple Splash” by Tealyra. Yes, I realize everyone probably thinks I’m crazy that I like putting my blends under the wholesaler instead of the teashop. Consider it a librarian quirk. It makes me feel too much like cataloging a Harry Potter book under every little bookstore that carries said Harry Potter book instead of “Rowling,” the person who made the book…

I got this tea from tea-sipper in a cupboard sale recently, and will admit that the name alone sold me (though I am a fan of TeaLyra’s teas and have several of them in my collection… shame they don’t seem to carry this one anymore, which seems to be a blend from their old Tealux days). I’ve been crazing maple teas lately, so I decided to have this one with my breakfast this morning. (I almost made the Maple Houjicha from 52Teas since that would’ve fit my “Green March” theme, but the higher caffeine content of a black tea was speaking to me this morning!)

I’m not exactly sure what popcorn is supposed to be adding to this blend, but I do love the almost caramelly sweet scent from the bag. Brewed up it has a lovely caramel color with some reddish tones, a medium body with a very smooth mouthfeel lacking of astringency, and a sweet maple flavor with a nice hint of cinnamon in the finish. I really enjoyed that tingle of cinnamon which was a nice compliment to the sweet maple, and found myself adding a little extra cinnamon to my infuser to really emphasize that flavor.

This is a nice tea. Even with a steep a lot longer than I typically give blacks, it came out sweet and smooth, rather than developing an astringent bite, and I really enjoyed the maple/cinnamon flavor combination.

I completely agree with you regarding entering teas under the wholesaler rather than the retailer. ❤