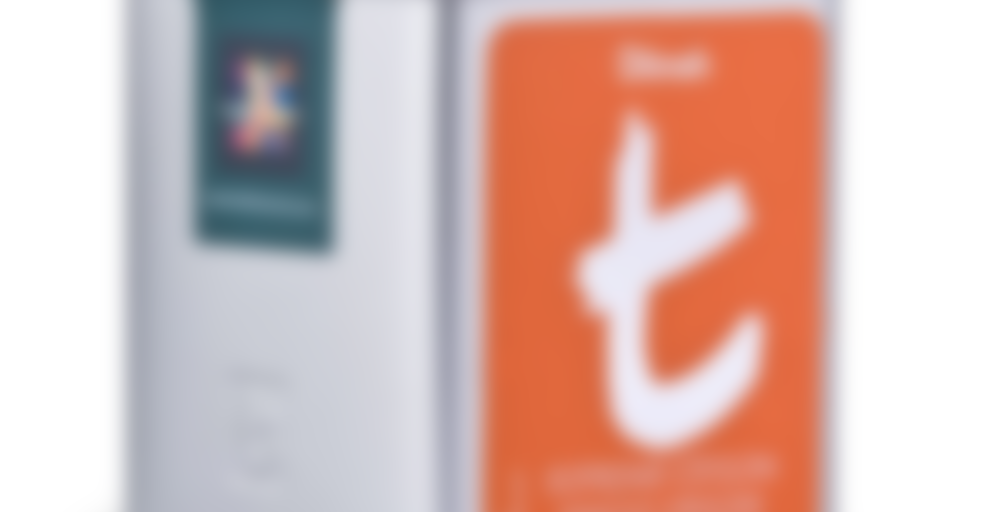 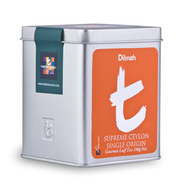 Ceylon Tea was recognized as the finest since the late 1800s when its bright, full bodied teas made tea and Ceylon famous throughout Europe. There was good reason for this as the island produces teas to please every palate – from the earthy and rich low elevation teas, to the light, delicate high elevation teas. This Ceylon Broken Orange Pekoe is the quintessential Ceylon, offering body, brightness, structure, strength and colour; the features that made Ceylon the home of the finest teas.

Deep brown leaf, small broken leaf with orange flakes. Dark coppery and reflecting brighter tones of brown. A distinctive tea that is translucent and in colour, its solid red-brown coloured liquor is reminiscent of aged sherry. There are aromas of honey, straw and melon. An uplifting and expressive black tea taste with a good upfront finish.

I bought the loose leaf tea, which came in the coolest. tea. tin. evah. It has an airlock-type top – one outer lid like a dome on top of the opening, and an inner lid which fits tightly into the opening, with a neat little button handle on top so that you don’t have to pry the lid out with a screwdriver.

The tea itself is very finely cut, with some dust. Truly, it looks like the same particle size I would expect to see if I tore open a teabag. It took me about 4 tries to make a palatable cup of tea. The loose leaf teas I have been using lately are all much coarser, and I wound up using way too much of the Dilmah leaf for my first few tries. I ended up using one level teaspoon, about 2 grams, in an infuser set in a one pint teapot.

The resulting tea was very dark and a little murky with sediment. I found the color improved as the tea settled. Despite the infuser, a lot of tiny leaves escaped and settled to the bottom of the pot. The resulting tea flavor is classic Ceylon: bright and citrus-y, with a spicy, almost pepper-y finish.

For comparison, I made a pot of my current favorite, Adagio’s Ceylon Sonata, which is a much coarser tea, with long, slender strands of leaf, and little dust. I use a longer brew time (5 minutes) for this tea, and I made it as I ordinarily would, with about a tablespoon of leaf. The Adagio tea compares favorably with the Dilmah – the Adagio is more fragrant, somewhat smoother tasting, still very bright, with a clearer, more reddish liquor and far less sediment. It seems to lack the peppery finish that the Dilmah tea has. At $4.99 for a 125g tin, compared to $7 per 4 oz tin for Adagio, the Dilmah tea is an excellent value and well worth a spot on my shelf.

Dilmah is delicious!
Clean and well-balanced, this premium black tea is very easy to drink. It tastes great all the way through the cup, with the just the right amount of strength and tannin.
After tasting it plain, I like to add a little milk and sugar to my black tea… just a pinch of sugar went a long way to really brighten this one up.
If I had an everyday black tea, this one would be my top choice.

How i got it: Bought it (Dilmah’s Variety Pack)

Experience: Second tea of five in the pack. This one has a smooth to mild aroma which follows the typical Ceylon style, only that its notes are a bit more complex than those in the standard, as usual in Dilmah. The flavor intensity goes from medium to high, and seems to have less fruit-y and caramel notes, and be more malty than a standard Ceylon. Slightly bitter notes and some astringency at the end of the sip. A Dilmah level tea – easily above the average.

Would i buy it again?: I’d say yes, given that this is the 2nd time I buy the pack, hehe

i actually have the bagged tea rather than the loose leaf. it’s quite tasty with a steeping time of six minutes, a cube of sugar & a dollop of milk. nice caramel colour, a rich elegant taste. not overly strong, but not weak either. a kind of middle of the road tea. very calming. it has a royal feel to it.