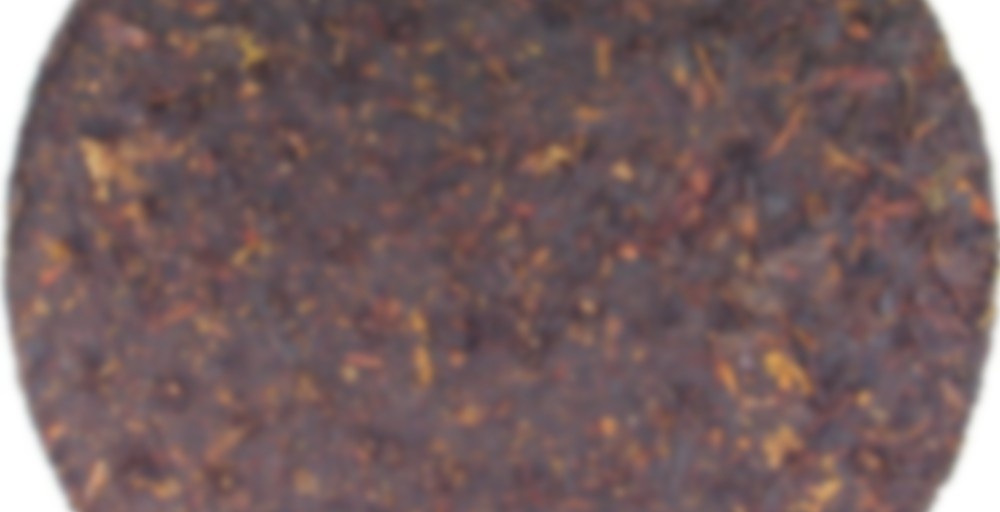 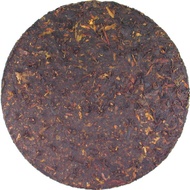 Organic wild leaves from the virgine forest by Lancang river Yunnan. The leaves are plucked from the trees with 800 years history which look flat without white buds, they are in golden color.

I received my new Pu Erh bowl from Dragon Tea House today (no Sunday shipping, it arrived yesterday at my parents address and they came by today). It’s so beautiful! http://www.dragonteahouse.biz/lotus-fish-handpainted-porcelain-teacup-110ml-3-7oz.html

I haven’t been able to walk for more than 5 minutes now for 9 days and have gone a little mad with internet shopping to make up for it. Why is my back out? Truth be told I believe it to be a bad water infection, that’s what the hospital said it was two years ago when I visited. So I suppose I will just ride it out and keep my fluids up.

This tea was part of my previous Dragon Tea House order but I haven’t got around to sampling it until today. It says this is made using wild leaves, that just sounds magical. Imagine living local and being able to pick them up for yourself to prepare for your family. :)

In colour this is dark brown and light brown mixed with some golden shimmery pieces. It almost looks like it’s glowing… There are some stems/sticks in the compressed cake piece too.

It has a strong, dark, soil scent with a hint of lightly smoked wood. A little stronger and darker than I expected of a raw Pu Erh.

Using my Gongfu teapot which holds 8oz/220ml ish it is recommended to use 10g of tea. My husband has beer tonight so the full amount is not needed, instead I shall only half fill my Gongfu which quite nicely fills my new Pu Erh bowl and use 5g of tea per 110ml. This shall be done across 5 steeps with boiling water.

Steep One – 30 seconds – Once steeped this tea is light golden brown in colour and has a strong, damp and muddy wooden aroma. Like a forest after torrential rain. The taste is much subtler than it’s scent. It has a gentle musky quality mixed with smoky earth and a touch of sweetness.

Steep Two – 1 Minute – Golden in colour now. It’s sweetness has been increased slightly and it has more of a wooden feel about it. Still on the musky side and very subtle with both soil and smoke still being present.

Side Note – The Pu Erh itself has dramatically lightened in colour after the first two steeps. It’s now a mixture of green, dark green and brown leaves.

Steep Three – 2 Minutes – The musky quality has grown to match its sweetness which gives this a more leathery effect in comparison to the previous steeps. Being vegetarian it’s strange to say something is leathery and mean it in a positive way but there is just no other way of explaining it. Roughly double the strength of the previous steep but it’s still light and very easy to drink.

Steep Four – 3 minutes – Not as strong, musky, smoky or sweet now but it is certainly more wooden. Perhaps also a touch floral in a dark sort of way. Still on the leathery side.

Steep Five – 4 Minutes – Back to it’s original steeps light colour. All that is left is a mellow, sweet, wooden hue that has a faint hint of musk in the after taste.

Overall – It’s a nice Pu Erh that was pleasing throughout but I must admit that it just doesn’t feel like a raw Pu Erh. I’m not saying it tasted ripe either but rather something in the middle of both which I cannot recall experiencing before.

It’s scent offered a strong tea but it’s flavour gave you a range of sensations which was enough to please just about any tea drinker.

I have roughly 25g left of which I will be able to drink with ease and much delight. Would I buy this again? Definitely.

I love that tea cup!

the cup is so lovely, delicate and refined, sure you’ll enjoy more your teas with that cup :) hope you’ll getting better soon

My habit is going strong. watched some breaking bad tonight and of course i choose a nice sipdown of this nice sheng.
today i did some stronger infusions.

wash/20s/40s/1m/1m/1m/1:20
This produced a very potent brew. And i experienced my first “tea drunk” i got all giddy and excited. Like after a couple of glases of wine. Im pretty sure it´ll be hard to sleep tonight…. :)
Anyways, this tea really started to shine when brewed stronger. To bad itss all gone. :(