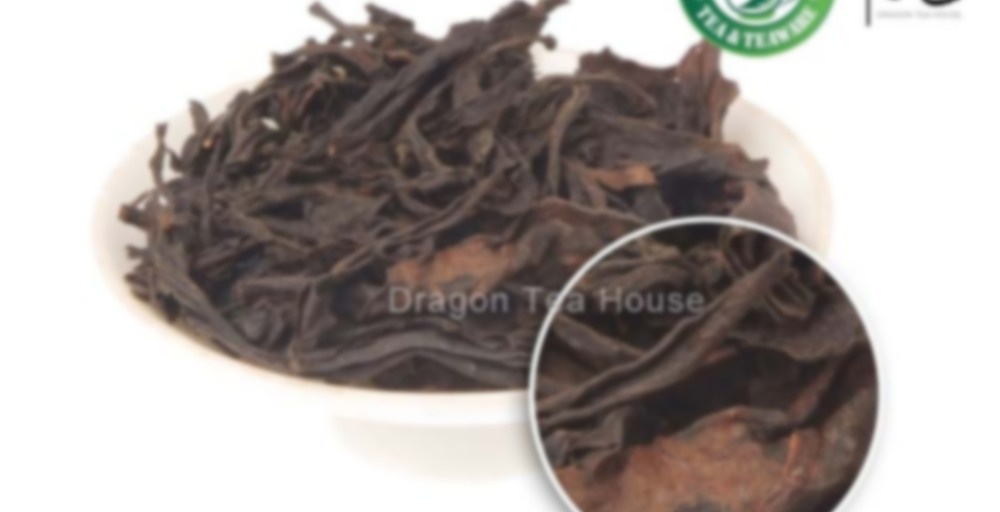 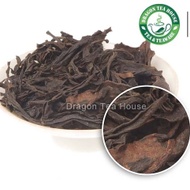 by Dragon Tea House
82
You

This is a very rare oolong tea from the south of Fujian province, China. The origin of black dragon oolong tea goes back about 400 years ago to Fujian Province in China at the end of the Ming Dynasty. In particular, the area around Mt. Wu Yi Shan. Now it has been transfered to Anxi oolong tea plant. Although we call it as a oolong, it is actually a transition between oolong and black tea. As we know, black tea is fermented tea. Fermentation is done to enhance the body, color, caffeine and tannin level of the tea. Black tea is much fuller bodied and richer in flavour than green tea. Withering, rolling, roll breaking, fermentation, firing and sifting are the six operations of this process. Each operation is crucial and time consuming in its own right- but essential in deciding just the right flavour and grade. Oolong tea is fermented only 20-75% depending on where the tea is from. Oolong has a similar taste to a black tea, although some varieties may taste more woody or dusty. Oolong is not as full bodied nor does it have quite as much caffeine as black tea. It is in between a green tea and black tea as far as flavour, body and color are concerned. In regards to the black dragon oolong tea, it is fermented 85%.

As this is a combination of black and oolong, we can find characters of both types. Noticeably large, thick leaves mark this distinctive oolong variety. It has dark robust leaves, very well processed into even, curly stripes. Dark brown colour with deep red touch at the edge of the leaves. Black dragon oolong will amaze you with its warm roasted aroma and a noticeable sweet taste developing in your throat and then at the back of your tongue. The traditional medium roast of this tea creates a strong full-bodied flavor with a hint of chocolate. The lingering aftertaste leaves a slightly sweet taste and characteristic cassia aroma. The flavors range from light floral scents to refreshingly sweet and sour notes, this is a typical character of fine black tea. The taste improves even further the more infusions you make.

Brewing Guide: Generally, 2.25 grams of tea per 170 ml of water, or about two teaspoons of oolong tea per cup, should be used. Oolong teas should be prepared with boiling water and steeped 3–4 minutes. High quality oolong can be brewed several times from the same leaves and, unlike other teas, it improves with rebrewing: it is common to brew the same leaves five to six times, the third or fourth steeping usually being considered the best.

A widely-used ceremonial method of brewing oolongs in Taiwan and China is called Gongfu Tea style. This method uses a small brewing vessel, such as a gaiwan or Yixing clay teapot, with more tea than usual for the amount of water used. Multiple short steeps of 20 seconds to 1 minute are performed; the tea is often served in one- to two-ounce tasting cups.

This was the best last dark oolong I ever binged on. Take into consideration my starting point was local shop, then all kind of obscure sellers on eBay until I realized that the best variety and within budget was this vendor. You go with minimum purchase of 50g and somehow I knew this was the one making a big leap forward. This is the first tea I ever bought 500g of. By the time I was half way thru 2nd bag, I was already eyeing lighter Oolongs alike golden key one. But it was the richest taste I experienced at the time. I am still drawn to black teas once in a while but none really gave same thickness of taste.