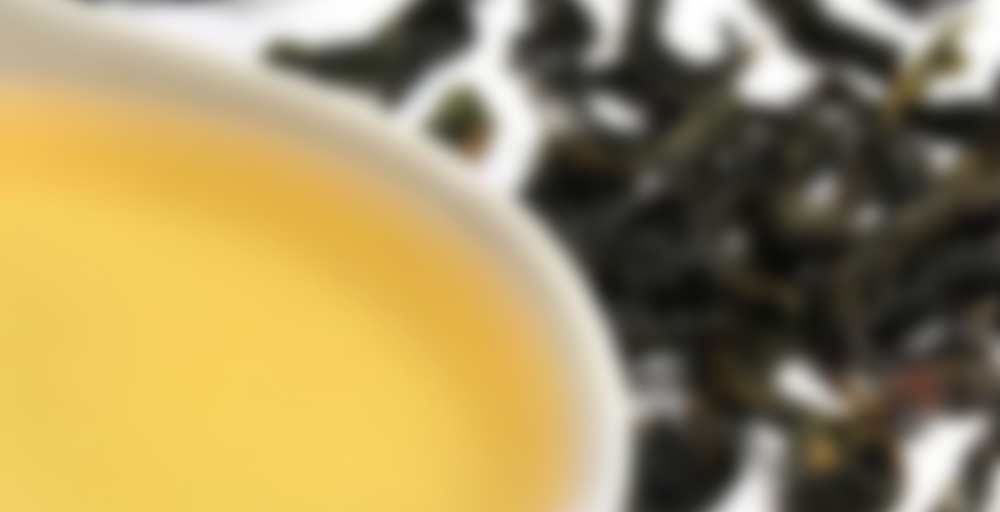 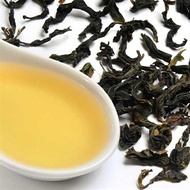 Pouchong tea is a type of oolong closer to a green tea than a typical oolong. This is due to Pouchong tea being oxidized 15% or less while most Oolongs are oxidized about 30-70%. Pouchong means “the wrapped kind”, referring to the practice of wrapping the leaves in paper during the oxidation process.

Our Pouchong brews a golden green liquor with mild sweetness and delicate floral notes. It has a smooth flavor, making it a perfect everyday tea.

I know “mouth feel” is a technical/official tea tasting/reviewing term but it’s one of those words I don’t personally use a lot because it drives me nuts…sort of like the way the words “panties” or “shindig” drive me nuts and the way the word “chunk” drives my sister crazy and a friend of mine cringes every time he hears the word “moist”. I really don’t know what it is…I just don’t really like the word…I guess you could say it creeps me out. LOL

ANYHOW…I don’t know how else to describe this tho! Other than the “mouth feel” (eeeeekkkk cringe at the word) of this is TOP NOTCH!!!

This is a great Pouchong…totally lives up to it’s name!

Heh! I have an aversion to the word ‘blog’. In my head it always sounds a bit too much like ‘bleurgh’. That and people who consequently use abbreviations in text because they’re too lazy to write the entire word.

Thanks so much Dinosara for sending an awesome package of teas my way! It is definitely appreciated! This one is lovely!

Steep one // 4 min // The steep color is a medium yellow. I can tell just by smelling the cup before I taste it that will have mostly a floral flavor and it does — it’s like a flower shop.. or maybe orchids. There is also a sweetness to it that could rival the milk oolong I had the other day… even though this isn’t a milk oolong. It is so smooth and silky! Definitely one of the better oolongs I’ve tried.

Steep two // 3 min // I think the first cup was better than this one. It is rare that the first cup is the better one! This didn’t have as much of the sweet & floral flavor. It was a bit drying.

Steep three // 4 min // This one oddly tasted more like the first cup, just not as pronounced. I wonder what happened! The longer steep time?

This one is a great oolong!

Delightful. I love the buttery taste as it mingles with the slightly sharp floral tones of this tea. It is smooth and rich and delicious.

And it does have a nice mouthfeel (sorry TeaEqualsBliss!) that lingers long after the finish.

I absolutely love this!

I don’t know what it is about ‘mouthfeel’ that freaks me out! LOL

lol! I feel the same way about “vegetative”—reminds me of hospitals.

brandy3392 was generous enough to give me a big ol’ sample of this tea in our recent swap, and I really feel like I made out like a bandit here. The leaves on this are long and very loosely twisted and curled, and they smell nicely floral and green and oolongy. As an aside: I feel like I have a much better handle on the types of tea that are out there and their names, but every once in a while I have a moment where I feel like a total noob for not realizing something, particularly when it comes to the various names for Chinese teas and their English “translations”. Like I totally didn’t realize that Pouchong = Bao Zhong until just the other day… here I am thinking they’re two different kinds of tea, but no.

Anyway, this tea has a very floral aroma when steeped but also a buttery note as well. The flavor is pretty vegetal and buttery, and the floral notes kind of add to the general character but aren’t very distinct on their own. This is one of those teas with it’s own natural sweetness, which is awesome and it’s definitely a character I like to find. Of course just now my nose has decided that it will be unrelentingly sneeze-itchy (you know that feeling right before you sneeze? like that), swollen, and runny, so I’m having a little difficulty with subtle flavors here. I don’t understand why sometimes it’s fine and sometimes it’s not. If it’s going to be sick, I would rather be sick enough that I can at least take the day off, not this miserable half-sick where I can’t justify it. :P

Anyway this is a very tasty tea. Thanks so much, brandy3392!

Thanks to LiberTeas for the sample!!

I don’t remember a lot about this, since I finished up the sample a few days ago, but it was VERY buttery/thick and very tasty. :-)