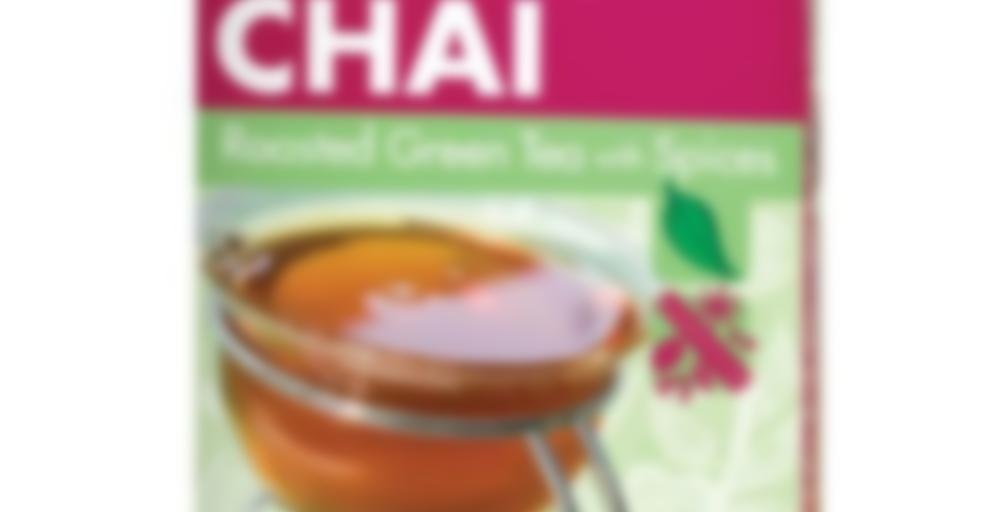 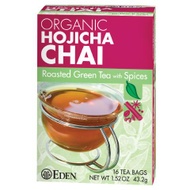 Our master tea blender says, “Innovating, breathtaking, this audacious blend combines familiar Malty notes of Hojicha with exotic Indian spices. A classic revisited.” Chai is the generic word for tea in many countries of southern Asia and is believed to have originated in India over 5,000 years ago. Usually made with black tea, Eden’s is made with Hojicha, roasted summer green tea leaves. Rich smoky, deep flavor similar to that of black, but with less caffeine – 67 percent less than brewed coffee. Traditional chai is made with milk and sugar or honey. We use Edensoy Vanilla or Edensoy Vanilla Extra, sweetened with naturally malted organic grain extract, or EdenBlend naturally sweet from organic amazake. It’s delicious plain as well. Spicy, warming, and stimulating.

Forgot to log this a few days ago…it was chai like and in a bag and not bad actually I liked it just fine. More coming soon…

Thank you LiberTeas for including this in my HoppiTea package!

The bag smells very strongly of star anise. Although it is very strong and I don’t usually like star anise, I am finding this actually quite pleasant. Maybe a little allspice in there also?

Preparing this using stovetop method, as I usually get the best results from chais this way. So, after steeping, I can smell less of the star anise and more of the other spices (cinnamon etc), but I can also smell the tea and chicory is coming through well also.

This is a nice spiced tea, the spices are not very strong but it has an all-round pleasant flavour.

When I opened the package, I could immediately smell the Star Anise… YUM!

This has a pleasant chai flavor. The chicory gives it a nice depth. I love the flavor that the roasted Hojicha and chicory bring to the chai spices. Not overly spicy, just a pleasant spiced tea.

This is a bagged tea that I bought this summer on a lark.

I brewed this according to the manufacturer’s instruction: boiling water, steep for four minutes. Both of which seem reasonable to me.

The tea brews with a pleasant aroma of cinnamon, anise, and that “chai spice” smell that reminds me of ginger and cardamon.

The flavor was enhanced with a small amount of sweetener, but milk (2% in this case) did nothing to hurt or improve the taste.

For a bagged tea with “chai spices” I would say that it was mildly enjoyable, but nothing I would ever crave to buy again. It had a nice Christmas/Thanksgiving flavor, so I might suggest that with a bit of sweetener it would go best with a dessert, say carrot cake or shortbread.