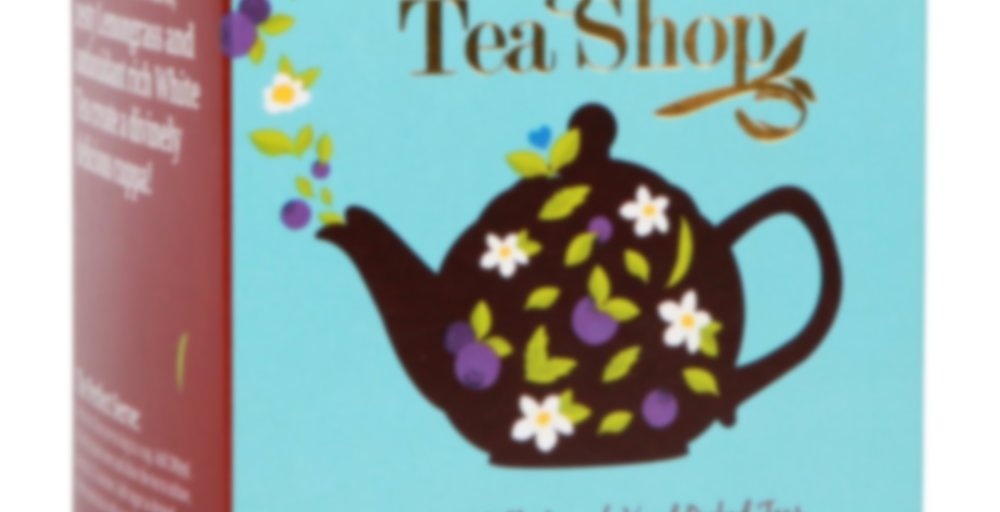 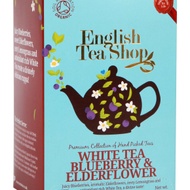 by English Tea Shop
74
You

Drink in the afternoon. Received from postcrossing, from Germany, half an month ago. Postcard was nice though. See here: https://www.postcrossing.com/postcards/DE-9522879
After few hours spent with programming, I wasn’t able to do anything what would working as expected. And I need to learn it good enough till Tuesday. Worse is, that even my brother, who is programmer have no idea how to do it. Or he managed it, but it’s confusing for me.

The tea is unfortuantely dismal as well. Aroma was full of blueberry, but after brewing, all blueberry is gone. Elderflower wasn’t present at all, both aroma and taste.

Tastes actually like an another white tea, classical bagged stuff when it is rather light hay taste and nothing much more. Blueberry… maybe there was something behind all the hay, but… expected it being much more present. Expected floral notes of Elderflower. Nada.

At least new tea bag to collection.
Tasting note NUMBER 700, too bad it is so…boring tea

I am so old (creak, groan, squeak) that in college, training was not yet available for simple computer apps like word processing or spreadsheets. If you wanted to take a computer class, you had to take programming because that was all that was offered. So I tried. My brain is not laid out that logically! Oh, yeah, and I have actually used 5 1/4" floppy discs. Hope you can get the glitches worked out!

They still had manual typewriters when I was in school….

I learned to type on computers in elementary school gifted class. When I got to 8th grade maybe ’96?, my public middle school was still using manual typewriters for the keyboarding class.

Martin: you’ve been here a year less than me and have surpassed me by a handful of tasting notes! Congrats. That’s a lot of tea-drinking, my friend. I hope one day one of your notes will be about a tea we shared in person :)

Wow, derk! What a cool thought! That would be awesome. Should we meet Martin in Prague or should he take a train across America and come see us all? :)

Martin always has a place to bunk here on the East coast.

I just donated my IBM Selectric to a non-profit a few years ago. Used it for decades and it was still in good working order when I passed it on. My cell phone? Still have a 25 year old Motorola flip phone. No GPS. No camera. No monthly plan. No internet on it. A young friend told me I had a burner phone…

White Antlers – you have a phone that has actually not broke in 25 years?!? Put that in the record books! I guess they don’t make them like they used to.

gmathis: I managed. With a help of my brother. Then we found it is incredlibly easy (I have solutions, but want to find my way). I did nothing about that today though. I need to make my brain rest a bit as well. But Tuesday is so close!

derk: Writing with all 10 is necessary today. Many of my classamates aren’t able. I am not able to follow the course, because I have learned otherwise. On my own! Thanks. Indeed I would love to write a note that we share in person. And honestly I write about every single tea I drink . No matter if it is bagged stuff or loose leaf. And usually it is every tea session as well. I have to save money to travel to US (getting ESTA would be another tricky stuff)!

ashmanra: Indeed cool thought! You are always welcomed (all of you) in my country. Prague? How about Pardubice, or my hometown? Haha. But I can be in Prague in two hours anytime. Just say you have landed, I will jump into train and we will met at main train station while I will travel 164 km and you from airport to train station. No. It’s not that bad from the airport. But you would not wait much for me.
I want to take the train across America. But North Carolina and East Coast (you White Antlers) and then to Cali? Whoawhoawhoa… it is getting bit pricey. But certainly unforgetable. Drinking lots of tea along the way, I guess two suitcases will be necessary. One for tea, second for everything else. And I will have to bring some beers to my friend.

White Antlers: If I ever happen to be over there, I will let you know! Thank you for that wonderful offer. It is amazing ot own that “old stuff” but honestly I can’t imagine it. But I am different generation and that’s why I guess.

All: How much I need for flight tickets? Probably New York would be safe bet to arrive? Or should I travel to CA first and then travel on ground back to East, then from East back to Europe? Right now cheapest tickets are for 366 USD to San Francisco and back. Well. I don’t have that now. And trains there are expensive as well, as well “the life”. But I am sure I won’t be able to eat whole BigMac menu on my own. The portions for US kids would be enough. Haha.

Martin, look for deals on flights. They crop up all the time. Traveling cross country in the U.S. by bus, like Greyhound, might be cheaper than train travel. My city has lots of craft beer and I would feed you. No Big Macs, either. Hoagies, pizza, cheese steak, TastyCakes, soft pretzels, food in Chinatown, barbecue, Mexican, Thai and Indian food. Seriously. Start saving your Czech crowns. : )

tea sipper, I grew up poor and thus learned how to take care of things because I had to. It’s a good phone. I have only had to replace the battery once in 20 some years. I have to do triple tap texting on it, which is a pain, but that encourages me to interact more in face to face time and waste less time tapping with my face in a screen.

White Antler: But I am railway buff, that’s why I want travel through with trains :) On East coast it shouldn’t be hard apparently, but crossing the US is actually for same price as a flight. I will start saving :)

Ah! A railway buff! I love trains as well, Martin. Maybe we should start a GoFundMe here on Steepster for this big trip. : )

Haha White Antlers. I would prefer to save on it on my own. Mybe some tiny little help would be nice, but not funding it completely by the awesome community. It would be lovely to see everyone who follows me, but well it means jumps to Canada as well (maybe next visit across the pond?). We weill see. Need to finish University first!

It’s my fervent hope that by the time you finish University, COVID will no longer be a pandemic; just a very bad memory. Travel should be easy again or at least easier than it is now. BTW, Canada is a beautiful place and the people are so polite (or at least the ones I met there) it’s wonderful. Of course, you’d need to visit both central Canada as well as the west coast of it, specifically British Columbia. Oh, to be so very rich with infinite time to travel…

Congratulations on 700 reviews by the way!!!!

I can taste a nice hint of blueberry in this tea. The mild blueberry flavour is enjoyable. I’m not sure what elderflower is and therefore, I don’t know what it’s supposed to taste like so I have no idea if I’m tasting it or not. Really, I just taste the blueberry and that’s fine by me.

A tea with a distinct blueberry taste to wake you up, a very refreshing start to your day. It also got rid of my sore throat after a few cups. A lovely tea with benefits for the winter season, as well as all year round.

Second working cup of the day.
I did not expect to like this. I’m not exactly sure why, maybe because the last tea I had from the English Tea Shop was something I did not care for at all. Hmm.
But this was actually very pleasant indeed. I found it very refreshing in the middle of the day.
I don’t get overmuch blueberry out of it, but I did get a gentle fruitiness, and the delicacy of the elderflower. Turns out I quite like elderflower!

I’ve been pleasantly surprised by the ETS varieties I’ve tried.

That’s good to hear that some of their stuff isn’t bad. Never tried it but I got a friend of mine a cute ETS gift set for xmas this year. Was worried it would be an embarrassing gift.