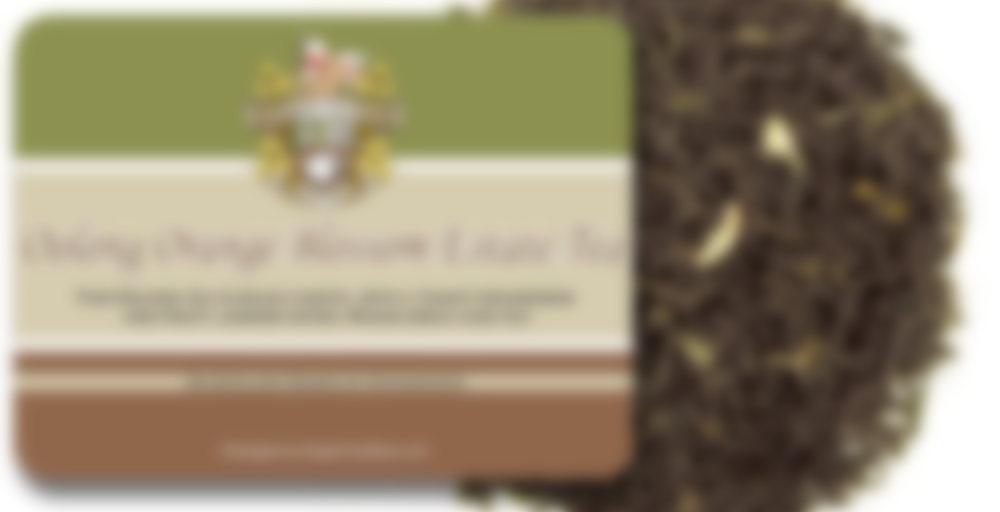 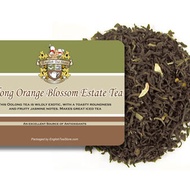 by English Tea Store
77
You

“Oolong” refers to the type of oxidation the tea has undergone. Oolong teas are not green, and not black; but somewhere in between.

For the best brew, our Oolong Orange Blossom Estate Tea should steep in water that has been brought to a light boil (165-190° F) for 1-3 minutes.

I really, really enjoy this. The dry leaf has a a very powerful orange smell, and the leaves themselves are very dark. Once brewed, the color is a reddish orange mixture, and the smell of orange blossom subsides so the oolong scent can take over. The flavor is heavy on the toasty oolong, with a nice delicate orange blossom follow up. Note that this is not a citrusy tea, it’s more of a subtle floral note. It’s very sweet on it’s own, so I can’t really see the need to add any sugar or honey.

I’m going to have another cup of this in a moment, but after the first I think I can say that I’ll be placing an order to keep this one on hand.

Glad you enjoyed it. Especially with out violence to the face in any form….. :D

English Tea Store is a great place to shop too! Try their Lady Londonderry for something really wonderful!

Another very generous sample from Azzrian. Thank you!

Drinking this tea effectively doubles my experience with oolong tea. I’ve now had two, count ’em two, different oolongs in my tea career. The first was a Maharaja Chai Oolong from Teavana, and the second being this.

Now here’s where my inexperience probably leads me to a bit of a confusion – this looks like a black tea. I would wager, and possibly lose, money at the tea-casino over the family of tea that this belongs to. Intellectually, I understand that green tea is non-oxidized, black tea is 100% oxidized, and you can call anything between oolong. It’s a near black. Like… I’d say it was an oolong that was 99.2% oxidized. Like there was a little factory of workers on starting boards waiting for the pistol to go off, so some large man with a megaphone could yell “Go! Go before the oxidation finishes! We’re losing money by the second!” Preferably with a pirate accent, so he could toss in pirate insults. Insults are always better in pirate.

Opening up the bag, there’s an unnaturally powerful zingy lemon scent. I made the mental association of Thera-Flu, and can’t get it out of my head now. It completely smells like Thera-Flu. But I’m fond of citrus (actually, I’m fairly fond of Thera-Flu), so it really doesn’t bother me… consider yourself warned.

The brew itself was much less pungent, and the steeped aroma was definitely more in line with orange than Thera-Flu, thankfully the flavor follows the same pattern. The flavor is just gently floral, with a hint of orange, but overall I find my tastebuds tangled with more of that zesty lemon taste. It’s a little bit chemically, and a little bit tart. It did drown out the tea flavor to me, which really hid in the background, and just left me feeling like it was all based on a weak black tea. If there was any subtle distinction between the oxidization level of this tea and your standard black, I’m not confident enough in my sense of taste that I think I’d ever find it.

The other thing kicking around in the back of my mind is that I’m not trying this tea at the right time. I drink it, and its decent tasting, but I really think to myself that I’d enjoy it more with breakfast. I think it would shine a lot more on the other end of the day than the one it’s currently trying to star in (Ha! Not intentionally a nighttime joke, but I’ll take it).

Or maybe keep it around for when I’m sick. I really cannot shake the Thera-Flu association!

LOL I hope it helps when your sick – not wishing you to be sick though. You crack me up! Great review(ish) … hummm I sent it your way due to being worried it would taste of lemongrass … I sure didn’t know it would be medicinal but hey you like theraflu so its all good :-)