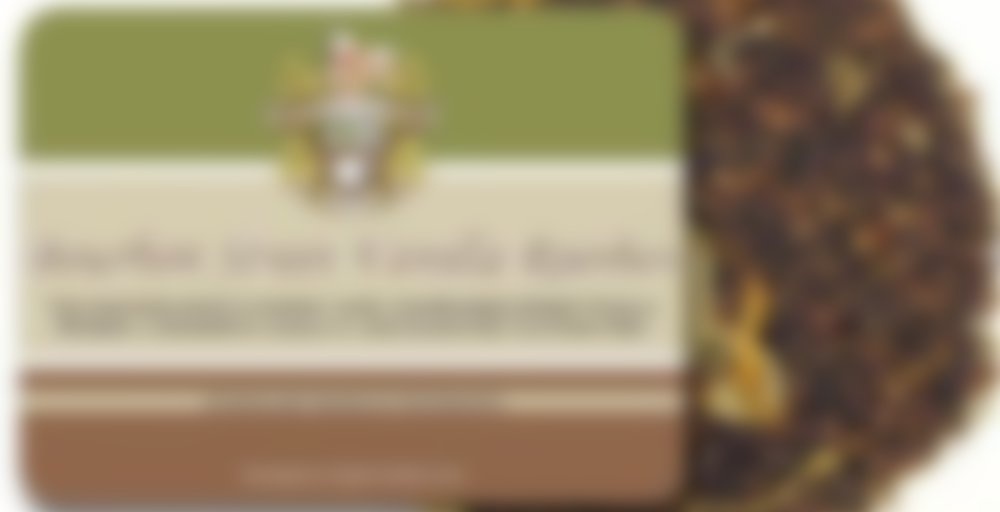 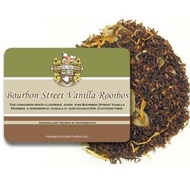 by English Tea Store
74
You

The cinnamon spice flavoring gives this Bourbon Street Vanilla Rooibos a wonderful vanilla n? jazz character – terrific served hot and sensational served iced – try it as a rooibos latte for super taste, (and if you listen carefully you will hear the riverboat steam whistles and wailing of a saxophone along the Mississippi).

Tea for All Reasons 75

Cuppa Tea With Me 82

I think my wrist may never heal because I refuse to allow my injury to restrict my activities. Just today I had to heave one of those 5 gallon jugs of water into the water cooler so that I could get hot water for my tea. I guess I could have asked someone to help but I have this weird thing about being independent. Anyway, it was a bit painful. Not smart. But tea!

There are tons of teas with this name and they seem to look the same too. I’d wager it’s all from the same source. That’s good in a way since widely available teas would need to be competitively priced. I’m all for not spending all my monies. It’s not a bad tea, but I find the rooibos taste to be prominent and it’s not as smooth as it could be. Vanilla is bordering on artificial, but that might be the funky rooibos. I wonder if my non-caffeine only colleague would like this… I have a lot since it was cheap and came at a minimum of 4 ounces.

Edit: I just noticed that there is supposed to be cinnamon in this…. What? I don’t taste it at all! And what’s with the random almond flakes? Can’t taste almond either. This just excludes people with allergies for no good reason. Blah

Traveling Tea Box C #6
Mmmmmmmm! Perfect cup to put me to sleep. I was nervous that this was another rooibos. And I’m very peculiar when it comes to rooibos. BUT the bourbon pairs perfect with this Rooibos and the vanilla is the perfect after taste. The dry leaf smells so creamy with the vanilla and the bourbon is obviously present as well the rooibos smell does over power a little bit but I enjoyed this one a lot. I may have to purchase some of this!

There’s definitely more going on here than a typical vanilla rooibos. I think the almond adds a kind of depth and richness. I don’t know that it really strongly comes across as almond, but it’s there. It’s also nice and naturally sweet, and would probably make a good latte.

The cinnamon adds a spiced note at the tail of sip, but other than that isn’t really present in the cup.

Neither flavor overcomes the rooibos, but it’s a smooth rooibos that doesn’t really have any landscaping chip notes to it.

Tea #19 from the traveling tea box.

First a bit of a complaint about improper ingredient listing, then I’ll move on to the tea. I have food allergies, some more severe than others, so it really bugs me when a company isn’t clear on what ingredients are in a tea. Nowhere in the ingredient listing for this tea did it state there was cinnamon in it. I’m highly allergic to cinnamon it gives me hives and in some cases causes difficulty breathing, so I go out of my way to avoid it. In fact, when the tea box first came in I had my husband go through and set aside anything that clearly stated it had cinnamon in it so I could take some allergy meds ahead of time in case I needed to touch the package or got a wild hair to try one.

Natural flavors does not mean cinnamon. I’m just glad that the baby didn’t get ahold of my cup of tea today because he is even more allergic to it than I am.

Now on to the tea. I had to dump this out for obvious reasons, but I did drink a fair amount before that. I think that this vanilla rooibos blend has a lot more depth than most that I’ve tried. It is slightly sweet, but you can still taste the rooibos and the cinnamon adds a spicy kick at the end of each sip.

Boiling 5 min, 0 sec
Yours I Like This
7 likes
2 comments
Edit

Food allergies suck! I have some as well, & luckily most of the things I’m allergic to don’t end up in teas.

I’m allergic to things that seem to pop up in a lot of teas and desserts. If the ingredient list is accurate I can take allergy meds and go on and enjoy it in moderation, this one just hit me out of the blue since it wasn’t on the ingredient list.

I didn’t expect to get another tea in last night, as I work until midnight, but the entire campus locked down due to a nearby crime scene and my boss drove me home from work.It was waaaay too late for caffeine, so I decided to go for one of the caffeine free options. This one had a really intriguing name and a tasty sounding list of ingredients.

It smells strongly like rooibos, both dry and steeping. If you’re put off by that smell, avoid this one. It definitely tastes like rooibos as well. It’s the predominant flavor. I didn’t get a lot of vanilla. It seemed to more so smooth out the tea overall. I got the cinnamon as a slight tingle in the back of my throat. This is one that I would like to try different times and temperatures on to see what I get. I may keep this one.

I think I like this tea more the more I drink it. The vanilla balances the rooibos perfectly. Despite the cinnamon being tame, I feel it’s a good addition to the vanilla and rooibos.

Very comfortable to curl up with late at night.

This is definitely unpleasantly chemically when warm, but when it cools, it’s decent. Desserty rooibos flavor with a really nice vanilla. Quite sweet and light, but with some depth to the flavor.