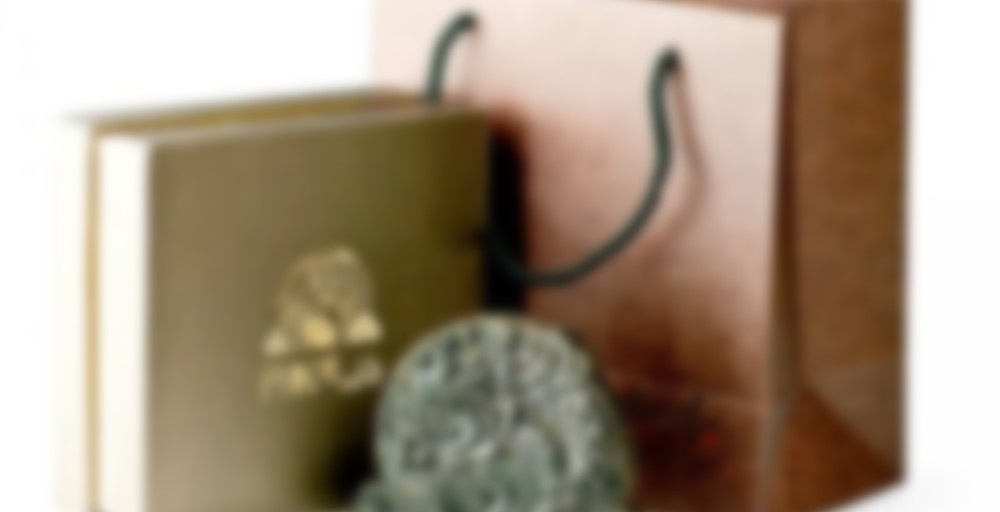 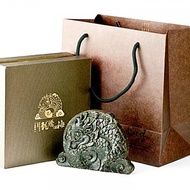 It comes with an exquisite packaging and a Kraft handbag, excellent quality.

The tea cake has been carved into a dragon, which is a customized version for celebrating 2012-the Dragon year.

According to the Chinese Zodiac, the Year of 2012 is the Year of the Dragon, which begins on January 23, 2012 and ends on February 9, 2013. The Dragon is the fifth sign of the Chinese Zodiac, which consists of 12 Animal signs. The Dragon is a creature of myth and legend that has always been considered a symbol of the Emperor of China.
In ancient China, the celestial Dragon represents an emperor and power. Today, it is the ultimate auspicious symbol signifying success and happiness.

In Sung Dynasty (a Chinese imperial dynasty lasting from AD 960 – 1279) texts, the dragon is described as having the head of an ox, muzzle of a donkey, eyes of a shrimp, horns of a deer, body of a serpent covered with fish scales, and feet of a phoenix. The dragon usually clutches a pearl symbolic of its super-natural powers. Invariably accompanied by thunder and rain, dragons move like lightning and whirlwinds – - all powerful yet totally unpredictable.

May this celestial Dragon bring great good luck to everyone.