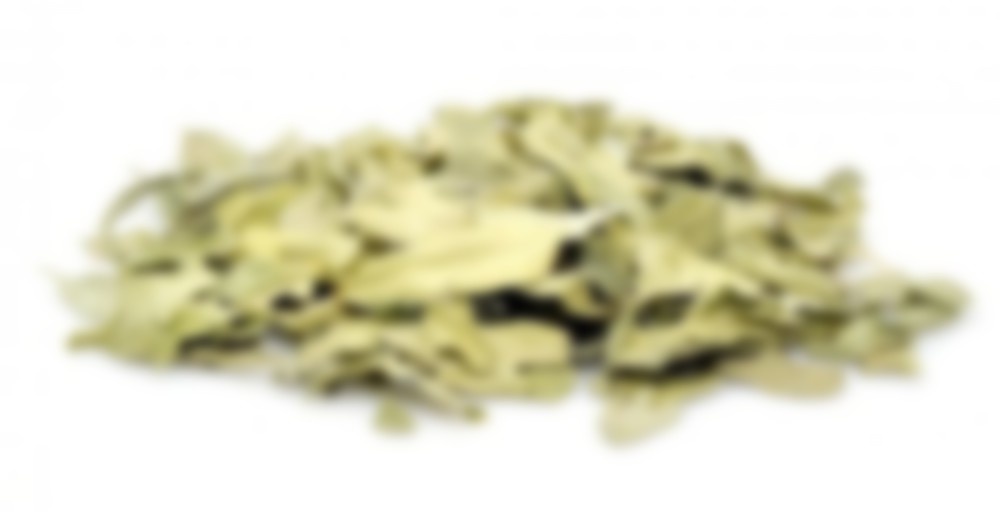 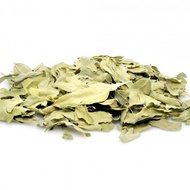 Luo Bu Ma (Herba Apocyni Veneti) may be unknown to many students and younger practitioners of Chinese medicine. In part, this is because it is not found in most entry-level Chinese materia medica, nor is it found any major traditional Chinese formulas. However, I think it is a good medicinal to know about. It is included in Bensky et al.‘s Chinese Herbal Medicine: Materia Medica, 3rd edition (pages 976-977). In that book, Luo Bu Ma is categorized as a wind-extinguishing medicinal (xi feng yao). According to Bensky et al., it is sweet, bitter, and cool and enters the liver. (Other Chinese sources say this medicinal is bland and astringent. Such differences of opinion are common for relatively “new” Chinese medicinals). Luo Bu Ma levels or calms the liver and subdues yang, clears heat and promotes urination, and nourishes the heart and quiets the spirit (although I’m not convinced about these last functions; more to say about that below).

Luo Bu Ma was, up until recently, a folk medicinal mostly found and drunk as a healthy beverage tea in Inner Mongolia. However, recently, this medicinal has been found to lower blood pressure, lower bad cholesterol at the same time as raising high density (good) cholesterol, reduce edema due either to kidney or heart dysfunction, enhance immunity, and promote longevity. Therefore, this herb is now often drunk both preventively and remedially by the middle-aged and elderly in China and Japan. (The first anti-aging research I can find on this medicinal published in China dates from 1990.)

Research on Luo Bu Ma has been conducted in China, Korea, Japan, and several Western countries. This research shows that this medicinal definitely lowers blood pressure (by increasing nitric oxide and thus vasodilation) and has diuretic, cardiotonic, and antioxidant activity. Other research indicates that Luo Bu Ma has antidepressant potential and can reduce anxiety (in mice, equal to benzodiazapines). Yet other research shows that this medicinal is effective for hypercholesteremia and the prevention of atherosclerosis. A water infusion of this herb has been shown to be hepatoproctective in mice. As if that weren’t enough, Luo Bu Ma can reduce the formation of advanced glycation endproducts which are largely involved in the pathogenesis of diabetic vascular complications. Chinese research suggests that the active ingredients in Luo Bu Ma mainly consist of rutin, d-catechin, and quercetin. However, Japanese research shows that Luo Bu Ma contains more than 15 kinds of phenolic constituents.

The root of this plant contains cardioglycosides and is, therefore, potentially toxic. The leaves, however, do not contain the same cardioglycosides or at least contain much fewer of them. Thus the leaves are considered safe to use even long-term. In fact, Zhang Yun-ru says that its leaves are non-toxic (Bensky, p. 977).

As for Luo Bu Ma nourishing the heart and quieting the spirit, because this medicinal is antidepressant and anxiolytic, it is tempting to make that assumption. However, not all Chinese sources on this medicinal include this function, and I believe it is a species of “over-diagnosis.” The fact that Luo Bu Ma clears heat from the liver appears to be unanimous in the Chinese language Chinese medical literature, and heat ascending (mainly from the liver) to harass the heart is one of the three main proximate causes of the heart spirit stirring frenetically. By clearing this heat, the heart spirit is automatically quieted. However, this does not mean that the medicinal should be thought of a heart-nourishing, spirit-quieting medicinal. In Chinese medicine, there are two kinds of spirit-quieting medicinals: 1) those that nourish the heart and quiet the spirit and 2) those that heavily settle and quiet the heart. Heart-nourishing spirit-quieters tend to nourish and enrich heart blood and yin, and I see nothing in any descriptions of this medicinal that suggest it nourishes yin-blood. I think all this medicinal’s empirical effects can be encompassed by the functions of clearing heat, extinguishing wind, and promoting urination.

This medicinal is included in several Chinese ready-made or so-called patent medicines for hypertension. However, you might consider adding it to other standard formulas based on pattern discrimination when the major complaint is high blood pressure and liver heat, liver yang, or liver wind are playing a part in the overall disease mechanisms. It may also be drunk as a tea (infusion) as a daily beverage in the middle-aged and elderly who, by nature, tend to suffer from a surplus in the liver.