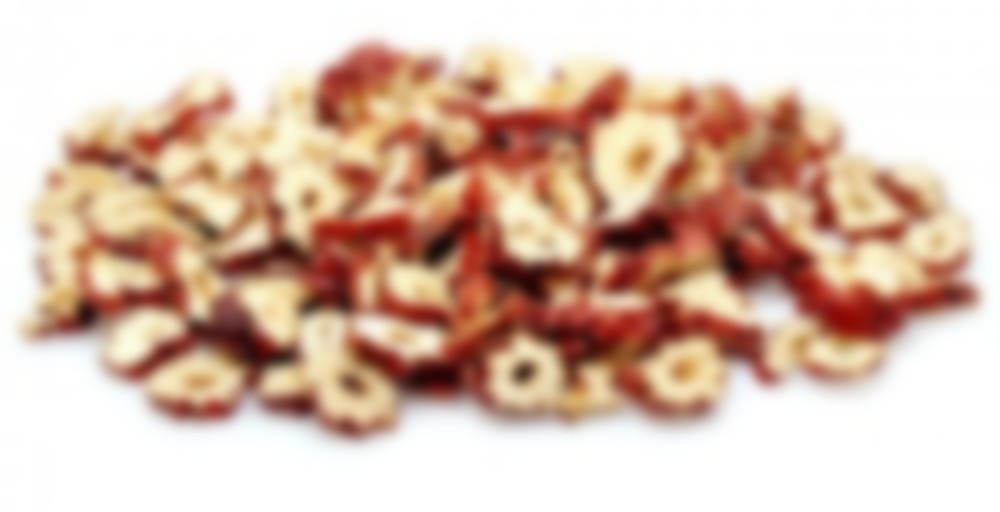 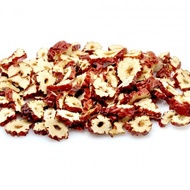 Cultivated for more than 4,000 years, the dried fruit of the jujube tree, known scientifically as Ziziphus jujuba, is a pectoral fruit similar to dates and figs. In China, where jujube originated, practitioners of traditional medicine have long prized the jujube for its medicinal properties. Once confined largely to China, the fruit now grows in many areas of the world, including southern Europe and the southern United States. Consult your doctor before using dried jujube or any herbal remedy.

Zizphus jujube.Amazingly, Jujube is one of the worlds oldest fruits, used in Chinese medicine for 4000 years.Jujube trees are among the rarest of all fruit trees in the U.S., however, in China they are the most commonly known fruit and rate as popular as the apple tree is in this country. In China the fruit is marketed mainly like dried dates and can be found at any food store. The fruit is prized as a health food as well as a tasty treat. Hundreds of grafted Jujube cultivars are available in China, and a large number of these trees were imported by the USDA in 1908 and planted at the experiment station at Tifton, GA for testing Question: Can a market for Jujubes be developed in the U.S. for this easy to grow delicacy? Very few fruit trees can be grown that have many desirable qualities, such as: no pests, good taste, heavy production, unfailing yearly crops, no fertilizer requirements, thrives on poor soil, 4000 years of growing history in China, no climatic limitations.

Jujube is known in China as zao; it has a history of use there that can be traced back continuously to the Han Dynasty, about 2,000 years ago. The usual English term for the fruit is “Chinese date” and that is because it shares a similar size, stone, and sweetness with the date that we know of from the Date Palm, but it is entirely unrelated botanically. The Chinese fruit is commonly called “jujube” and the botanical name reflects this: Zizyphus jujuba. The plant belongs to the Rhamnaceae, the Buckthorn Family, so-named because of the prevalence of thorny species (rhamnos is the Latin for a thorny bush).

There are two types of the fruit commonly found on the Chinese market: red and black. The red one is called hongzao (hong= red); this one is used for food, and it is collected in vast quantities. The dark brown or black one is heizao (hei= black), more often called dazao (da=large), since this one is somewhat larger. These are not different species but different types, just as one can find, for example, a variety of small red apples and another of large green apples. The black date is steamed, dried, and then smoked; the last part of the processing gives it the characteristic smoky fragrance and flavor.

To learn more about the jujube, it is best to go to its home, Asia, where the fruit has been cultivated since ancient days. The Asians use two kinds of jujubes, a wild sort and a domestic type. Although the two are closely related, there are some important differences, the first noteworthy one being that the spines have been bred out of the domestic plant, making picking easier.

The wild plant is called suan-tsao. As you may have noticed earlier, one of the medicinal jujubes I’ve mentioned is called Ziziphus spina-christi, and you guessed it, the name means Christ’s spiny jujube. That plant gets a whopping seven listings in the Bible, including one rather unpleasant quotation from the Book of Judges: “Then I will tear your flesh with the thorns of the wilderness, and with briars.” It’s no exaggeration. Some jujubes, like the wild Asian suan-zao, make a good old southern bramble patch seem like a bed of silk. Suan-zao produces a small, sour fruit that is used mainly for the stomach and as a general tonic.

The Chinese have found that the wild jujube fruit improves the health of the body. In fact, the common belief is that if the fruit is taken on a daily basis, it will improve skin color and tone, both signs of physical well being. The tree, by the way, is said to have been discovered by a fairy or angel-like creature who disclosed it to humanity for our benefit.

Its domestic counterpart, known as pei-tsao in northern China and nan-tsao in the south, is considered to be cooling to the body. Like an Asian version of the aspirin, the fruits somehow reduce pain and distress. They are strongly recommended for cases of sleeplessness caused from mental fatigue, physical weakness, or pain. They reign supreme in the treatment of rheumatic symptoms and are said to rejuvenate the body, whether it is suffering from stress or age. The plant is used to prevent intestinal or respiratory flu and to speed the recovery process along.

In the old days, diseases that caused the body to waste away were called wasting syndromes. The ancients knew which plants would reverse this process and allow the body to build itself back up again, and the jujube was one of these plants. Its fruits are said to increase the flesh and strength of the seriously ill, reversing the process of disease. To my mind, preventative medicine is where it’s at, and if the plant can restore a wasting body, one can only imagine what it could do for a reasonable healthy body under stress. The Chinese do stipulate, however, that the jujube should only be used fresh in wasting conditions, as it can cause fever otherwise.

Thousands of years before the development of Western Medicine, the ancient Chinese herbalist Shennanong recorded the healing properties of the jujube fruit berry.He referred to the jujube as an almost miraculous health tonic and perscribed it to nourish the blood, liver and spleen. He also thought it could calm the mind, cleanse the body through detoxification, treat fatigue and weakness, and even provide relief from the heat.

In modern Chinese medicine, the jujube is used to tone the spleen and stomach, to treat shortness of breath and severe emotional upset and debility due to nerves, and to mask the flavors of unpleasant-tasting herbs. Scientists have found that mice fed jujube gained more weight and did markedly better in endurance tests than those not given the fruit. When rabbits exposed to carbon tetrachloride consumed jujube teas daily for a week, they recovered faster than a control group. Also indicative of jujube’s positive effect on the liver was a test in which rabbits fed a toxic chemical recovered much more rapidly after consuming jujube than those that did not eat the fruit. What’s more, jujube improved the liver function of patients suffering from hepatitis and cirrhosis.

Jujube pits, when aged for three years, are considered excellent for wounds and abdominal pain. The leaves are used to treat children suffering from typhoid fever,they induce the sweating thought to break the fever. They are also used for a number of infectious diseases. The heartwood is considered a powerful blood tonic. The root is used to promote hair growth and in treating such eruptive fevers of children as smallpox, measles, and chicken pox. Last but not least, the bark is used to make an eye wash for inflamed eyes. We might as well call this one the medicine tree.