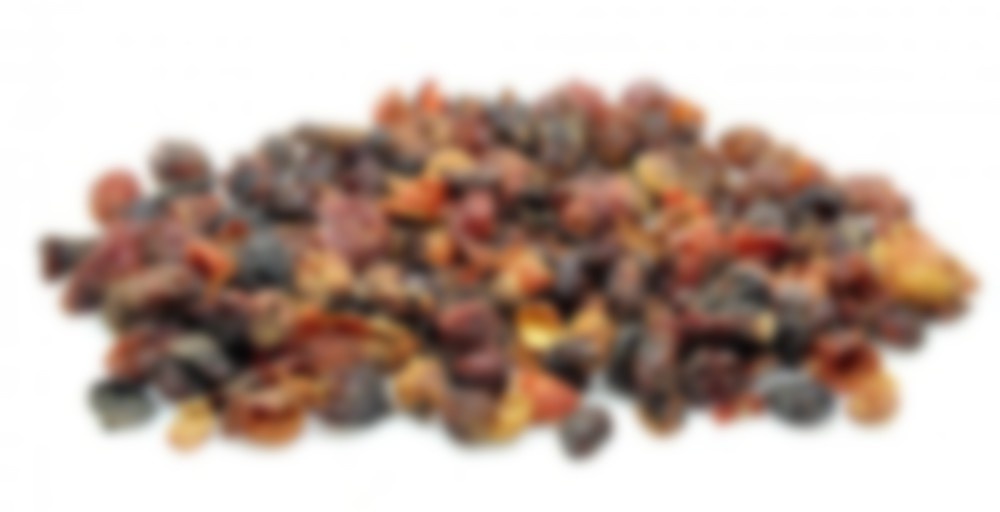 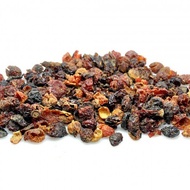 The rose hip, or rose haw, is the berry-like fruits of the rose plant left behind after the bloom has died, that typically is red-to-orange, but ranges from dark purple to black in some species. Rose hips begin to form in spring, and ripen in late summer through autumn.

Rose hips are particularly high in vitamin C content, one of the richest plant sources available. There is approximately 1,700 mg of C in 100 gm of dried rosehip. That’s a heck of a lot more than what’s in an orange.

During World War II when imports of citrus products to Great Britain were limited, tons of rose hips were harvested there from the wild to make rose hip syrup as a vitamin C supplement for children.

Rosehips are commonly used to make herbal teas, by boiling the dried or crushed rose hips for 10 minutes. About 2 tablespoons of berries are used per pint of water.
A half-teaspoon of dried mint may be added to give a different flavor.
Rose hip tea may also be improved by blending with hibiscus flowers.

Rosehip tea has a tangy, tart flavour and a pinkish colour.