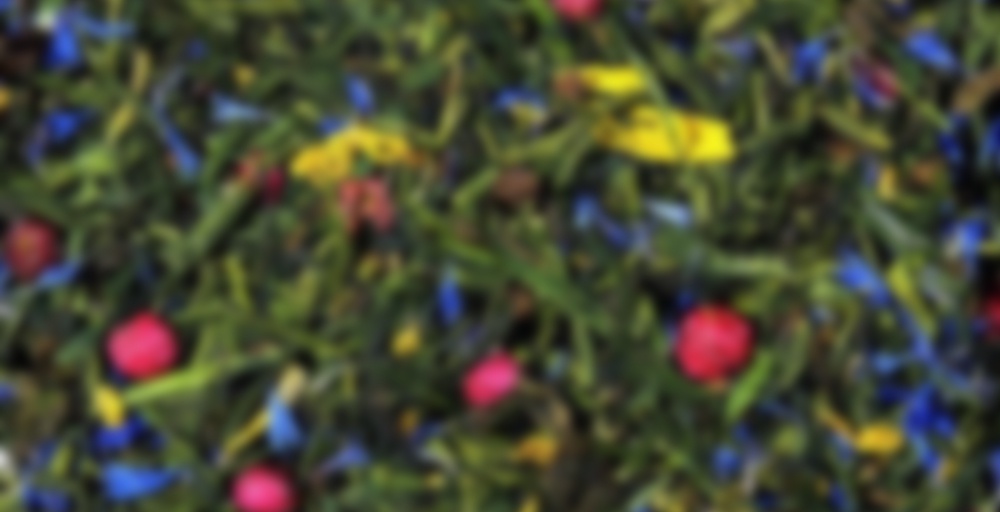 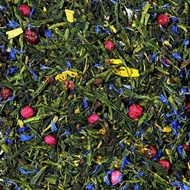 by ESP Emporium
70
You

The surprising blend of Sencha and Oolong teas excellently supports the tempting taste of this composition. Select, exotic fruit essences together with a creamy vanilla flavor unfold an extraordinarily intense taste and scent. The colorful currants, cornflower and sunflower blossoms in the decoration underline the beauty of this truly royal blend.

Tea #42 from Another Traveling Tea Box

A pretty standard Green Currant tea. I don’t get any of the vanilla flavor that is described, but the currant has a nice sweet-tart flavor. Good, but nothing special.

Tea #10 from Another Traveling Tea Box
Yes, I’m missing a few numbers because I’ve tried some other teas from the box before this one, but I haven’t gotten around to putting reviews up here. I have them all written down in my notebook, so I’ll be putting them in after this one. I just wanted to write this review while I’m drinking it.

So this one smelled nice in the bag, and while I have my reservations about anything with green tea in it, I figured what the heck.
The ratios were a bit loose so I tried 1 1/2 tsp @185* for 2 min. I think I should’ve tried 2 tsp because this came out a bit watery tasting for me. But it was still a nice cup. I didn’t get an overpowering green ‘veggie’ type taste from the green tea, though I’m not sure if that’s the oolong tempering it or I’m just starting to get more used to the overall taste. I get a vague fruity tartness that, after I added a bit of truvia, pretty much went away and left just a fruityness behind. I didn’t get any sort of vanilla that apparently should be here after reading the description that’s up for this tea.
It was still nice, just probly not something I’d order myself because currant just isn’t really something I care for taste wise. But this was definitely not one of the ‘pour it out after one sip’ sort of green teas that I’ve had in the past.

Tea #34 from Another Traveling Tea Box

This was an interesting tea and while I generally like currant teas, I didn’t care for this one. The flavor of this is both sweet and tart, but it was a bit more tart than I care for.

Green oolong and green tea mix with exotic fruits? Count me in!
While it doesn’t brew nicely hot, it does provide a nice cold beverage with a taste that very people would be able to identify. That taste is quite unique because to me it’s a fruit that Big Bird from Sesame Street would eat… whatever that taste like.
In regards to rating, I’ve just had too many teas like this that are a bit better.

There is something sort of powder tasting and flat about this tea. :/ Other than that it is pretty smooth, a little fruity and mild. Nothing I’m writing home about.