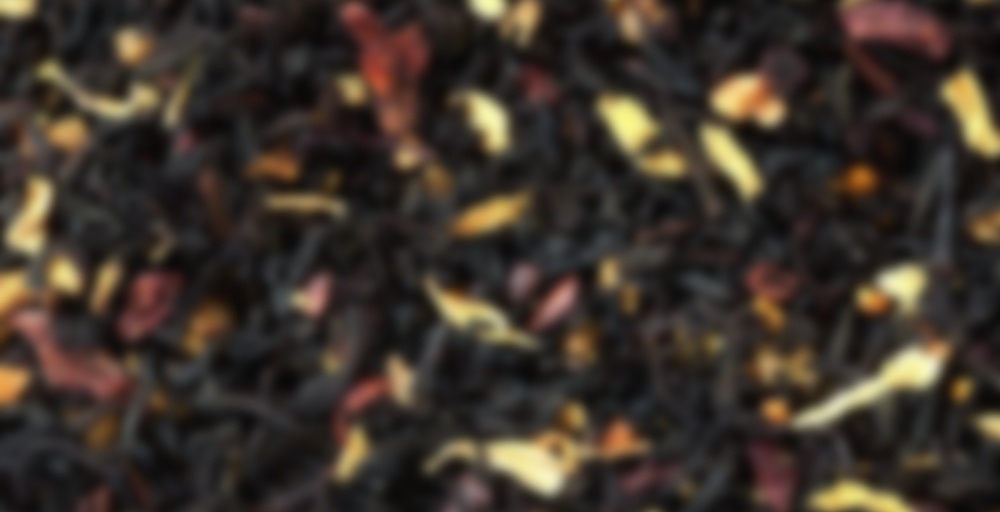 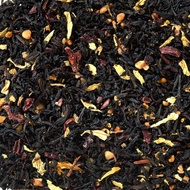 by ESP Emporium
59
You

The harmonic, slightly spicy taste of the black tea was delicately refined by this flavor composition. The sweet chocolate note, which is always wonderful on a Ceylon tea, forms the foundation for a fruity-spicy taste experience. Flavors of a softly spicy and slightly herb chestnut and a sweet, fruity, slightly flowery peach find their perfect harmony in this blend.

This was certainly a treat. The warmness lingers long after the sip goes down. A creative blend that does work well!

I second the yum! That sounds really, really good.

The scent is out of this world, it really is!

I should be sick of peach by now. I mean I even ate one while waiting for this to cool.

Good thing this really lacked on the peach at least for me. It’s just chocolate. But artificial chocolate.

I can’t even take another sip.

The rest of this is definitely all yours, Kittenna. It seems you love it or you hate it but there’s only 3 other reviews. Mine makes it split.

Bleh. It might be the spices or something but this just is not for me.

Thanks brandy3392 for this nonetheless!

Hahahaha, thanks?! :P Always up for trying!

Got this in a trade from Novi although she sent this to me almost a month ago and I just got around to opening it, oops.

I have to say, this smells pretty terrible. Almost like an alcohol type scent to it, that type of oily smell. I’m kind of afraid to try drinking it. I’m almost certain I don’t want to drink this whole pot.

Well the taste isn’t as terrible as I expected, but it’s extremely artificial tasting. And the oily/alcoholy feeling is back in the back of my throat and I don’t like that at all. I’m sure it’s from the ‘flavouring’ that they added. This is pretty gross and I’m not going to finish it. Thanks for the swap and I’m glad I got to try it, but blech.

This is my first (and last, most likely) chocolaty tea, so bear that in mind.

The smell of the unbrewed tea is of bitter chocolate and something artificial-scenty. It’s strong and, IMO, nasty.

The brewing scent is the same, I had to stand several feet from it while it steeped. I couldn’t stand to be close to it.

I’d read the ingredients and noted the chocolate contents before buying it, but since it was named Peach Truffle I thought, well, maybe all the ingredients together made that flavor somehow -because sometimes teas DO surprise you.

Once it cooled enough I sipped it. The flavor itself isn’t bad at all, but I can’t report on what it tastes like because I had to sip it while trying not to breathe so that I wouldn’t smell the horrid scent of it. I truly couldn’t stand to be near it and breathe in. I’ve struggled to take 3 sips and have now just wrote it off as “I don’t like it”, officially.

This would likely be a great tea for those who do like chocolaty scents and teas, so I’ll use it for tea swaps. But I won’t be tasting anymore myself.

This tea just wasn’t very good… From the bag, it smelled amazing… like a peaches and cream, almost. The smell made me very excited to taste this tea! It smelled just as good brewed, and I could definitely enjoy a candle that smelled like this tea. Sadly, the tea tasted almost like a candle! The peach flavor was nice, like a light cling peach. But there was a terrible, waxy aftertaste that made it difficult to even finish the cup – I think I’ll be passing this tea onto a friend (or enemy) because I can’t ever see myself drinking this again on purpose.

This is absolutely perfect Holiday blend! Spicy, malty taste of black tea very well combines with nutty, fruity flavors of this composition. Chocolate note gives this blend natural sweetness, so I had my first cup without adding any sugar. Nice treat.