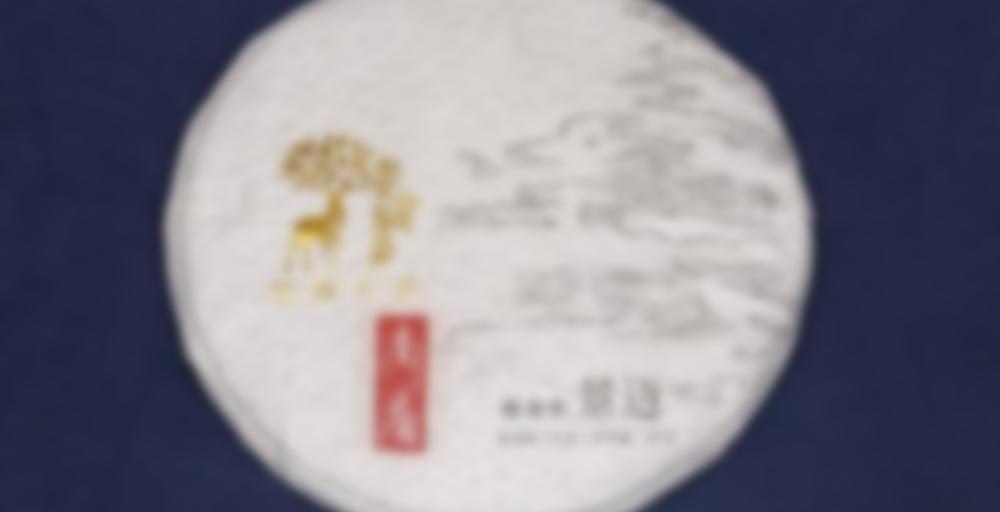 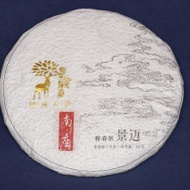 Hundred-years-old tea tree one bud/three leaves from Nanzuo village
Picked from late March to mid-April 2016
Processed by hand in Mr. and Mrs. Zhang’s tea factory
Pressed into 357g pu-erh tea cakes
In 2016, we decided to give more punch to our homemade Jingmai teas. But by doing this, we would left aside some traits of Jingmai tea, and this is a pity considering what this mountain can offer to the tea enthusiast. This is why we sought help, and we found it in Nanzuo, a hamlet bordering Jingmai Mountain. Mr. and Mrs. Zhang helped us craft teas with a different personality from ours; their tea factory is full of charm.

Nanzuo feels like a western movie town; it’s windy, dry and suspiciously quiet. But unlike the far west, they have no guns but a bunch of tea trees instead. Their tea gardens are not as extensive as in Jingmai village, but they do have a couple of ancient tea trees scattered around the sloppy hills. Mrs. Zhang owns about thirty of these hundred-year-old tea trees; own we got the chance to collaborate with her this year and release these pu-erh tea cakes.
Our Nanzuo single trees pu-erh tea is made in a traditional way: withered on bamboo mattresses and processed in a wok with a lower temperature than we used for our jingmai-produced cakes. The brew renders a yellow soup that marks the prelude of a symphony well-known to the tea aficionado. This tea guarantees you a smooth and energizing session that will last as long as you wish. Plenty of sweetness builds up on the back of your mouth, and the fine fragrance of this tea is noticeably different from our Jingmai tea.

I got three really enjoyable sessions out of this sample – another hit from Farmerleaf for me. The dry leaf has a very sweet aroma – reminiscent almost of icing or marshmallow. After a rinse, it remains sweet, but more like dry pipe tobacco.

The tea starts off pretty crisp, with rather bright and grassy notes, accompanied by some sweet straw undertones and a quickly thick texture. The taste is quite clean and the tea feels good in my mouth and down my throat. Easy drinking from the beginning.

The grassy flavor doesn’t last beyond steep number four, though it is replaced by just a whisper of a fruity flavor. It’s hardly there, more as another dimension of the tea’s sweetness. Around the fourth steep, I started to feel a bit of qi from this one. Within the next couple of steeps after that, a bit of drying astringency started to creep into the tea – still quite a small amount for a young tea though. This astringency was completely muted when I brewed it in my Jianshui pot for the third session.

Steeps 7-10 were very enjoyable, with a slightly fruity/floral sweetness – it was hard to distinguish precisely. Here the tea’s long-lasting and powerful huigan shone the brightest. I also found myself feeling steadily energized by the tea.

Steeps 11-15 were a little bit different as well. Some of the sweetness dropped off to a degree, allowing the tea to take on a bit more of a savory character. It was nutty, with a bit of vanilla in the finish. The tea was certainly still sweet, most notably in the lingering aftertaste. The tea lasted through another couple steeps, which came out lighter, but still pleasantly sweet. In my Jianshui pot, it only went around 13 steeps, likely because that thing has such a slow pour that just using the pot ends up pushing the tea a good deal harder.

This is definitely the highest quality tea I’ve tasted yet from Farmerleaf. I don’t know if it technically counts as Jingmai tea, as it says Nanzuo is a hamlet “bordering Mt. Jingmai” on their site. This has a decently different character than their Jingmai teas I’ve tried so far, but I’ll be interested to compare it with their other higher-end offerings. Very easy to drink, clean, almost zero astringency, pretty solid texture and energy. There’s a lot to like about this tea.

Hi Matu, how did you prepare the tea and time your steeps with what temperature ? i get slightly bitter notes, not fruity or sweet at all. i get a strong huigan in the third brew but fourth got slightly bitter, not much else aroma besides a slightly sheng typical flavor.

I used boiled water. Steep times of around 7-8 seconds for the first 6-8 steeps probably. I generally do those quick flash steeps until the flavor starts to weaken a bit, then I’ll ramp it up. Sometimes I get impatient and start increasing steep time earlier though – sometimes it works, sometimes it makes the tea more bitter/astringent.

I did get some astringency from this one for sure, but not a ton.

I’ve been drinking some of the samples that I bought through the group purchase arranged by Liquid Proust. I got greedy and ordered samples of all of their teas, so it will take a while to review them all.

This one pushed all of my buttons. From the first steep, the tea had a powerful nose, strong taste and long finish. Best of all, each was different, making for a really interesting, complex tea.

The first few steeps had a nose of spicy straw, and a deep rich, fruity finish that went on forever. Oh yes, and a really strong cha qi. The taste was a mix of the two, that I swear reminds me of raisin oatmeal cookies, probably because of the cinnamon and molasses flavors. The finish was so long that it resonates with the taste, each sip adding a layer of richness.

The rea isn’t at all bitter, although there is an astringency that showed up in the end and 3rd steeps. I"m currently on the 5th steep and the deep richness is fading, leaving the straw and spice to dominate the flavor, which is still very strong. The nose, taste, and finish are all still very strong.

I have the feeling I may have to buy more of this.