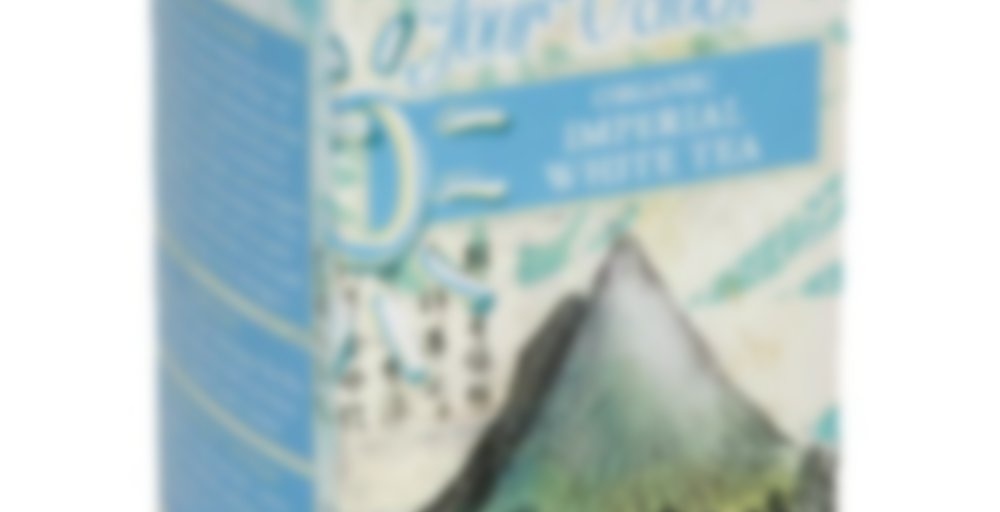 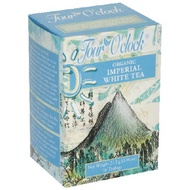 by Four O'Clock Organic
65
You

Once reserved for the emperors and the nobles, the prized white tea is only harvested during a short period in the springtime. The young and tender leaves are free from any process. White tea brews to a pale yellow colour, and has a unique bamboo fragrance with a slightly nutty taste.

So, I was at a PhD defense earlier this week, and picking up a titbit to munch on when the teas caught my eye. There were the usual Higgins & Burke teabags, and mixed in amongst them were some “Four O’Clock” teas! Not a company I was familiar with at all. And to top it off, they had a bagged straight white tea! So of course, I nabbed a bag and took it home with me (I of course had three partial thermoses of tea on the go then, so wasn’t planning to brew anything else up to watch the seminar).

Decided tonight/this morning was the time to brew this up before I forgot about it, so I did. Went with usual-ish white tea parameters as I really had no idea…. of course, it only just occurred to me to look on the packet for instructions, and there we go, I was good on time but a little high on temp (they recommend 85C). Ah well.

Now, I haven’t had many straight white teas, so that will make this a bit difficult (i.e. I won’t be able to tell what’s different between this bagged tea and a loose version of the same). Except… I just realized that bai mu dan is actually one white I have had straight! Hmm.

Anyhow, the flavour of this tea is rather familiar. I don’t know if it’s the same as the BMD I had previously, but that’s certainly a possibility. It’s vegetal, but not in that juicy/beany/chewy sort of way. More… grassy, almost, except that’s not accurate either. It’s a bit astringent, but I must say… it’s actually not bad at all! It certainly doesn’t taste “high quality”, but to me, it doesn’t taste bagged either – I’m getting a nice lingering “tea flavour” at the end of the sip which is not something that I’d expect with a bagged tea, though that said, I think I’ve really only drank bagged blacks before, and I don’t get “tea flavour” from blacks whether loose or bagged.

Anyhow, I’d probably pick this out again if that basket of teas reappears at the next thesis defence (which sadly, won’t be mine, although… sooooonnnnnn…….)

Apologies for this rather confusing log – my sleep schedule is impossibly out of whack, and I’m a little crazy right now…

You get to watch other people’s defense’s?? neat

Yep! There’s always a seminar that’s open to everyone, and we can stay for the questioning if we want. I just went for the seminar this time.

Haha. That’s pretty much exactly why I don’t want to do a Master’s. Sad that defending in front of random people might be my deciding factor, but I absolutely lose my brain to panic when people I don’t know are there when I’m presenting!

Ha! Way to be. I need to start eyeing up the teas at the colloquia. Shifty eyes will ensue.

Actually OMGsrsly, I’m quite terrified of public speaking myself. It’s the major reason I opted not to transfer from a Masters to s PhD. When I’m speaking, I sometimes completely and utterly lose track of what I’m saying, and it’s really awful/embarrassing. It happens sometimes in conversations with people, but it easy to brush off/laugh about, but when speaking to your advisor/a room full of people, it’s really… not good. I’ve certainly improved, but I’m still pretty worried about four months from now! (My anticipated defense date.)

Incendiare – Hehe, doooooo it! I grabbed a couple Higgins & Burke samples one day, and feel like I should “collect” the rest they have. Just for curiousity/research purposes. I usually bring my own tea, so really, it’s not like I’m taking more than my fair share or anything!

Fingers crossed for you! I have a while to decide, and have 2 potential supervisors lined up already, although they’re not in the field I really really want. :)

Haha, thanks! Yeah, make sure you REALLY like your project…. :D I could have stayed with my supervisor for a PhD, but have opted not to do one for the time being… I’ve had enough…

It’s a bit different than hot tap water, I guess. Not buying again.