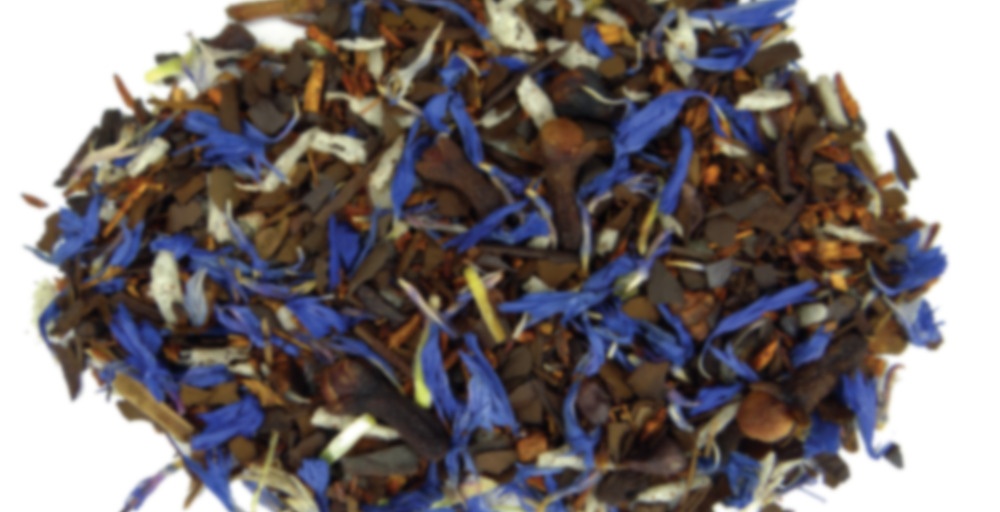 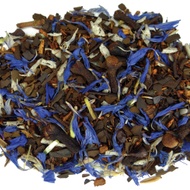 by Fusion Teas
81
You

Good Morning Mate’s name was given to reflect its potential in replacing the morning coffee ritual so many Americans have. By roasting the yerba mate it has similar taste characteristics that coffee gives you. Roasted Mate has a pleasingly astringent, smooth, roasty character that comes from the roasting process the leaves undergo after plucking. Many life long coffee drinkers are discovering roasted mate and love the sustaining energy effects it has. No crash and no jitters. Mate is even gentle on the stomach. This invigorating brew is complimented with cocoa bits, cinnamon and cloves that give it an even deeper richer taste without masking the natural roasted smoothness. No other tea on the market is like it. That is one of the many reasons Yerba Mate is gaining more and more popularity. An every morning ritual that everyone should try.

It has been suggested that maybe I need some booze. This is fabulous with Hazelnut Kahlua!!!

I had no idea hazelnut Kahlua even exists!

I bought it in the US, but yes it does – the Mocha is really good too :))
Love Frangelico – but don’t have any in the house – WAY too cold to go out and get some.

aren’t there places that deliver? ;0)

Yet another backlog! It’s the last one, I promise!

I got this one again from LiberTEAS and I’ve logged it once before. I’ve had it quite a few times since and I still have enough to make one more cup that I will be saving! I really like this one! It’s nice and bold, and for those looking for a coffee substitute, I would go for this! It doesn’t really taste like coffee, but it has a nice and robust, nutty-esque (it doesn’t taste like almond or anything that extreme!) flavor! This one reminds me of traveling. I think that’s purely coincidental because I brewed this one up after a long time of it sitting when I went on a long car ride and I fell into re-love with it.

I’m bumping the rating up (did I already say that? Seriously, though, I don’t remember but I’m too lazy to scroll up and check…. I’m tired, what can I say? :P) because I love it so much. All of the teas I’ve tried from Fusion have been pretty tasty and I definitely think that my next order will be from them!

Your review is too short!

Since I knew Awkward Soul had sent me some mates from Fusion, I took a look through my as-yet-uncatalogued envelope, and yay, found one!

The aroma I’m getting from this definitely reminds me of various roasted mates I’ve had in the past, plus… cinnamon? Is it supposed to have cinnamon? Again, can’t read the tea description, so I’m not sure…

The flavour tastes to me like a non-banana-flavoured, somewhat chocolatey roasted mate, with a definite floral note. Floral??? Interesting… I’m not sure I taste cinnamon at all though. However, this is quite pleasant! I could see myself drinking this one again as a morning pick-me-up, although I have an awful lot of Malted ChocoMate to get through before I think about buying any more roasted mates!

Thanks so much for the sample, Awkward Soul!

ETA: Wow, a second infusion really brought out the cloves and cinnamon! Although it was a flavourful second infusion, I’m not sure it was quite what I wanted.

this sounds delish! complicated to

Sorry to have been gone so long, but I spent the past week drinking Bagged Orange Pekoe (PC brand) at my father’s after the death of my paternal grandfather. At a time when I could have used my favourite teas, I had time and energy only for whatever my family had thrown together. On the plus side, I learned that I come by my tea drinking honestly (even if I am the most discerning in the family). On the minus side, I ‘lost’ both my grandfathers in two months. My remaining grandmother has been informed that she has to live forever.

On to the tea! On my fiorst try, I didn’t appreciate Good Morning Mate. I took out all the coconut pieces to remove that issue, but I found the cinnamon over-powering and the chocolate lacking. Today, I added 1/2 teaspoon of Fusion Tea Room’s Chocolate Mint to 1 teaspoon of their Good Morning Mate and like the result a lot more. The cinnamon is still kicking it up a bit more than I would prefer, but the extra chocolate and hint of mint tone it down a bit.

Increased rating because it worked well when blended – Though it seems a waste of the Chocolate Mint I so enjoy. : )

I’m so sorry to hear about your grandfathers. I feel much the same way about my surviving grandmother. Welcome back to good tea!

I am very sorry to hear about the death of your grandfathers.

Sorry bout your grampas.I have yet to try a green, oolong, or any other infusions.

I recently did an order with Fusion Teas and this was the free sample they gave me. BTW, great mate tea selection for fusion teas – I just realized I miss some other mates I should of ordered after looking at the site again. The free sample was awesome and they chose well with a mate (I’m on a mate kick). I decided to try and review this tea first as I figure it was the one I would like the least (ugg rooibos) and would go well with my cinnamon oatmeal breakfast.

DRY: Woodsy, roastedy… coffee? When I scooped it into my steeper, I saw the rooibos and got worried – I’m not a big rooibos fan. But hey, free tea!

STEEPED: Brown. Smells more woodsy, like camping or a lumber yard (lol). Reminds me like coffee again, but not that bitter sludgyness smell from coffee. I did a 5 minute steep and couldn’t go any longer because I don’t have the patience for it.

TASTE: Roasted mate that is very earthy with hints of cinnamon – almost caramelly (from the coconut maybe but no coconut taste). Little bit of cocoa flavour, but fairly subtle. The rooibos hits me at the end adding a coffee-like woodsyness. No bitterness.

WHO WOULD LIKE THIS TEA: Coffee drinkers (switch to tea now). Mate drinkers and black tea drinkers wanting to venture into mate territory (don’t be scared!). Peeps who love a robust cup of tea.

COMMENTS: Robust – thats the best word to describe this tea. With the 5 minute steep I probably didn’t get it as strong as I could to bring out more flavors, but it was still full of flavor and light enough to be enjoyed by a tea drinker.
I’m not a coffee drinker – I drink it rarely and only for a pick me up when I’m out and the tea selection is crappy bagged crap. I gotta say this is the BEST “tea for coffee drinkers” tea I’ve tried. I’ve only sampled these teas in store and never bought them because it would taste too oversteepy bitter and strong elements of tea, with a coffeeness to it making me wish I was dead or could water it down with soymilk and sugar. Good Morning Mate still keeps a good tea flavor but has elements of coffee.

Overall surprised how good this was. Unless this tea grows on me, I don’t think I’d order more – however I would recommend this tea to others and will use it to try and convert my coffee drinking friends and family.

Thanx fusion teas for the sample! I can’t wait to try more.

Oh, was there rooibos in this?? Interesting. I didn’t pick it out (probably a good thing!) Although why would they dilute a caffeinated morning tea with something that’s not caffeinated…. interesting…

I have been very impressed by the blends I’ve tasted from Fusion Tea Room thus far. This one is no exception. It is very rich and robust with lots of different flavors to appeal to the palate. One of those cups that will not only help you gain mental clarity from the caffeine but will get your mind thinking because it has so many delicious flavors… just the right thing for the first cup of the day.

I was hoping this one would be more magical than it was. I LOVE Fusion’s other yerba mate blends. This one sounded awesome. I waited around 40 minutes for this one to cool (even though it was a roasted mate?) and steeped a few minutes. The flavor isn’t very strong. I can definitely taste the rooibos.. over the other ingredients, I have no idea how. Coconut and chocolate should be more noticeable with the subtle BBQ roasty mate flavor. I thought it was because of the steep temp, but right after boiling doesn’t taste must stronger. Maybe I didn’t use enough leaves. Maybe lose the rooibos and go with more of the other ingredients. I’ll try this one again at some point.

The Cocoa, Coconut, and Cinnamon create a flavor of it’s own. It’s very aromatic and pretty tasty. I’m thinking my rating on this one will change but for now I will go with this…

Mmm, this is a good cup. That roasted mate flavor dominates, but it’s about the smoothest preparation I’ve had so far with this particular type of tea – not too sweet, not too woody, just an easy brew that wakes you up without getting in your face about it. The cinnamon and clove in the background lend this a savory dessert feel, like the spices in a spice cake, without really being sweet. A good replacement for coffee if you’re trying to kick the habit, a good yerba mate if you like it straightforward and tasty. I’m glad to have this in my cupboard.