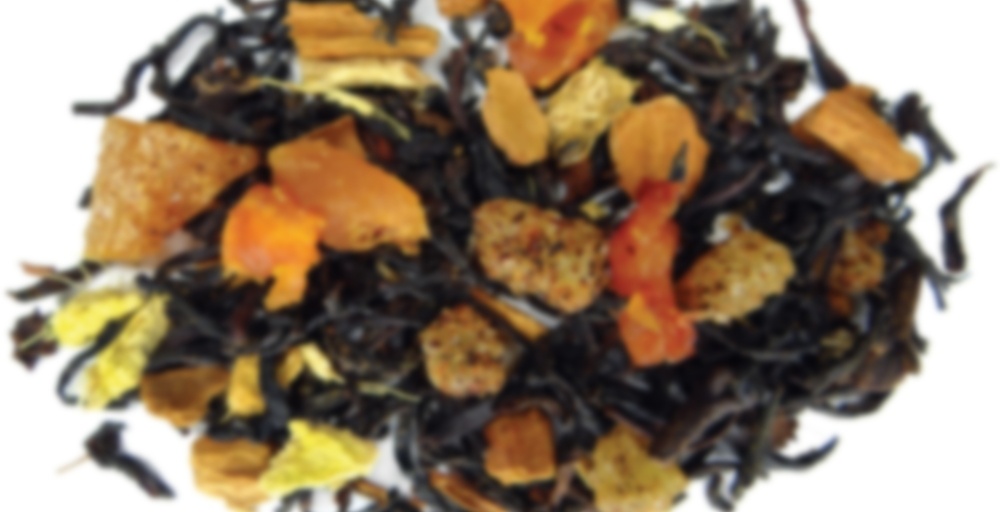 by Fusion Teas
77
You

While I am steeping the first cup, the guy in the office next to mine buzzes on the intercom and asks, “Are you making tea?”
“Yeah, why?”
“I can smell it. It smells peachy”
“Do you like peach?”
“Yes.”
“Would you like me to make you some?”
“Sure!”

Minutes later I carry a cup next door. The power of tea.

My co-worker who had no expectations going in (except peach!) gave it a big thumbs up with a smile. In fact he later asked if I would make him another cup.

An extended review can be found on my blog @ http://theeverdayteablog.blogspot.com/2012/05/fusion-teas-ginger-darjeeling-peach.html

Teavangelism! I am looking forward to the day when I have to tell some of them at work to stay out of my stash.

another backlog and a sipdown from yesterday! thank you again nxtdoor i enjoyed getting the chance to taste these teas from fusion teas. I like how the ginger takes away some of the peachy sweetness in this one :)

I was craving something ginger-y after thinking about Rishi’s Ginger Pu-erh, but I am currently in samples-only mode to try to clear out my ridiculous tea overflow. This is one of my samples from Fusion Teas, but I hadn’t tried it yet because I usually don’t like peach blends. However, I had a relatively pleasant experience with the Peach Fuzz Chai (even though it didn’t pack enough punch for me), so I decided to give this one a try. Plus having them so close together means it’s easier to compare and contrast!

There are big chunks of cinnamon bark and peaches in here, which right off the bat is a good sign. Steeped it smells divine, like fresh from the oven peach cobbler. There’s definitely a lot more going on here than the Peach Fuzz, which is funny because this isn’t even advertized as a chai-like blend. But cinnamon + ginger reads like a chai to me, and this is definitely a warming, comforting tea. The peach is delicious, juicy, and present consistently throughout the sip. Darjeeling was a good choice for the base: it doesn’t overpower the spices and peach but it also has enough oomph to make it taste like tea instead of mulled peach juice. Peach as a tea flavor is definitely growing on me!

Oh man I’m a bit biased with this one because it has a TON of the elements in tea I just happened to be craving this minute. Peach, Darjeeling, and chai! What!?! This one was perfect for this second… the ingredients just LOOK delicious as well. I steeped this cup a few minutes after boiling for three minutes. The flavor is lovely. The black tea base I would say is more Ceylon than Darjeeling (it’s supposed to be both). I was hoping for more Darjeeling notes, since Ceylon isn’t my favorite and I already had one of those today. But the spices are lovely… a bit cinnamon, clove, and ginger. Hints of sweet peach! I think there should have been more cinnamon… it could have tasted like peach cobbler! I just love the idea of a peachy spicy Darjeeling and though this wasn’t exactly as I envisioned, it certainly is delicious anyway. The second cup was nice as well.

I can’t seem to find my tea this morning. I’ve had several unsatisfying attempts, this being one of them. I will try it again changing the steeping parameters. Although I am not sure what to change.

The tea was not too strong but the spices were. I tasted the bitterness of what might have been too much powdered ginger. The rather large pieces of cinnamon bark also worried me but it turned out not to be the most offensive of flavours. So, how do I get rid of the bitterness? It wasn’t tea bitterness, it was spice bitterness. Those who accidentally put too much powdered ginger in their cooking once or twice will know what I mean. I try to only use fresh ginger in cooking but shamefully admit to having had to resort to powder a few times.

1.5 tsp for 8 oz, off boiling for 3 minutes. Beautiful clear orange once steeped. Fragrant, just as it was in dry form. Nicely done, just not what I expected. Although I should have, with the name " ginger Darjeeling Peach"

This is a sample thanks to the gang at Fusion Teas.

For a couple of years I’ve loved Perfect Peach from Bigelow, and ever since I started drinking loose teas…I’ve been looking to replace it. This tea comes very close. I found the temp suggestion to be a bit odd, and alittle frustrating….it suggests 203, well I don’t have that one, but I do have a 200 for French Press, so that is what I used. I am really wishing I had bought online the kind of kettle where you can set whatever temp you desire, instead of set buttons.
1st Smell: The sweet heavy smell of peaches really come thru.
1st taste: Same. I love the smell of peaches, and have yet to meet a peach tea that I don’t like. LOL. So even though it didn’t quite match the taste of Perfect Peach, this tea I definitely want to get again! And who knows, maybe after adjusting temp time/steep time I might find that it does match.