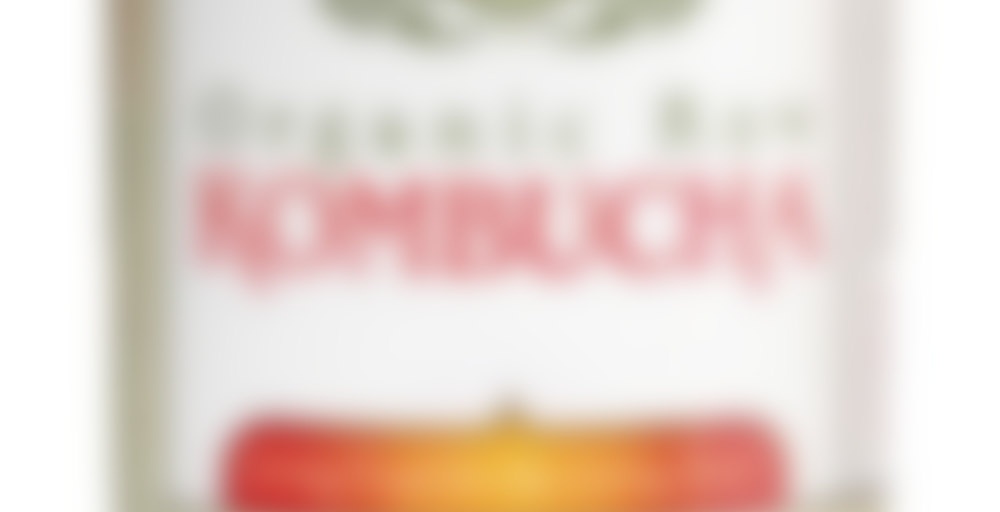 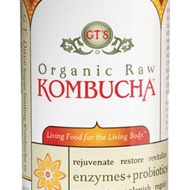 Two of nature’s superheroes join forces: The healing power of GT’s Kombucha and the balancing and cleansing abilities of fresh-pressed ginger juice.

I love this stuff!
I don’t drink it all the time, but I did buy a case a few days ago.
As a person who believes that we are all walking talking SCOBYs (that means Symbiotic Colony of Bacteria & Yeast), I think it’s important to make sure the cultures you’re made of are healthy. I think Kombucha can support that health, but with my own personal history of addiction, I was a little nervous about drinking Kombucha at first. Some brands are pretty ‘hoochie’, if you know what I mean, but GTs Kombuchas have been consistently awesome. This is really the only flavor I like, being a ginger fanatic, but it is VERY good! I drink it occasionally with a meal, especially when I’ve been going out to eat too often, or when I feel that my immune system is fighting something. Both of those apply this morning. I’m also eating a bowl of my homemade Kimchi, for the same reason. It’s loaded with life, very tangy!

I’ve been humming and hawing over trying this for a long time. Then I picked up a case (of 6) at Costco on a whim. That is how I purchase most of the stuff I get at Costco. Go in for a few things and come out with a giant cart full. Sigh.

When looking at the glass bottle there is quite a bit of “sediment” on the bottom of the bottle. It appears to be a cloud of floating (presumably) bacteria. It says directly on the bottle “Do Not Shake” . Which I find counter-intuitive because seeing that sediment on the bottom makes me want to mix it all up. But I do find it odd because if you are not supposed to shake the bottle then presumably you are not supposed to ingest the floating cloud. So it is a little tricky drinking this. I find you don’t get to actually finish the whole drink because you cant get at the liquid without getting the cloud sediment.

On opening the bottle there is a sound of releasing carbonation with a bit of fizz that releases. The drink is not carbonated but that is the best way to describe it.

It tastes like ginger but not as strong as I thought it would be. There is some sweetness but it is not overpowering. It really reminds me more of a ginger-lemonade if that is something that exists. There is a definite fermented taste to the drink. The ingredients list tea. But does not describe what kind of tea other than to say it is organic. I presume it to be black tea. I am not tasting much tea in the flavour. It has a taste very similar to the malt in beer. But it doesn’t taste like beer, just the malt part. There is a strong yeast smell to the drink which is throwing me off a bit.

Overall this is good. I had never tried a bottled kombucha before. I am not sure I will re-purchase this one. I would most likely try other flavours.