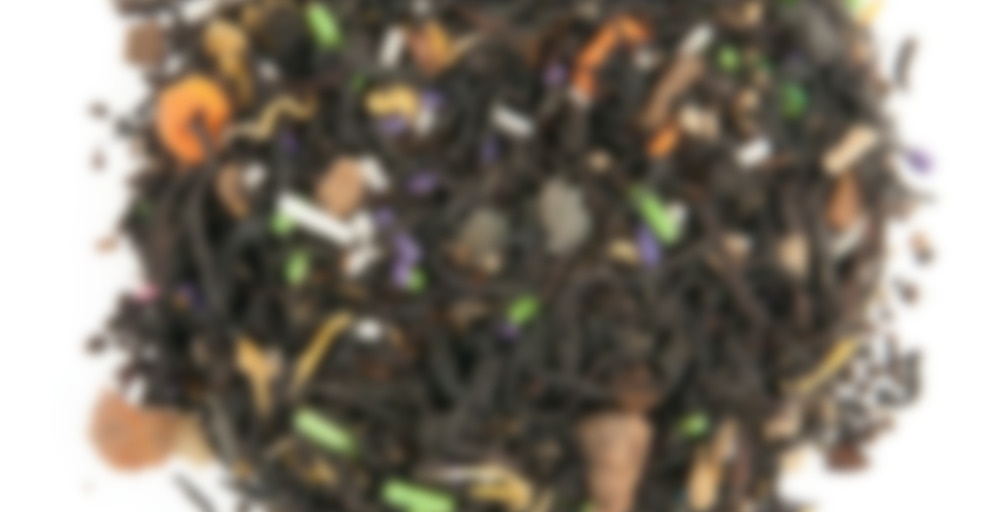 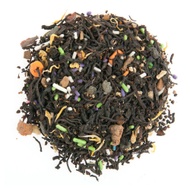 by Georgia Tea Company
57
You

Looking for something to warm you up when the nights are cool and spirits are in the air? Look no further. Blended to commemorate the 1820 short story, “The Legend of Sleepy Hollow” by Washington Irving, (1783 – 1859), Sleepy Hollow Pumpkin Chai is all but guaranteed to ease the chills. So, what goes into a tea named after the terrifying tale of Ichabod Crane and the Headless Horseman? Pumpkin, of course. (The story goes that the horseman had the head of a pumpkin.) Contains a select blend of herbs and spices, chai mix, cinnamon and ginger pieces. The taste of Sleepy Hollow Pumpkin Chai, it goes without saying, is to die for!

I’ve had this tea for a while, although apparently not as long as I thought. I thought for sure at least two years, but it’s really more like a year and a half. I’ve never tried it because I wasn’t super impressed with most of the teas that I had ordered from Georgia Tea Company, and I had so many others to drink. But today I decided to go ahead and try it out. I am taking this tea with milk and sugar because I feel like most chais are better that way (they are a little overwhelming to me straight). I would assume that this is a re-sell of Culinary Teas’s tea of the same name.

Side note: I looked at my old order form for this company and was reminded how all of these at least 1oz bags of tea I got were supposed to be sample sizes that made 10 cups. On what planet?? When I was first starting out in the tea world I was excited by really large samples. Look at all this tea I’m getting for $2! But now they kind of annoy me. An ounce is not a sample. An ounce is actually a lot of tea to get through.

Anyway, this is less than inspiring. Perhaps it has lost a fair amount of luster due to age. It tastes spicy and a little dusty. No pumpkin. Not even any substantial black tea flavor, and I didn’t skimp on the leaf or steeping. It tastes thin and flat. I think I may just toss the pouch of this since I doubt I will convince myself to drink it again, and I wouldn’t want to send anyone an old, flavorless tea. Unexpected sipdown? 144.

Hahah I feel the same way!! I even decline FREE tea if it’s in a large quantity. sometimes.

Also had a few nights ago on the couch (I needed a good laugh so we were rewatching our favorite holiday-centered Seinfeld episodes). So far this has been the only major miss for me (husband too) from the Georgia Tea samples (if you can call them that…I see now the only other note for this tea mentions how honkin’ huge the sample sizes are, ha…more like an ounce) we’ve tried. I don’t get any pumpkin at all, just overwhelming spices whose heat grows as you drink until it feels pretty much practically as spicy as that one ain’t-playin’-around Butiki one (which I love, but expect to be chile-oil-in-a-cup unlike this) but without any balance. It wasn’t totally undrinkable, but it’s too unbalanced in the “hot spice” direction given what you’re expecting. I think I’m going to mix the rest with other tea to try to mute the heat and add some complexity. If that doesn’t work I’ll take the resulting bend and grind it up as a rub for meat and side dishes.

EDIT: Clove! Yes, that’s it. Reading through other reviews of this (it’s apparently likely identical to/relabeled from a Culinary Teas blend with the same name and description), I see Dexter3657 pointed out how overwhelmingly clove-y it was. Yes. And clove is one of those spices where just a smidge too much can ruin things. (I know firsthand—there’s a special Rochester-style “hot sauce” recipe, a regionalism in that it’s not hot sauce as one thinks of it, the bottled kind, but instead a loose warmly spiced ground beef mixture similar to Greek-style Cincinnati chili that’s used to top the local “split and charred white hots” hot dogs and thin-pattied, caramelized onion-focused burgers…my family makes a version of it in vat-sized amounts to freeze and the secret ingredient that defines it is the clove but one time I put a pinch too much in and it 100% ruined the entire huge batch!) That’s the weird off-putting kind of metallic heat source in this. A-ha!

JennyFur sent this tea my way and I had made it once before however it had gotten cold before I could try a sip. Today, I was able to taste it hot and tbh I was not a fan. I think the key to a great chai is balance and this, despite everything in the mix, tasted like liquid cloves. Usually I enjoy the taste of cloves but this was over-the-top. There was no pumpkin (or really any other flavor) to be found other than cloves and for that reason, this actually went down the drain. Sorry but this was a miss although thank you JennyFur for letting me try it!

An interesting chai… but I feel like it’s missing a good deep chai taste. Plus there is absolutely no pumpkin… But I do like the spiciness of it. But that’s about it…

Cool name for it though!