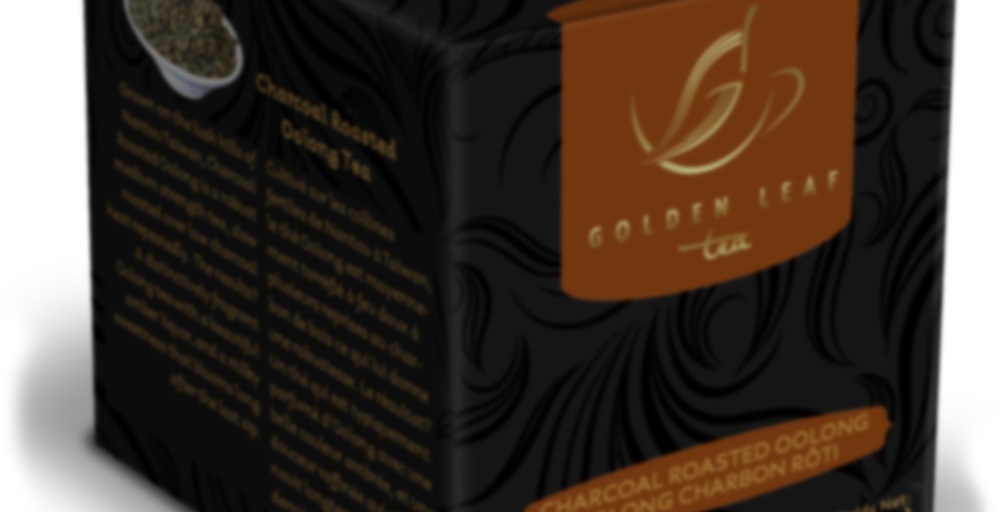 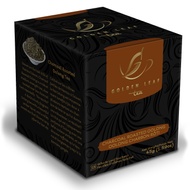 What a beauty! This is our version of the heavy roasted oolong. It is definitely not your typical heavy roasted teas. We took our time with this one, roasted over lower charcoal heat repeatedly. The results ? A distinctively fragrant Oolong tea. The liquor is not overly dark- it is a beautiful light amber, with milky sweetness that will bloom long after the last sip. A must try!

Easy on the palate, easy on the stomach, and above all, easy to brew. Charcoal Roasted Jade Oolong comes in convenient silk tea bags, bulk packed. It stores well, impervious to heat and oxidation.

This Oolong Tea will surprise you – an easy going tea that packs a surprising caffeine punch, improving mental alert without being jittery.

I thought I reviewed this….oh well.

I liked this one more than I thought I would. I tend to be persnickety about roasted oolongs, but this was well balanced. It had orchid and charcoal notes like a Qilan, but it is was still green and savory enough to remind me of its Taiwaneese origin. Like Amanda already described in detail, I got some hoppy notes of grain and buckwheat and honey. Roasted almond and monk fruit were in the after taste, because it was certainly nutty, and had a general sweetness that was a little bit hard to describe….like how monk fruit is sweet, but not really.

In terms of preferences, this was a 75, but because I plopped my bags sachets into my tumbler and drank them fairly often, I am upping the rating a little bit. Most importantly, it was an roasted oolong that was very light and easy to drink, so that makes a difference overall. I would not reach out for it, but it is more sophisticated than any average tea.

Two little blog announcements before I start off on the tea ramble. First, the blog has received its first donation from a reader, and I have to say a huge THANK YOU!! When Ben gave me the news (since Paypal is connected to his email) I just sat in giddy awe for a bit, that wonderfully generous news put a positive spin on what was turning out to be a dreadful day. The second bit of news is as I am sure my steady readers noticed (or the ones who follow me on facebook and saw the announcement) I missed a day of blogging, boo!! I had hopped that with this new schedule that would not happen, but I didn’t take into account multiple days of being under the weather, so to make up for it I will post two reviews.

Today I am looking at Golden Tea Leaf’s Charcoal Roasted Jade Oolong, a uniquely roasted Oolong. Usually when I run into Oolongs that are charcoal roasted they are dark in color and very strong in the char department, but this one was roasted repeatedly over low heat meaning it retained some of its green while still having iconic charcoal roasted notes. I was surprised when I opened the package to find silk sachets full of tea rather than loose leaf, but was pleased to see the sachet is fairly large meaning the leaves will be able to expand some. The aroma of the leaves inside their little sack is delightfully roasty toasty, with notes of corn silk, roasted barley, sweet toasted buckwheat, and a bit of freshly baked oatcake. It certainly brings the grains and nutty notes, and even has a slight touch of toasted acorns at the finish, which was peculiar but quite fun.

I was torn on how to go about brewing this tea, on the one hand it is in a sachet so it would be so easy to toss it in a mug and call it a day, or grandpa steep it, or cut the bag open and gongfu as normal since my gaiwan was all ready to go. I decided to be silly with it and just gongfu the bag, I mean, why not? The wet bag of leaves smells strongly of toasted grains, like oats, buckwheat, barley, and a bit of cracked wheat. Alongside these sweet and toasted grains is a touch of cooked spinach at the finish. The liquid has notes of honey drizzled buckwheat and sweet corn with a touch of barley and a distant buttery quality. It is light and sweet with a great amount of toast, reminding me of cereal.

The first steep starts with a honey drizzled oatcake note with a side of toasted buckwheat. It is sweet with a toasted buttery grain quality that tastes sooo good, it is like drinking breakfast. Towards the middle the buttery quality increases, as does the buckwheat, it is not as sweet, but that is fine since the grain quality reminds me of toast. At the finish there is a delicate note of spinach that is light, but adds a touch of green and savory to a mostly sweet steep. There is a light honey aftertaste that does not linger for too long.

On to the second steep, which still smells strongly of cereal and a bit of toast. The roast is a bit more present this time, it is still honey sweet but the sweetness takes a step back and lets the notes of toasted grain become the dominant. Notes of toasted oats and roasted buckwheat blend with a touch of rye and wheat. The aroma reminds me a bit of granola and again, makes me think of breakfast.

For the third steep, there was not a ton of change between the second and third, and the third to fourth for that matter. I sat with this tea for several steeps and was amused by the bag stretched to its limit containing the puffed up leaves, though they did not really get to expand to their full size, it was like a leaf corset. Man, I really wish I could draw because that gave me the best mental image…anyway…On a whim I grandpa steeped the bag for its finish and was rewarded with a wonderful buttery, buckweat and honey tea that was both light and wonderfully sweet. It was my last tea session of the day and quite a relaxing one at that, even if I did really want oatcakes afterwards.

For blog and photos: http://ramblingbutterflythoughts.blogspot.com/2016/09/golden-tea-leaf-charcoal-roasted-jade.html