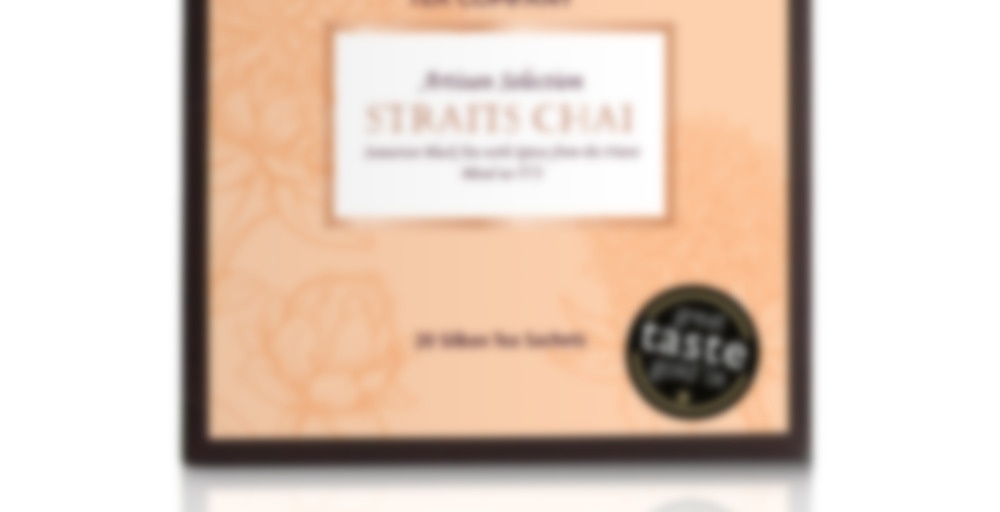 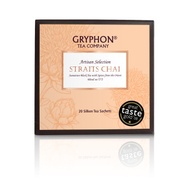 by Gryphon Tea Company
70
You

Sumatran black tea with spices from the Orient.

This morning, I still have a cold with a highly stuffed nose and reduced smelling and tasting abilities.
I decided then it was the perfect day to try the Chai I got from Gryphon’s Treasure box, and whose spice laden smell through the plastic bag was never enticing to me, when I had my full capacity.
I know it’s supposed to be drunk with a cloud of milk, but I can’t do that, as just the smell of milk is enough to unsettle my stomach.
The spice taste is really strong, there’s definitely aniseed, cumin, cardamom, something that remind me of Cayenne pepper, a strong aftertaste of clove. It really smells like a spice market in Aceh and that’s quite amazing. However, all those spices tend to overwhelm me, but not in a very good sense.
Under all those perfumes, I cannot identify anything that remind me of tea and I am wondering whether the tea base is strong enough – what I’ve noticed regularly with Gryphon is that they were strong advocates of “less is more”, but sometimes this quest for subtlety goes to far and translates into a tasteless brew.
Chai is also supposed to be drunk with sugar. After my first small cup “nature” to get the most of the flavors, I tried one with honey, thinking it would be interesting to see the flavors’ mixing. My honey is rather strong and that was not a good idea; the honey did not manage to cover the spices just added something else to a pot already overflowing.
I finally decided to make it simple with raw sugar; it’s definitely required. With sugar added in the brew, the spices flavor blend together and seem like subdued in comparison with the plain and too rough brew.
It’s like trying to preparing a dish that requires long slow cooking (like Boeuf Bourguignon or Osso Bucco for instance) in a hurry and eating it before the ingredients have had the time to blend and turn a standard dish into a nice tasty delight.
However to my opinion, even with sugar, this Chai reminds me too much of a dish overflowing with spices, but in which both meats and vegetables would have been too sparsely included. It was my first Chai drinking experiment and may well probably be one my last.
For the record, I did not really appreciate the few “Christmas teas” some friends pushed to me in the past, because of that and the spice overload was definitely not as strong as in this one.

cumin is a strange addition to a chai – not sure I would have dared. Though sometimes blenders do really know best.

My sympathies about the cold, I am getting out of one as well!

That’s actually your post about your blending your own Homemade Chai which gave me the idea that this would be the perfect “cure”;)
Definitely hope you’re feeling better.

Thank you, yes, I am feeling better, though the craving for chai is probably going to last a bit longer – it makes for a few grungy pots to scrub, but OMG it´s so good, where has that concept been all my life? My one best chai (so far) is Mariage Fréres´Chandernagor (predictably almost. it´s like they got a perfect profile on my nose and brain to figure out what cames out tasting perfect to me) but the homemade chai was fun to make and it is good – though admittedly I had some good spices at hand from Indian grocery stores which i think made a difference.

The first time I try, it remind me of traditional herbal medicine which is bitter and a little spicy… I don’t like it at the time.

I have to add unsweetened condensed milk and honey on my second try, and it become really good! However, since it is not so good by itself, I will not recommend others to buy it unless they want to make some chai or milk tea.

Well balanced, not overpowering, just as it should be. No milk required. Pleasant drop.

This is one of my favourite chais. I drink mine with two sugars and some milk.