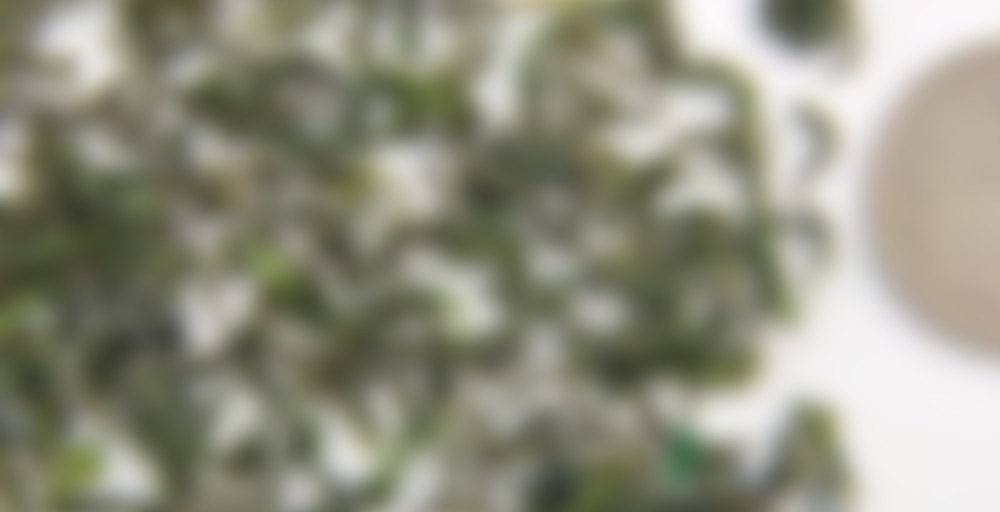 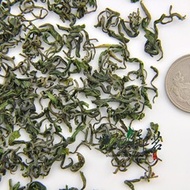 by Han Xiang Ecological Tea
79
You

brews to a greenish yellow.

The Tea tastes of the unique flavor of the green tea of the north.

thank you yyz… this sample was awesome!

a light, sweet fruity green… with a hint of musk that is not smoke and is also not pungent.

i swear my reviews are getting briefer by the day! =0(

And me also! I miss you!

I’m glad you liked it! Hope things are going well, despite all the busyness.

come back to us!

okay. massive stress + stupidity + a question: can you explain to me why I feel bad when a person in a position of power was sexually inappropriate (not physically) with ME? i know it was the individual’s fault/glitch/action/failing/legal bypass… and yet i know my prof is having a sit down with the person today and i am terrified. what is my problem?

well, what a thing to post in among the comments, yes?

what part of me being your employee/volunteer gives you the impression that you have any rights to inquire about (nevermind debate!!!) my sexual orientation!?? loudly. in a courtyard. and that was just the beginning.

ew. what an awful experience justjames. :( I’m sorry you had to go through that.

That sounds horrible. Sorry you are dealing with that :(

‘hearts’, James. Obviously you’re allowed to feel whatever you feel. :) I wish you luck!

Brief reviews are fine, too. You’ll come back to writing your poetic prose at some point!

There are only two answers to the question that arsehat asked you:

1- Oh, I was unaware that eunuchs thought of such things?
2- Hm. Good question. Maybe we should debate it further with the HR department’s sexual harassment advisor.

Many hugs to you. I hope it goes better than expected.

i always come up with the best responses AFTER the fact. i was SO caught of guard. i mean a MILLION times never expected. bah! why can’t people be normal human beings?

It’s healthy that you acknowledged the issue originated with the other person’s action. And it’s natural for a thinking, caring human being to feel stress after negative interactions with others. That doesn’t make it suck any less. One small consolation is that the community here on Steepster seems to be caring and supportive, and is a great place to open up and share. I hope in time this issue gets resolved and you find peace.

James, I hope everything went well yesterday. What an awkward and uncomfortable situation.

I feel for you.

Luckily I’ve mainly had to deal with such things when abroad in places where there is a stereotype about Western Women being quite loose. Fixed that by wearing a veil in some places and by learning a look that turned propositions into ‘Good Night Aunty’. There was a little bit of that when I worked in Aviation, but mostly from the pax, and to be sure there is a little bit of theatre in that job. I was only warned away from one man who had a reputation, was on wife number 4 and had a new baby.

Sorry you were put in such an awkward situation.

i appreciate everyone’s words of support. i meet with the guy today… he spoke with my prof yesterday. if he has not snapped back into line 100% then a) i will assist him into the position b) it will be the last meeting i attend with him. i have better things to do than to be inappropriately hassled by a creep.

how is it that a creep (there are so many alternative monikers i’d love to fill in here) runs such a BRILLIANT project? how did that happen??

Green tea has been marketed as a distinct Rizhao Brand in Rizhao, Shandong,
China since the 1998, though tea has been grown here on a wider commercial basis since the 60’s. It is often referred to as Sunshine, sunfall tea. Sometimes it is referred to as jiangbei ( north of the river tea) as well ( though this many not be unique to Rizhao tea). It is a popular enough tea in China that it has been subject to the problem of fakes ( with some
counterfeiter going so far as to dying tea, and some sellers cutting it with
tea from the south of China).

Rizhao tea is often marketed as a “health tea” because it has been shown to have higher levels of Catechins, amino acids, and selenium than other green teas produced in China.

It usually is known for having a blue green colour ( though those grown under green houses can be a lighter colour) and a chestnut/pea/fruity flavour. It is produced in xueqing ( curled ) form, a lonjing type form and a needle like form, over 4 seasons. It is one of the more northerly teas produced in China.

Some good sources of articles are ( when viewed by translator):

The first one sold as snow sunshine on aliexpress and early spring on the taobao site was harvested on 20/03/2013.

The second one was sold as Xianshuang type ( a thick and dense aroma/flavour
type) or spring tea and was harvested on 01/04/2013.

The snow sunshine tea is thick and loosely rolled coils with the leaves seeming wider than the xianshuang type. Short white hairs are visible on the leaves with the colour ranging from deep blue, green , through spruce green to a lighter grass green colour. The scent of the dry tea is fruity, with a touch of a roasted scent and touch of alfalfa/legume type scent. It smells less intense than the xianshuang type.

The xianshuang type is more tightly rolled with the leaves appearing smaller and slightly more coiled. The colour is a deeper spruce to blue green with pale green patches from furry buds and hairs. The scent is more of a fresh green scent rather than fruity, with a hint of a roasted savoury note.

They both steep to a pale greenish yellow, with the first steep appearing quite light after 45s at 82*C and with the colour intensifying and yellowing in later steeps (55, 70s).

The snow type smells very fruity with melon tones accompanied by chestnut, a
hint of smoke, and cooked peas, while the Xianshuang type has stronger chestnut notes with peas, and a faint floral/fruit plum note.

The snow type taste of a refreshing honeydew melon , a hint of fresh snap pea with a bit of chestnut underneath, accompanied with faint flavour from
roasting. In later steeps it remains fruity but savoury notes of chestnut, a roasted note and a slightly bitter spinach note develop more prominence. This is a refreshing, smooth, fruity green.

The Xiansuang type tastes of chestnut, spinach, and alfalfa/peas, along with a tone of warm, ripe, plum with a hint of papaya ( the small, rounder, sweeter ones). It is buttery, heavier, and more savoury than the earlier harvest tea with a denser broth. It smells and tastes fruitier as it cools.
Later steeps taste heavier and denser. This tea is refreshing but leaves a more tingling feeling in the mouth and has a bit more bitterness than the earlier harvest.

These teas both make really nice fruity greens with chestnut notes and with
references to peas and other legumes. I really enjoy the melon tones of the snow type and appreciate the more savoury notes of the later harvest.

**These teas were bought from aliexpress store Chinese Tea Distributor.
http://www.aliexpress.com/store/723612
Which appears to be an online seller for Qingquan Yu Ming ( Yu Ming Springs
also known as Imperial Ming Cha), a company which has been buying and selling tea within China since 1984 and seems to be specializing in Kim Chun Mei, Jasmine teas and Teas from Shandong( mostly green, but some Laoshan black teas).